Why are we persecuting Rhea Chakraborty when Demands for Legalisation of Cannabis are Growing?

The investigation into the death of actor Sushant Singh Rajput has revealed evidence of usage of marijuana by him and his girlfriend Rhea Chakraborty, who has been arrested for the same. Cannabis or marijuana is a native Indian plant that finds place in Indian culture. Tracing the history of war on drugs, VRINDA SINGH OBEROI writes on the legal dichotomy between criminalisation of marijuana and legalisation of bhaang by the Indian state.

THE drug angle in Rhea Chakraborty- Sushant Singh Rajput case has generated enough conversation in the country on the use, consumption and possession of our native plant Cannabis Sativa.

All over the world, cannabis is being talked about for its benefits in alleviating pain and suffering from cancer patients to depression patients alike.  The United Nations Office on Drugs and Crime says 3.2% of India uses cannabis.

In 2018, the Central Council For Research in Ayurvedic Sciences (CCRAS), a research body under the Ministry of AYUSH, announced that it had found use of cannabis as a restorative drug for cancer patients. A 2019 study conducted by the All India Institute of Medical Sciences reported that 7.2 million Indians have consumed cannabis within the last two years.

India has seen its fair share of calls for legalisation of cannabis.

Starting in 2015, we have seen proposals and all from politicians putting forth proposals to cultivate, process and consume legalised marijuana in India.

In March 2015,  Lok Sabha MP Tathagat Satpathy started a Reddit Ask Me Anything platform and first criticized the ban on cannabis as “elitist” and as “an Indian overreaction to the scare created in the world by the United States of America”.

We as a nation are imprisoning our intellectuals, activists and youth.  We are losing our collective consciousness and ourselves; something bhaang purportedly helps with.

Again in 2016, Romesh Bhattacharji, former Commissioner of Central Bureau of Narcotics- the same agency that is behind Rhea Chakarvorty’s arrest- said,  “This needs to be debated in the face of such stiff ignorance which often takes root in the moral high grounds people take after being influenced by the UN conventions. This law [NDPS Act] has been victimizing people since 1985″. 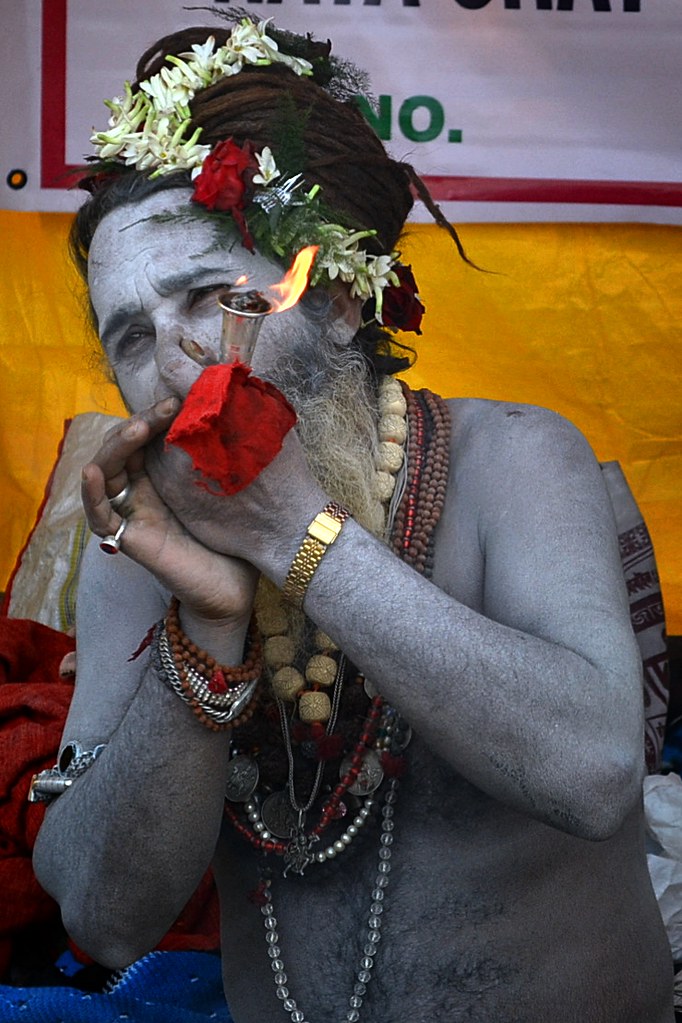 Nativity of Cannabis to the Indian subcontinent

The Cannabis plant is indigenous to the Indian subcontinent. Like Homo Sapiens were to Africa, Marijuana is to India. Its first uses have been found to date back to 2000 BCE. The ancient plant finds mention in the Rigveda (c. 1700–1100 BCE), Atharvaveda (c. 1500–1000 BC), and is used in many medical preparations in Sushruta Samhita (c. 600 BCE). India traded it with Central Asia, from where it moved to Europe and finally made its way to the Americas.

The British made multiple attempts- in 1838, 1871, and 1877- to criminalize and tax cannabis in British India. The prime reason for this was the commercial aspect linked to taxation of cotton as cannabis-hemp can be processed to make a more durable fabric.

Back in 1961, the International Treaty Single Convention on Narcotic Drugs classed cannabis with hard drugs. Proud of its culture and history, the Indian delegation opposed it on the basis of intolerance to the social and religious customs of India. As a compromise, the Indian Government promised to limit the export of Indian hemp.

The final draft of the treaty defined cannabis as “the flowering or fruiting tops of the cannabis plant (excluding the seeds and leaves when not accompanied by the tops) from which the resin has not been extracted, by whatever name they may be designated.”

This kept Bhaang out of the legal definition of Cannabis and paved the way for its sale, often at government shops, and consumption in many states across India. We won a battle of semantics since there is no chemical distinction between bhaang, marijuana, weed, ganja, or charas.

The Science of Cannabis

The cannabis plant has two chemicals that are often time discussed. They are Cannabidiol (CBD) and Tetrahydrocannabinol (THC).

So the government banned the recreational use of weed but allowed its use for customary and religious practices. Therefore, as long as we call it bhaang, and not weed, hash, charas, or ganja, we are on the safe side of the law.

Both CBD and THC have the exact same molecular structure: 21 carbon atoms, 30 hydrogen atoms, and 2 oxygen atoms. However, despite their similar chemical structures, CBD and THC don’t have the same psychoactive effects. CBD is psychoactive, just not in the same manner as THC. In fact, CBD has been shown to help with anxiety, depression, and seizures.

Bhaang has both THC and CBD as active components. 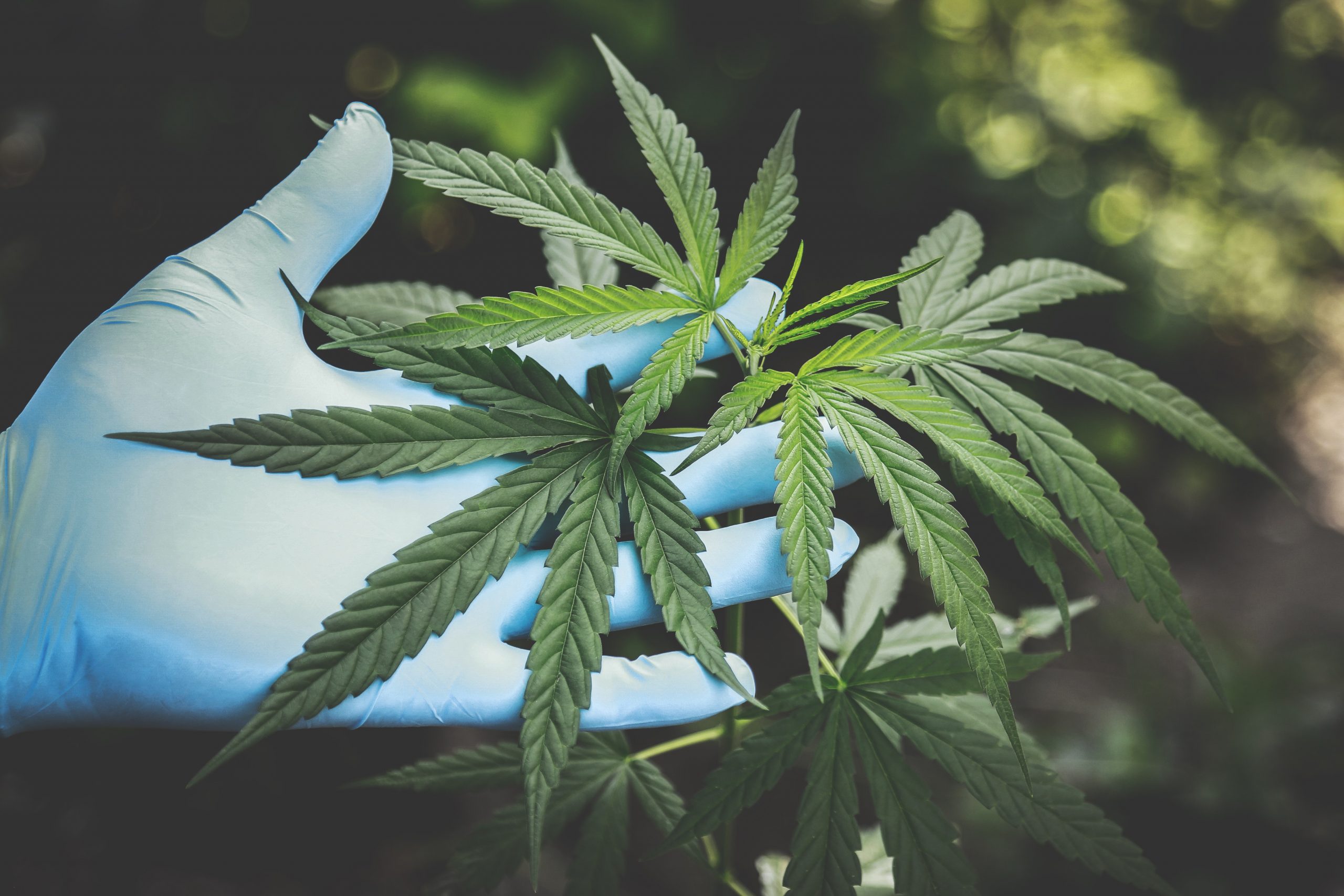 So the government banned the recreational use of weed but allowed its use for customary and religious practices. Therefore, as long as we call it bhaang, and not weed, hash, charas, or ganja, we are on the safe side of the law.

Thereby, the law, in theory, agrees with the implicit benefits of having an altered state of consciousness, but while pacifying it’s now internalized Victorian morality that has unquestionably become a part of the sub-continental identity.

“The War on Drugs” began in June 1971, when U.S. Pres. Richard Nixon declared drug abuse as “public enemy number one”. He increased federal funding for drug-control agencies and drug-treatment efforts. Then came President Ronald Regan, who kicked into high gear a campaign for a worldwide law against drugs.

Notably, the war on drugs has now become synonymous with a war on African Americans and other marginalized communities.

The Act keeps Bhaang out of the purview of the law. The NDPS Act does not outlaw cannabis but allows the cultivation of cannabis for industrial purposes and for horticultural uses.

In 1985, Rajiv Gandhi succumbed to the US pressure and enacted the Narcotic Drugs and Psychotropic Substances (NDPS) Act as we know it today. The Times of India had criticized the act as ‘ill-conceived” and “poorly thought-out” since the law provided the same punishment for all drugs. The paper also argued that the Act had “actually created a drugs problem where there was none.” 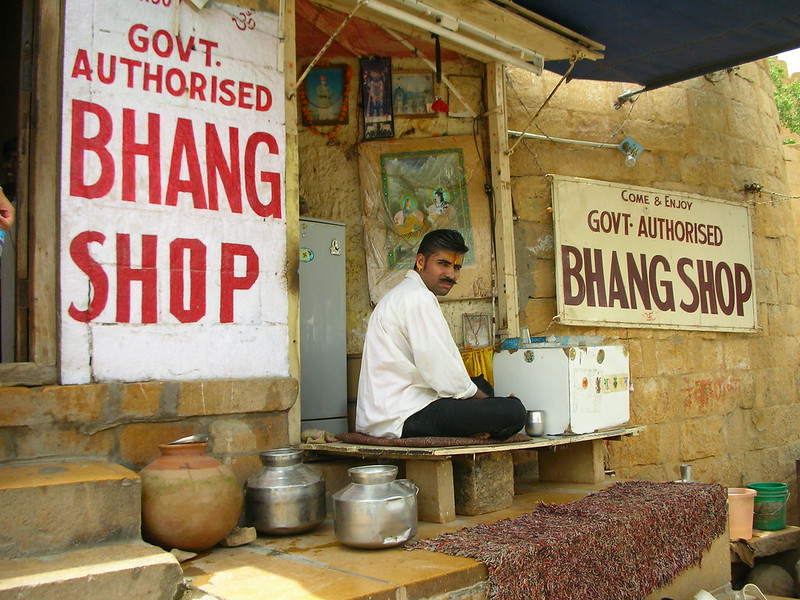 Leeway to the States

The NDPS Act is central legislation while policing is a state subject. A classic slip between the cup and the lip, some states have allowed for bhang to be sold in government-licensed thekas. States like Uttar Pradesh and Rajasthan have many thekas that are very popular with tourists. Then there are states like Uttrakhand where the cultivation of marijuana is legal.

On 21 February 2017, Gujarat legalized bhang by removing it from the list of “intoxicating drugs” covered by Section 23 of the Gujarat Prohibition Act. Gujarat’s Minister of State for Home and Prohibition Pradipsinh Jadeja , explained, “Bhang is consumed only as prasad of Lord Shiva. The state government has received complaints of misuse of prohibition act against those found drinking bhang. Hence, keeping in view the sentiments of the public at large, the government has decided to exempt bhang from the ambit of Gujarat Prohibition Amendment Act. Bhang is less intoxicating as compared to ganja.”

This distinction may make the government feel better but is, in fact, factually incorrect. There are no grounds for the intelligible differentia that is attempted to be established.

Instead of talking about the science and history of this plant it has become a tool for national shaming and moralizing.

In Maharashtra the law is very clear, Section 66(1)(b) of the Bombay Prohibition (BP) Act, 1949, “bans manufacture, possession and consumption of bhang and bhang-containing substances without a license.”

Instead of talking about the science and history of this plant it has become a tool for national shaming and moralizing.

Rhea Chakraborty’s arrest has shocked the people of the nation, of what we might be becoming, and pleased the powers, for how easy they find it to avert our attention from important matters.

Today our central agencies are using the very same colonial laws to colonise its very own people. Laws that were made for colonial enrichment, racial discrimination and only for oppression to discriminate are now being used against our very own.

We as a nation are imprisoning our intellectuals, activists and youth.  We are losing our collective consciousness and ourselves; something bhaang purportedly helps with.

Anti-Defection Law has Failed and Should be Scrapped

Judges Should Understand, Law and Justice are Often not Synonymous

Protesting Against Sex Abuse is Not Defamation: Court in Priya Ramani Case Empowers Women to Speak Up

ECA, 2020 Overlooks Food Security and Farmers’ Rights in a Win for Agri-Businesses and Exporters