Veera Gets Lucky as Emergency Case Will Be Heard

bySanjoy Ghose
in Analysis, Democracy and Rule of Law, Freedom of Speech, Politics

The alacrity with which the Supreme Court took up a nonagenarian’s case of declaring the Emergency “unconstitutional” has raised eyebrows. While social media is all agog over how her counsel Harish Salve could manage priority listing, the fact is that all cases are not so lucky. Most are dealt with in an arbitrary manner and can either be listed with regularity or peculiarity or languish in the storage rooms of the Court for months, if not years.

Nonagenarian Veera Sarin has moved the Supreme Court with an unusual prayer—she wants the Emergency of 1975 to be declared “wholly unconstitutional”. News of Veera’s legal adventure amid the raging pandemic made news even before her newly engaged counsel could utter the first words in Court. Social media burst out in outrage, merriment and amusement and combinations thereof.

Veera lives in the idyllic town of Dehradun, the magical land of Ruskin Bond, her neighbour up the hills in Landour.  She has seen a lot in her 94 years.  Some good, some bad.  Many of you, who have watched several seasons of “The Crown” on Netflix would never have thought that fog-infested London, that almost brought down Winston Churchill and gave Lillybet a few sleepless nights, had also caught and detained Veera on a train from Manchester to London.  Yes, Veera’s journey had taken her from sleepy Moradabad to the British Isles for higher education in times when beti padhao was not a national slogan. 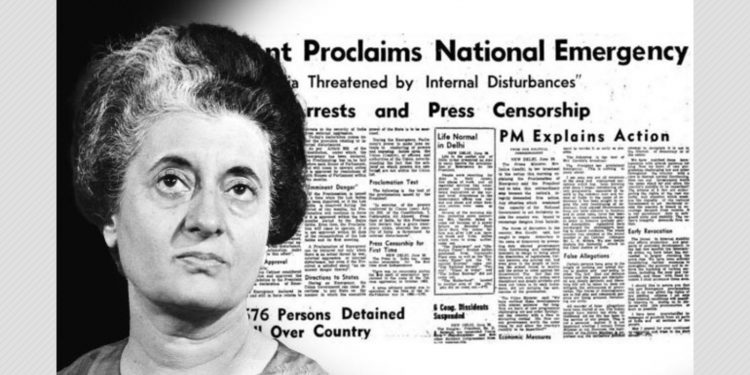 Fate brought Christian Veera into the life of Delhi businessman HK Sarin who, in the ’70s, dealt in luxury brands like Bulgari and Pierre Cardin. He even doubled as an assessor of jewels for many of the princes who had been forced by Sardar Patel to surrender to the Instrument of Accession.

In 1974, the eye of the State fell on Sarin’s business.  During the dark days of the Emergency, his property was confiscated and the Sarins fled to the US.

Veera returned to a changed India in 1996. The detenues of the Emergency, who were in prisons around India, were now her new masters.

Recently, Veera decided that she has been silent for too long and moved the Supreme Court over an issue which had aggrieved her for long. As with the House of God, where a good poojari can effectively convey the wishes of the devotee to the Lord, in the Temple of Justice, there is a need to retain a good pleader. Veera would not compromise on this.

A constant critique of the case management of the apex court, even before Covid-19 made it across the Himalayas, was the sheer lack of certainty and arbitrariness.  Certain cases would be listed with regularity, others with peculiarity (eg, an old contempt case against Prashant Bhushan), while the files of others would languish in the storage rooms for months, if not years.

In many High Courts, such as in Delhi, all matters other than those admitted for regular hearing would get specific dates for their next listing before the court.  This date could be easily verified by the litigant and his lawyer by accessing the court website. In contrast, cases pending before the apex court would only have approximate dates of listing.

There was no guarantee that a matter would be listed on an approximate date or later.  Even when a case would be lucky to find mention in the “Advance List”, an advocate-on-record (AoR) would await with trepidation the “Deletion List”, hoping his case would not be knocked off on account of “excessive matters”.  No doubt, if a party was in the enjoyment of an interim order from the Court, the prospects of such a knockout was not unpalatable.

The pandemic made matters worse.  Now with the limitations of time and technology, the dream of a systematic and early listing of matters has further ebbed. I remember when TV journalist Arnab Goswami’s plea was listed with alacrity, a fuming AoR who was waiting to get his numbered cases listed in Court, called me to vent his frustration. The reaction to the profound success of Veera’s adventure, ably assisted by everyone’s favourite–Harish Salve, Queen’s Counsel–managing priority listing, has to be understood in that context.

Vajpayee, a victim of the brutality of the Emergency, understood that some battles are meant for the streets–to be fought politically rather than legally.

The Court, which is yet to decide on the validity of demonetisation, introduction of electoral bonds, dilution of Article 370 and a horde of pressing contemporary issues that have the potential to alter the political landscape and constitutional architecture of the nation, will hear Veera Sarin.

Social media was merciless regarding the need to take up this issue.  From Queen Victoria’s Proclamation of 1858 dislodging the Company Bahadur, to the Government of India Act, 1919, many a problematic issue was thrown up as a possible legal challenge the top court could bestow its attention to as it decided on the legality of the Emergency. The fatal night it was signed on has often been caricatured with President Fakhruddin Ali Ahmed signing off on the Proclamation of Emergency from his bathtub at Rashtrapati Bhawan, and greeted with blank editorials and mischievous obituaries in next day’s papers.

There is no doubt that Indira Gandhi’s Emergency raises many legal issues on which many a scholar of constitutional law and political science has expounded from time to time.  Some of them are as follows:

* The External Emergency of 1971 had still not been revoked.  Could a second one be declared in such circumstances?

* The recommendation was of the prime minister and not the council of ministers which was only informed about it the next morning, long after the proclamation had been signed.

* What was the adequacy of the material before the executive to conclude that there was a serious threat to the security of India on account of “internal disturbances”–a ground which was deleted by the Janata Party through the 44thAmendment when it came to power? 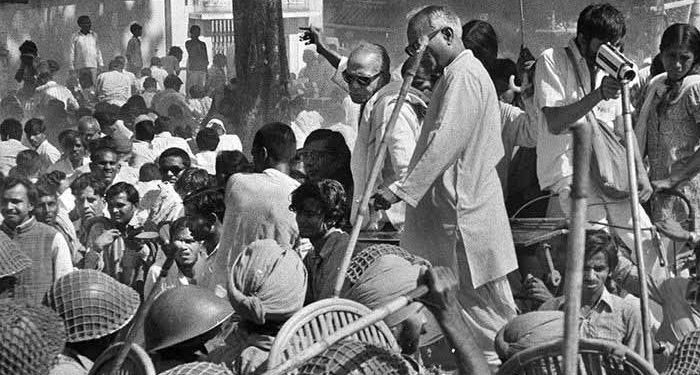 Sure, George Fernandes had called upon the armed forces to revolt and the railways had even gone on strike.  Sure, JP had given the clarion call for “Total Revolution” or Sampoorna Kranti.  However, did such threats really cross the threshold of “law and order” and “public order” and transcend to the higher stratosphere of “security of state”? Was it instead, as many suspected, the twin-blows of the Gujarat assembly loss and the Allahabad High Court verdict that led Mrs Gandhi to take such a drastic step? While it can be conceded that the Court was yet to discover the Bommai route of mining out for itself from the “Constitution’s dark matter”, the right to judicially scrutinise the adequacy of the material before a decision to invoke Emergency powers can be taken. Yet, nothing prevents a constitutional analysis of her decision by application of this judicial doctrine.

Vinay Sitapati, in his latest book “Jugalbandi”, writes about Atal Bihari Vajpayee’s reaction to the Supreme Court’s decision in ADM Jabalpur, which the Court itself has now, in Puttaswamy’s case, sought to bury several fathoms under. Instead of further embarrassing a compromised judiciary, India’s future prime minister reacted with calm, observing that all battles are not to be fought in courts of law. Vajpayee, a victim of the brutality of the Emergency, understood that some battles are meant for the streets–to be fought politically rather than legally.

Harish Salve is an eminent counsel blessed with such persuasive powers that even the most powerful find it difficult to say no to him.  After expressing some initial reservations, the Court has now agreed to hear Veera’s case.  Notice has been issued to the central government. A regular commentator on constitutional law reacted on Twitter with cryptic and telling words: “Beyond parody”.

Perhaps this delay of decades ought to be, and ultimately shall be, met by the law of laches (which would warrant that the doors of justice be shut to poor Veera with a polite “sorry Ma’am, you are late”), or perhaps the eminent counsel might succeed in persuading the Court to invent an exception to this doctrine when the grievance is against a constitutional wrong of gargantuan proportions. It is idle to speculate and one should not, as the matter is now sub-judice.  I, for one, am not complaining as I have found a very good line of argument to use in cases where my appeals are delayed by a few weeks or months.

(Sanjoy Ghose is an advocate practising in the High Court of Delhi and in the Supreme Court of India. The views are personal.)

Bombay HC on media trials: provides indicative list of what will amount to contempt of court

India’s Polarised Media Reflects Crisis of Confidence in its Politics

Dilip Chhabria made crores designing cars, then why did he design creative ways to defraud banks?

How Long Must Poorer Nations Wait for Access to Covid Vaccine?

Bombay HC on media trials: provides indicative list of what will amount to contempt of court

Farmers Protests: Why do you want us to tell you what powers you have? CJI Bobde asks AG