Police officials inquire about the gang rape and death of an Anganwadi worker in the Ughaiti area of Uttar Pradesh’s Budaun district on January 6, 2021. Courtesy: Twitter

A brutal gang-rape and murder in a western Uttar Pradesh district has revived memories of Delhi’s Nirbhaya case. Earlier, the same state had been rocked by protests over the rape of a Dalit teenager in Hathras, writes ATUL CHANDRA from Lucknow.

A fifty-year-old woman was brutally murdered after she was gang-raped at a temple in Uttar Pradesh’s Budaun district on Sunday. An Aanganwadi worker, the woman had gone to the village temple at around 5 pm to pray for her mentally-challenged husband and their five children.

Budaun had earlier shot to global infamy after the rape and murder of two teenaged cousins in 2014.

Two men, Vedram and Yashpal, have been arrested for brutalising the woman, but the temple priest, Satyanand, allegedly the main accused, is absconding. Evoking horrific memories of the 2012 Nirbhaya case, the woman’s post-mortem report said a metal rod was inserted in her private parts. She also suffered a fractured leg and broken ribs.

The victim’s daughter saw the perpetrators drop the barely-alive woman outside her house. She said her mother was unconscious and was profusely bleeding.

A case of gang-rape citing sections 376D and 302 (punishment for murder) and other provisions of the IPC has been registered against the accused. The station house officer of Ughaiti police station, the area under which the crime occurred, has been suspended for lapses.

Suspension is a routine action against government servants and so is the attitude of the Uttar Pradesh Police towards registering complaints of rape victims.

The savage incident has brought back memories of the rape and murder of a young Dalit woman in September last year, and the overt attempts of the Hathras administration to cover it up.

The 19-year-old was assaulted on 14 September, when she and her mother had gone to collect grass from the fields belonging to Thakur caste landlord family in the Boolgarhi village of Hathras. The teenager was dragged away from the proximity of her mother by the accused, who allegedly tied her dupatta around her neck and gang-raped her. Her mother found her lying in a pool of blood. Her tongue had been cut off. She then called her son and together they took her to the Chandpa police station.

What followed in Hathras was a murky drama to protect the powerful Thakur community to which the rapists allegedly belong.

The young woman’s family has alleged that the police first rejected their claim of sexual assault and delayed registering an FIR. The unconcerned police told the family to take her away and took another ten days to arrest the accused.

The victim’s brother alleged that one Sandeep had tried to kill her. The accused was arrested after the police registered the FIR. The police first took the young woman to a district hospital, from where she was referred to the JNMC Hospital at Aligarh Muslim University. In her recorded statement at the hospital, she named two attackers including Sandeep and said they had tried to molest her. In her dying declaration, made before the district magistrate on 22 September, she named three others—Luvkush, Ravi and Ramu—of sexual assault and attempts to strangulate her.

The post-mortem report said that due to repeated attempts to strangle her, her neck had suffered a fracture.

After 14 days at the JNMC Hospital, she was referred to AIIMS Delhi but for reasons better known to the administration, she was shifted to the Safdarjung Hospital. She died there on the morning of 29 September.

A protest broke out in and outside the Safdarjung Hospital with members of the Congress party and the Bhim Army staging a dharna all through the day.

What followed was a condemnable act by the Hathras administration headed by the district magistrate. The police forcefully cremated the victim’s body at 2.30 am, when it is customary among most Hindus not to light funeral pyres after sunset.

In utter disregard of the rights of the dead victim and her family, the police and district administration conducted the cremation of the Hathras victim without her family’s consent or knowledge.

The state authorities went all out to deny rape and cast aspersions on the family. The Additional Director General, or ADG in charge of law and order, Prashant Kumar, said the forensic report had revealed that the teenager was not raped. He was also quoted saying that no semen was found in the forensic report. His statement drew wide criticism as her swab samples had only been taken 11 days after the incident. Kumar was also pulled up by the Allahabad High Court for commenting on an offence whose investigation he was not directly involved in. To the government’s embarrassment, a subsequent CBI inquiry confirmed rape charges. 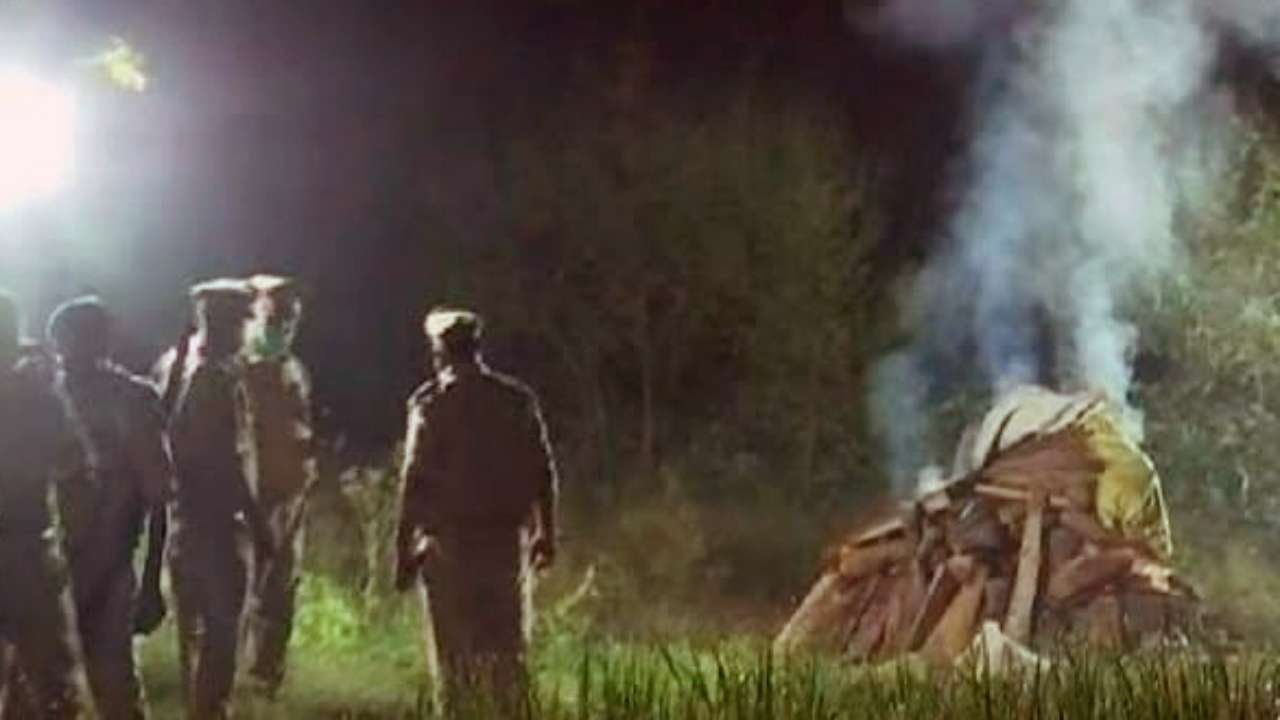 In a video, the Hathras district magistrate was seen threatening the victim’s family to change their statement as the media would not be around in the village forever. “These media people will leave in a couple of days…We are the ones standing with you,” he is heard saying in the video.

The government suspended five police officers, including the Superintendent of Police, but spared the District Magistrate, which led the High Court to ask the Additional Chief Secretary, Awnish Awasthi, whether to allow the District Magistrate to continue. He was then shifted to Mirzapur in a routine shuffle of officers.

How desperate the Chief Minister Yogi Adityanath government was, to project the criminal assault on the Dalit youngster as a conspiracy to create caste tensions in the state. It even hired a Mumbai-based public relations agency that sent out press releases denying rape. After the intervention of Prime Minister Narendra Modi and the Allahabad High Court, a CBI investigation was ordered. This is the probe which confirmed the charges levelled by the family.

(The writer is a senior Lucknow-based journalist and former resident editor of The Times of India in Lucknow. The views are personal.)