The Supreme Court recently delivered a landmark judgment declaring daughters to possess coparcenary rights by birth in light of the Hindu Succession Act Amendment of 2005. Tahir Ashraf Siddiqui, an Advocate on Record in the Supreme Court of India, examines the landmark judgment in light of the evolution of Hindu personal laws and gender justice for women.

IN a fillip for women in the Hindu joint family, the Supreme Court declared that daughters are members of the coparcenary on the same footing as sons from the date of their birth, thereby overruling the observations made in Prakash and Mangammal. Before 2005, the right of inheritance of a woman was limited to self-acquired properties or those conveyed through a will as she was not recognised as a member of the coparcenary

IN a landmark judgment, Vineeta Sharma v Rakesh Sharma & Ors, the Supreme Court showed its emphatic backing for gender justice and the constitutional vision of equality.

In this judgment, a three-judge bench of the Supreme Court was constituted to resolve the conflict of opinion between a two-judge bench’s decision in Prakash vs. Phulavati (2016), which was later followed in Mangammal v. T.B. Raju  (2018) and [email protected] v Amar (2018). The issue under contention was whether a woman is entitled to the rights of a coparcener from the date of her birth or the date of the 2005 amendment, and if she is dependent on the death of her father.

Section 6 of the Hindu Succession Act, as amended in 2005, provided that in a Hindu joint family, the daughter of a coparcener shall by birth become a coparcener in her own right in the same manner as the son and have the same rights in the property if she had been a son.

What does the Hindu Succession Act say?

Section 6 of the Hindu Succession Act, as amended in 2005, provided that in a joint family governed by the Mitakshara law, the daughter of a coparcener shall:

(c) be subject to the same liabilities in respect of the said coparcenary property as that of a son, and any reference to a Hindu Mitakshara coparcener shall be deemed to include a reference to a daughter of a coparcener.

Notably, Section 6 clarifies that this amendment will not affect or invalidate any disposition or alienation, including any partition or testamentary disposition of property which had taken place before December 20, 2004.

Interpreting this provision in 2015, the Supreme Court in Prakash held that the 2005 amendment does not apply to those cases where the father of the claimant woman died before September 9, 2005, as the amendment contemplated “living daughters of living coparceners as on 9-9-2005” regardless of when such daughters were born.  The Court observed that as there was no express statement for giving retrospective effect to the amended provision, the Court could not apply it to this case where the father had expired in 1999, i.e., before September 9, 2005.

On February 1, 2018, a bench of equal strength of the Supreme Court in Danamma took a different position and held that the share of the father would devolve to daughters irrespective of the date of his death as the right of a coparcener is not based on this date but on the birth in the coparcenary. In this case, the father of the living daughter died in 2001.

The Supreme Court in Prakash held that the 2005 amendment does not apply to those cases where the father of the claimant woman died before September 9, 2005, as the amendment contemplated “living daughters of living coparceners as on 9-9-2005” regardless of when such daughters were born.

The same question came before another bench in Mangammal, where, in a judgment delivered on April 19, 2018, the Supreme Court had both contrary views placed before it. However, without going into the details of the conflict or expressly acknowledging the correctness of one over the other, the Court implicitly followed the “logic of Prakash” and held that there should be a living daughter of a living coparcener to inherit the property on the date of enforcement of the amended provisions of the Act.

An Analysis of the Vineeta Sharma Judgment 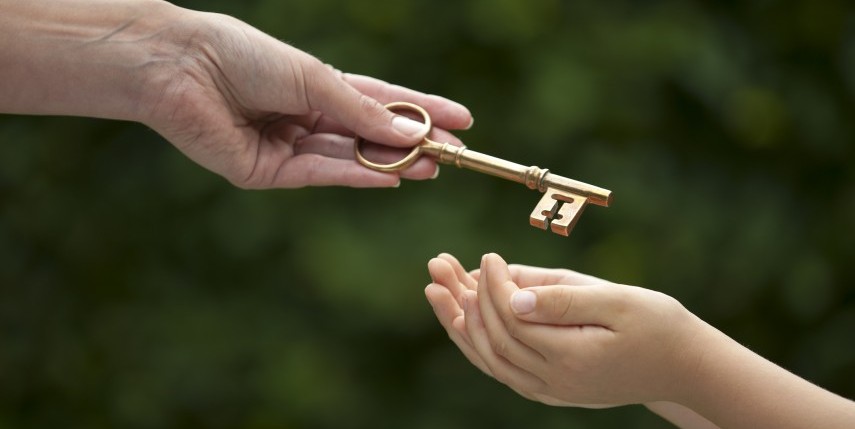 After considering the divergent viewpoints, the Supreme Court in Vinita Sharma emphatically declared that daughters are members of the coparcenary (Hindu joint family owning ancestral property) on the same footing as sons from the date of their birth and not from the date of the 2005 amendment even if the father had died before this year. The only exception to this declaration of law is coparcenary properties which were disposed   or   alienated   (including by way of a partition or testamentary disposition of the property) before December 20, 2004, in terms of Explanation to Section 6(1).

In 2018, the Supreme Court in Danamma held that the share of the father would devolve to daughters irrespective of the date of his death as the right of a coparcener is based on the birth in the coparcenary.

What this effectively means is that in all cases where a Hindu family owns a joint property, the daughter automatically has an equal right like any other member, regardless of whether her father is alive or not. This applies to all age groups, be it a senior citizen or an infant. Before 2005, the right of inheritance of women was limited to self-acquired properties or those conveyed through a will as she was not recognised as a member of the coparcenary. The Supreme Court has thus, overruled the contrary observations made in Prakash and Mangammal. Although it agreed with the reasoning and judgment of the Court in Danamma in paras 23 and 25 to 27 on giving equal rights to a daughter even before the Amendment Act, it overruled those parts of that judgment where the Court agreed with the decision in Prakash   with respect to the effect of the statutory partition.

Besides clarifying the law, the Supreme Court made an elaborate survey of the progression of the law of inheritance of Hindus, including the formation of the joint family, its property and coparcenary before and after the 2005 amendment. The judgment also discusses the meaning and scope of the statutory fiction of partition under Section 6. It also enunciated the jurisprudential aspects determining retrospective, prospective and retroactive readings of statutory provisions and their concomitant features.

The Court took a progressive stance and stressed a liberal reading of beneficial statutory provisions in favour of the beneficiary. It also emphasised the sanctity of family settlement, but cautioned against placing blind reliance on bare pleas of oral partition without documentary proof such as public records and called for acceptance of an oral partition before December 20, 2004, only when it is “proved conclusively”. The Supreme Court cautioned courts that the finding of an oral partition “is not to be based on the preponderance of probabilities in view of provisions of gender justice and the rigor of very heavy burden of proof which meets intendment of Explanation to Section 6(5)”. The Court further declared that “it has to be remembered that the courts cannot defeat the object of the beneficial provisions made by the Amendment   Act”.

Vineeta Sharma is a must-read for legal practitioners and students

These are some of the salient features of this remarkable case along with many others, which resultantly makes Vineeta Sharma a must-read for legal practitioners and law students alike.

After considering the divergent viewpoints, the Supreme Court in Vinita Sharma emphatically declared that daughters are members of the coparcenary (Hindu joint family owning ancestral property) on the same footing as sons from the date of their birth and not from the date of the 2005 amendment even if the father had died before this year.

A number of cases are pending in different courts on these very aspects which were clarified now by the Supreme Court and the hearing in “the matters have already been delayed due to legal imbroglio caused by conflicting decisions”. All such pending cases shall now be required to be decided in terms of the law declared in Vineeta Sharma. It is important that the judgment and the references made therein are absorbed by the stakeholders in their true spirit in order to have a correct understanding of the issues that have vexed the governance and practice of inheritance of coparcenary properties since the passage of the 2005 Amendment Act. 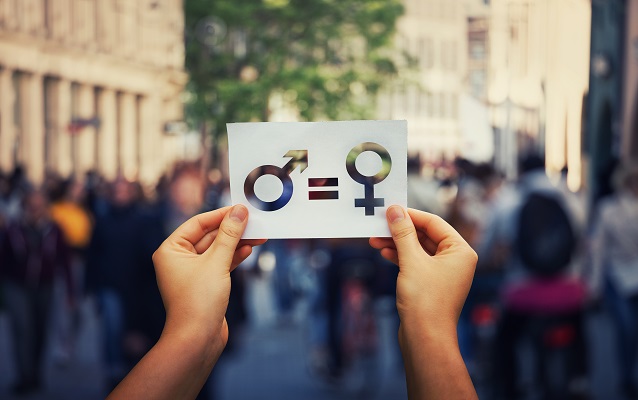 It is also important to remember the contribution of our founding fathers in piloting the ambitious project of removing gender-based inequalities regardless of the consequences in a society entrenched with patriarchy.

The Constitution of India (Article 14 and 15) recognised equal rights for all its citizens and prohibits all discrimination on the ground of sex only, amongst others. In fact, Article 15(3) enables Parliament to make beneficial provisions in favour of women and children.

The removal of gender-based discrimination in inheritance laws was a cherished goal of the freedom movement and the Constitution demanded that legislative measures are undertaken in this regard to fulfill the constitutional promise of equality.

The comprehensive Hindu Code Bill was piloted by Dr B.R.Ambedkar (which included reforms in marriage, inheritance, adoption, guardianship, etc) for Hindus. So passionate was Dr Ambedkar about gender-based reforms that he resigned in protest from the position of Union law minister over dilly dallying by the cabinet in September 1951. Prime Minister Jawaharlal Nehru, being the head of the government, could not afford to be as aggressive and straightforward as Dr Ambedkar due to huge opposition from dominant sections of his own party and the government, including the cabinet, and President Dr Rajendra Prasad. In fact, he had to withhold the Bill and formulate a difficult consensus for five years, all through which he showed immense courage and commitment to the cause and stood by his assurance that “his government would stand or fall by the Hindu Code”. After a great deal of persuasion and discussion, Nehru had his way and the promise was fulfilled with the codification of marriage, inheritance and adoption-related legislation for Hindus in 1955 and 1956, albeit with concessions to the conservatives. What was set in motion in the 1950s finally reached its logical and desirable end in 2005. Now the said beneficial provisions regarding equal rights in coparcenary have been interpreted in their true letter and spirit progressively in Vineeta Sharma.

Regrettably, the gender-based egalitarian interventions in inheritance laws were limited to the majority community and inheritance reforms among religious minorities were left by the Legislature to be carried out perhaps at a more opportune time, which is, unfortunately, yet to come. It is now sincerely expected that we see genuine gender justice interventions by Parliament for other communities too in property rights so that the constitutional promise of equality, regardless of populist expediencies, is fulfilled.

(Tahir Ashraf Siddiqui is an Advocate-on-Record in the Supreme Court of India and and founder, TASC Law. Views are personal.)

Who Will Penalize the Laxity on the Part of Law Enforcers? – Part II

@
Tahir Ashraf Siddiqui is an Advocate- on-Record, Supreme Court of India and founder, TASC Law. He practices before the Courts in Delhi. He is an alumni of National Law University Jodhpur. He may be reached at [email protected]