Rainbow in the Sky

Today, September 6, 2020, marks the second anniversary of the landmark Supreme Court judgment Navtej Singh Johar v Union of India. From Naz Foundation to Kaushal to Navtej, the journey to freedom faced its highs and lows. The fight persevered and won this battle of love. The Leaflet’s Special: Two Years since Navtej Johar describes the journeys that led to the Navtej Johar case, and the journeys after it.  Ruswa, a writer, narrates her personal tribulation and celebration for freedom, and the importance of community.

WHEN I began to write about LGBT communities in 2010, it arose not from my interest in law, but literature. I was in a new same-sex relationship, and we both were heavily closeted.

Today, I identify as a queer cis-woman, where my sexuality is my business, but my politics towards it and the world, in general, is everyone else’s.

But, back in 2010, stewing in my discomfort of being attracted to a woman, and having just ended a relationship with a man, I sought community not in people but in books and films. I devoured what I could find. As I steadily began to come out to people, I received what can only be called a fast-tracked lesson in homophobia and acceptance.

Decriminalisation of homosexuality — Section 377- was not in the books at the time thanks to the remarkable Delhi High Court verdict of 2009 — make anything easier for me at the time? Perhaps it did. It didn’t take away the discomfort and homophobia, but it did allow people to give themselves permission to talk about my sexuality. Perhaps it also allowed me to give myself permission to talk about my sexuality, too.

My feminist ideology attained a queer lens through my experiences. Did decriminalisation help me achieve this understanding? Yes, but tangentially.

When I began to write stories of LGBT persons, it was not simply because I was queer myself-at least, I didn’t think of it actively in those terms, but because I wanted to learn more about how queer folk lived their lives.

I also wanted to write about it in ways that showed readers whom I always thought of as slightly older, straight, married, and with children how normal all of this was, really. Perhaps I did this because I was writing for my mother; or for my then partner’s mother, who was insistent that my partner gets married. Perhaps I did this for my schoolmate, whom I met accidentally many years later, she with her husband and I, with my partner, though it was only I who hurriedly disentangled my hand clasped in my partner’s in response to my schoolmate’s stare.

It was only when I started reading about the legal case against Section 377, speaking to the people involved, the activists who engaged with questions about what being queer meant, and authors who offered with kindness, stories of their lives, that I began to understand why the great normal — the great mainstream that everyone seemed to aspire to, did not visualise the violence that surrounded our sexuality; how the great Indian family, for instance, actually suppressed expressions of individuality and yet punished the queer, the woman, the child in ways that were horribly unjust.

My feminist ideology attained a queer lens through my experiences. Did decriminalisation help me achieve this understanding? Yes, but tangentially. The community that engaged with the law in myriad ways was instrumental in shaping my understanding.

When news of the 2013 verdict broke, I stood in the office of a large NGO in a large city, surrounded by many other queer folks. The room that had been prepared for happy news — festoons stuck on the walls, balloons floating about, suddenly turned very silent. The silence broke as people began to protest angrily. Opinion makers filled the screens to outrage. 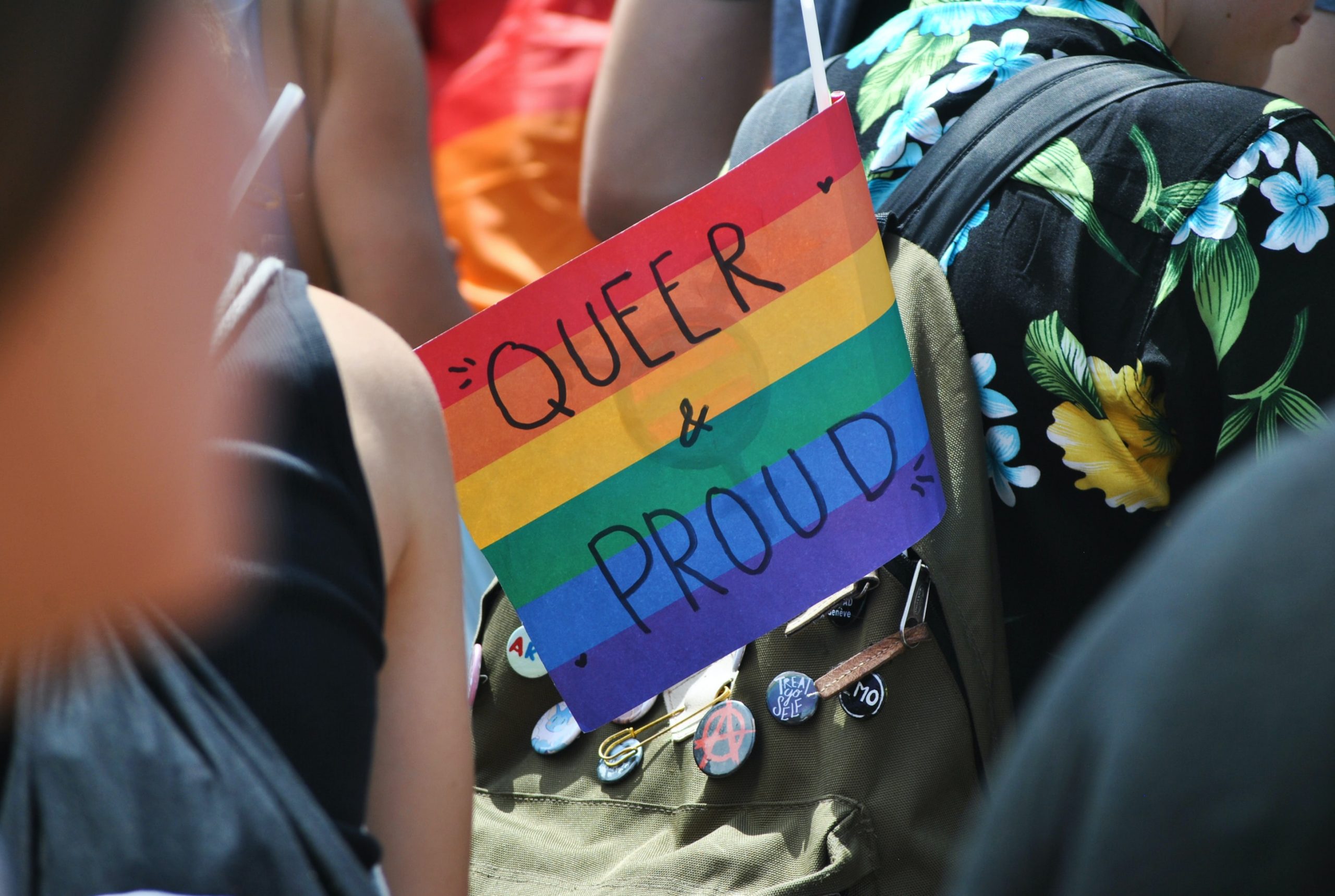 I, however, left for another site, a historic park where protests take place all day on a range of issues. That fateful day, many queer persons had gathered with a large rainbow flag. They too were crying, even as they raised slogans against the verdict. I tried to call activists for quotes, and one told me that they were in mourning. Later, as I wrote the articles I was commissioned to write, I realised how the argument used in the judgment did not follow the logic I was used to. This was a world-view that very much existed: LGBT persons were a minuscule minority.

What followed was rage.

Please look up Global Day of Rage. A protest that snowballed, over Facebook and email, across the globe to several cities including in India, as hundreds came out on the streets to register their not-so-minuscule presence. The experience was electrifying, and a bit of a personal milestone for me. The thin film that I had maintained between my professional self and my personal life, as a queer person, turned out to be porous after all. I allowed myself to feel angry, instead of demanding objectivity of myself.

By the time September 6, 2018, came about, a lot had already changed. I had found my queer family, I had a safety net of friends whom I could fall back on, and I recognised homophobia in my blood family and resisted it. But being queer was not just about one’s own sexual orientation anymore: my queer politics took into account my caste privilege and my cis-gender privilege; it took into account the fact that I could ‘pass’ as a straight woman too if I chose another partner; it took into account that I am a Hindu and I didn’t have to worry about having a son or a daughter who could be lynched or jailed without cause; it took into account that I didn’t experience the precarity of the precariat class, who didn’t have the privileges of formal work as I did. Genderqueer, trans folk led lives of great precarity. Why would they consider me as part of their community? Was I imagining the queer community all along, or did it still exist as a tug between two very different people despite all the inequality? I didn’t have any answers any longer.

The truth is, we’ve been living our lives, messily, angrily, lovingly, and not always dutifully, even when Section 377 was around. Communities are what matter.

The fact that Section 377 isn’t applicable to consensual relationships anymore is everyone’s victory, but it certainly belongs to those who fought long and hard over the decades to have it read down. It was a joy to hear the lawyers argue in court: from Menaka Guruswamy, who held the bench in thrall, to Jayna Kothari who made an elegant argument of the inconsistency between the NALSA judgement on recognition of the legal identity of transgender persons and Section 377, as it stood then.

It was heartening to see Anand Grover back before the judges, arguing the same case as he had a decade ago, and to hear Shyam Divan and other senior lawyers speak in measured tones before the Constitution Bench. And it was heartening to hear each of the judges speak when they read out their judgement on September 6, 2018. To hear Justice Indu Malhotra say that history owed an apology to LGBT people; to hear Justice DY Chandrachud say the right that makes us human is the right to love; to hear the then Chief Justice Dipak Misra say, constitutional morality trumps social morality in the country, and the former cannot be sacrificed at the altar of the latter. The battle against Section 377 had helped make legal history.

The truth is, we’ve been living our lives, messily, angrily, lovingly, and not always dutifully, even when Section 377 was around. Communities are what matter. To build a community we don’t need normal, or mainstream. We don’t need acceptance. We need understanding and empathy. And we need to extend this to everyone, irrespective of their sexual orientation or gender identity. Question is, are we willing to do that? Or will we forever be beholden to Section 37, the law that criminalised consent, desire, sure, even love, and cancelled personhood-forever free in the law books, but imprisoned in our minds?

A big thank you for Justice Anand Venkatesh