No Result
View All Result
in Judiciary

In addition, the Collegium recommended the transfer of 17 judges across high courts. 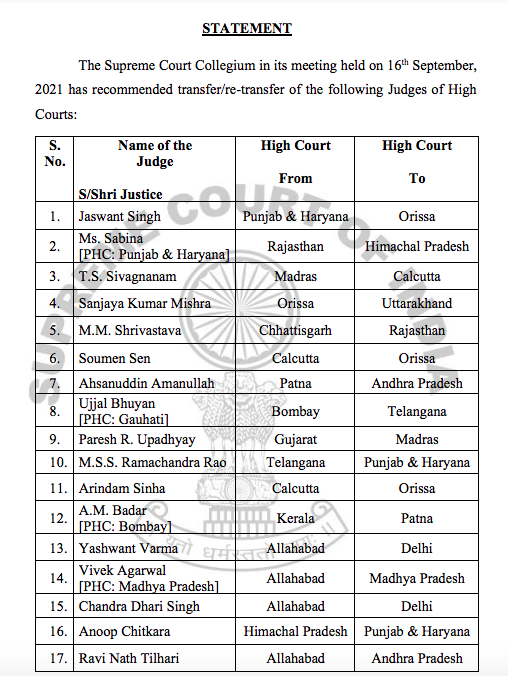