The Emergency misses the storyteller. It needed a Hari-Katha at every street corner, where each bylane retold its story in the vernacular. All the little parables and anecdotes would then add up to the Global Epic we call the Emergency, writes SHIV VISVANATHAN.

THE Emergency as a historical event has lost its disturbing edge. Outstanding books have been written on it by journalists like Arun Shourie, Kuldip Nayar and John Dayal.

Perhaps the most distinguished text on the Emergency is the report of the Shah Commission. It is the great Indian novel, and yet even it feels blurred at the edges.

As a story of a battle between good and evil, the Emergency needed a sense of an epic, not a commission’s report.

The Emergency misses the storyteller. It needed a Hari-Katha at every street corner, where each street retold its story in the vernacular. All the little parables and anecdotes then added up to the Global Epic we call the Emergency.

Yet, one cannot be charmed by the prospect of a story. The French philosopher Jacques Derrida once said that evil always presents its entry with a prelude, a presentiment of things to come, as a person and a script.

Also read: Catalogue Of The Papers of Shah Commission

The evil incarnate was Sanjay Gandhi, illiterate yet with ambitions to be a Rolls-Royce engineer. He wanted to build a dream car, and yet, with his skills, it ran 50 miles before the doors fell off. Sanjay converted the war on poverty to a war on the poor. His epic scenarios were then enacted by clerks and politicians.

For instance, I remember clerks carried out his vasectomy operation like any other development programme. In one case, a man of seventy begged he was beyond reproduction, but the clerk claimed his quota had to be met. A quota raj for evil gave the Emergency its special quality of evil.

The politicians added to it a touch of sycophancy. Dev Kant Barooah’s “India is Indira, Indira is India” is still every advertising slogan’s envy. Siddhartha Shankar Ray, as CR Das’s grandson, added the touch of legitimacy to a lie, by claiming there was a conspiracy in the air and Emergency the right response to it.

For all its violence, there was an inanity about the Emergency. The folk hero Bansi Lal spent the entire Emergency trying to get his milk vendor an alcohol license.

Even saints and scientists were seduced by the Emergency. Vinoba Bhave supported the Emergency claiming the need of the hour was discipline. Sadly, so did the physicist S. Chandrasekhar. He, too, claimed there was a need for discipline. When I protested as a young student, he said, “I speak like a nationalist.” I remember begging him to think like a democrat.

I even remember KJ Shah, Wittgenstein’s only Indian student, delivering homilies justifying the Emergency at CSDS. It was surreal to watch such profound thinkers fall for the idiocy of the Emergency.

I remember the poignancy of the university during the Emergency. In one evening, over 600 students were arrested from Gwyer Hall and other hostels for suspected RSS leanings. Clerk and cop played Vice-Chancellor. There were oddly funny moments.

During the campaign to raise 5,000 signatures against the Emergency, I remember a student from St Stephens College signed the manifesto enthusiastically. The next day, he came back cheerfully saying that his father wanted his signature back: He was planning to appear for the IAS.

If the poor were being savaged, the middle class displayed an air of piety. This is the time it felt as if the trains were running on time and clerks were present in the office. Even the most vicious of dictatorships is justified on the grounds of efficiency and productivity.

The University used to be agog with debates. Arun Jaitley would frequent the D-School canteen. Sukhamoy Chakravarty would float through, but, for once, his charisma had dulled. In a way, economics and development as an idea lost their sheen. The Delhi School of Economics lost a lustre as the science of resistance shifted to CSDS. George Fernandes, Shourie, Kuldip Nayar now held forth. 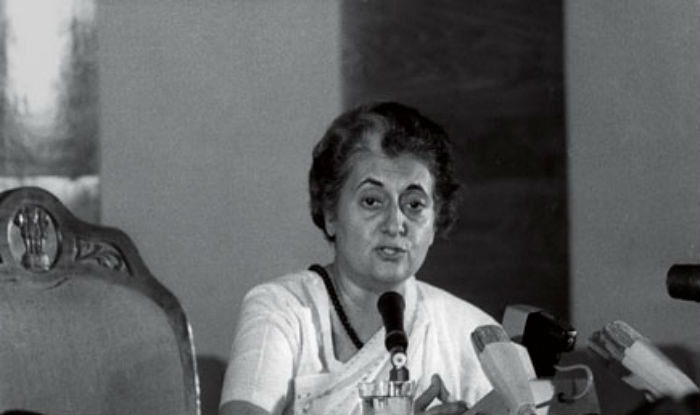 The PUCL and PUDR were born. The Emergency created excitement in other social sciences. The social sciences had arrived to battle development as authoritarianism.

I remember a beautiful moment when my friend Ramchandra Gandhi intercepted Indira Gandhi and her entourage as they entered Raj Ghat. Ramu was clipped for a change.

He told Mrs. Gandhi, “Don’t humiliate my grandfather with your piety and your presence.” These anecdotes and parables became moments of pedagogy.

I remember Malavika Singh, Romesh Thapar’s daughter, had just been thrown out of Miranda House. She told me proudly she earned her BA attending every day of the Shah Commission.

There is an irony to the fate of the Emergency. The people threw out Indira, but the Emergency continued in bits and fragments. We banalised it, made it a part of governance.

The Emergency set the stage for Modi’s regime, for CAA, the idiocy of COVID, the disaster at Lakshadweep. Neither the social sciences, with all the ideas of the Frankfurt school, nor ethics, created a moral fable.

In banalising the Emergency, we perpetrated it. The irony of dictatorship lies in its seduction. We want it. It caters to our sense of control, of masculinity. The Emergency sensed the bully in every man and later regimes perfected his brutality. 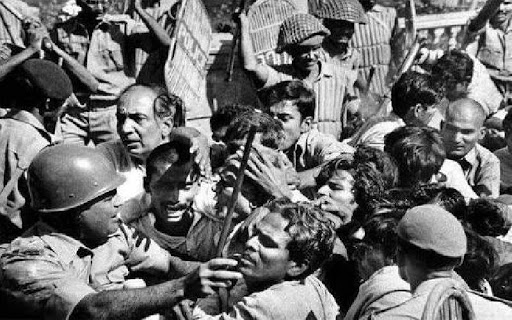 Dictatorships, more than democracy, find the common denominator of a person such that genocide becomes a way of life. We need storytellers to create warnings against the Emergency. Sadly, neither memory nor morality has the power to help.

(Shiv Visvanathan is an Indian academic best known for his contributions to developing the field of science and technology studies, and for the concept of cognitive justice-a term he coined. He is currently a Professor at O.P. Jindal Global University, Sonepat. The views are personal.)

@
Shiv Visvanathan is an Indian academic best known for his contributions to developing the field of science and technology studies, and for the concept of cognitive justice-a term he coined. He is currently a Professor at O.P. Jindal Global University, Sonepat.