Pre and Post 44th Amendment: How to Declare a National Emergency

At the stroke of midnight on 25th June 1975, India entered into its first national emergency. The author here explains what the constitution says about the declaration of emergency and how it changed after 44th amendment. 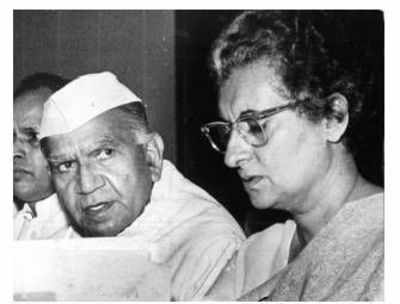 The national emergency in India was proclaimed under Article 352 of the Indian Constitution. Article 352 of the Constitution, prior to the 44th  Amendment Act, laid that the President of the nation could proclaim an Emergency if she/he was satisfied of the persistence of a grave threat to the security of the whole of  India or a territory of India, either by war, external aggression or internal disturbances.

As per Article 352, the Proclamation was issued by the President after a decision about the same was taken by Prime Minister Indira Gandhi and communicated to the President without consultation with her cabinet. Certainly, a day later the Cabinet Ministers of Indira Gandhi had ratified this decision. The proclamation was passed by both the houses of the Parliament by a simple majority. As per the earlier provision, the emergency could continue for as long as there was no fresh decision of the Parliament.

Here is the original gazetted declaration of the Emergency 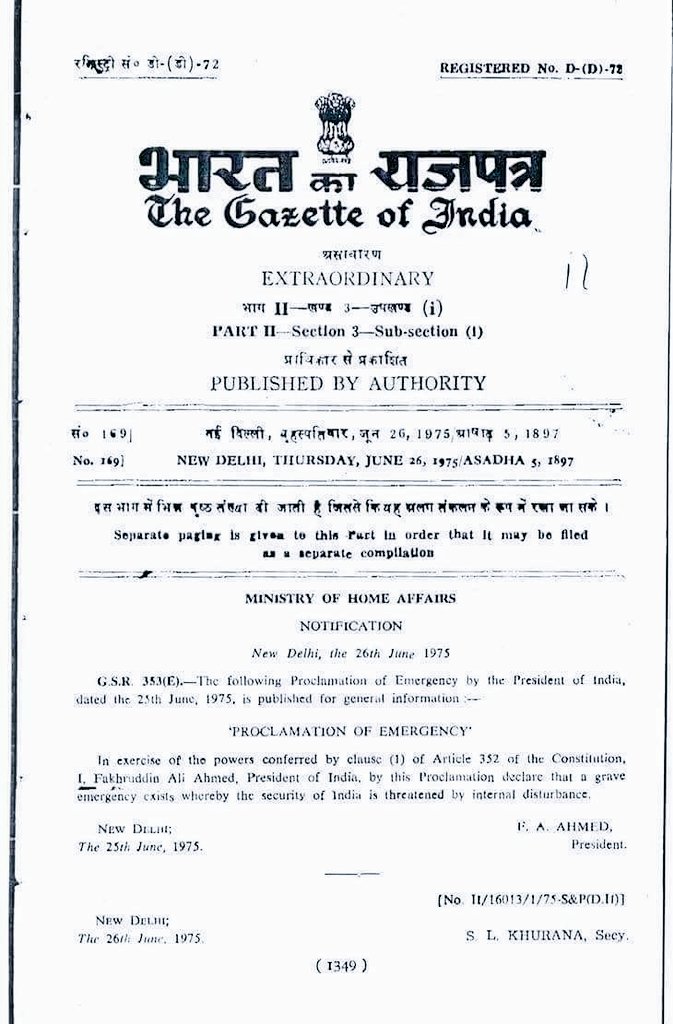 The Emergency stayed on for over two years.

Why did Janata Dal amend the constitution?

Article 352, prior to the 44th Amendment, was rather vague and arbitrary. It concentrated too much power in the hands of the Prime Minister and cabinet. Thus, when the Janata Dal Alliance came in power, they decided to enact the 44th amendments to modify Article 352 in order to make it more transparent and increase the accountability of the ruling government during a national emergency under the Constitution.

“Unlike in 1975, it is no longer possible for the Prime Minister to unilaterally take a decision about the Proclamation of an emergency without any written explanation”

“Similarly, a simple majority of the Parliament is no longer sufficient for the proclamation of Emergency”

Ordinarily, the period of emergency shall be limited to one year. The right to publication of proceedings in the Parliament shall not be canceled during an emergency as per the 44th Amendment Act. Further, the 44th Amendment altered Article 359 and one can now approach the Supreme Court and the High Courts to issue writs in the nature of Habeas Corpus, which was not possible in the time of  975 Emergency. The Proclamation of emergency was made non-justiciable by the 38th Constitutional Amendment through Article 352(5). However, after the deletion of Clause 5, any citizen can now challenge any proclamation of Emergency in the Court with the grounds of mala fide intentions of the government.

“Our threshold of democratic dream is diminishing everyday.”

The rules around the Proclamation of Emergency were strictly modified and outlined after the Emergency in 1975. The Emergency was a cross road by which India graduated to the formation of stronger democracy. Rule of Law was re-asserted and the value of free speech and dissent reestablished. However, as we continue to remain in our formative stage of democracy, there are still many persisting questions, waiting to be answered.

Certainly, India is not under another official emergency. Yet, several dissenters, opposition leaders, scholars, students, and intellectuals continued to be picked up, tortured, and detained without trial under the Unlawful Activities (Prevention) Act. This Act allows the perpetual detention of accused persons without trial. The onus of proof is shifted to the accused. Poets, over 80 years of age, accused under the Act continue to struggle in jails for over 2 years despite threats of Covid-19 Pandemic

Contemporary India celebrates its freedom when a pregnant woman is granted bail on ‘humanitarian’ grounds after months of incarceration. Our threshold of a democratic dream is diminishing everyday. Forty five years ago, we had fought the demon of authoritarianism with our solidarity, conscience and collective resolve. With that legacy before us, there is afterall, still a long way before our democracy wakes up to the dawn of complete freedom and abundant justice.