“BY calling the account fictitious, you are undermining the experiences of sexual harassment that women go through at workplaces,” said senior advocate Rebecca John in Additional Chief Metropolitan Magistrate Ravindra Kumar Pandey’s courtroom yesterday.  John was appearing for senior journalist Priya Ramani in the defamation case filed against her by former union minister and journalist M J Akbar on account of her allegations of sexual harassment.

In 2017, at the beginning of the #MeToo movement, Ramani had written a piece in the magazine Vogue titled, “To the Harvey Weinsteins of the World: We’ll get you all one day”. Here, Ramani narrated her personal experience of sexual harassment as a young woman journalist but did not name her alleged assaulter. A year later, in a tweet, Ramani named M J Akbar as the senior journalist who had called her to a hotel room for her job interview.

Ramani told the court in her evidence that the #MeToo movement gave her courage to name her assaulter. However, Akbar’s lawyers have noted the discrepancy as a matter of evidence.

Ramani should have made in-depth inquiries before calling someone a ‘sexual predator’ and defaming them, senior advocate Gita Luthra argued in the case.

After a long journey, the case is in its final stages with a recent change of judges.

Whom should the victim inquire with?

Akbar’s case maintained that Ramani’s allegations were based on ‘blind truth’ without exercising due care and caution. Thus, it does not fall under the exceptions to the law on defamation which requires one to prove that the defamatory statement was made with due care and caution, public good, public interest and good faith.

Ramani should have made in-depth inquiries before calling someone a ‘sexual predator’ and defaming them, senior advocate Geeta Luthra argued in the case.

“When I am talking about my experience then who do I investigate with? I am an eyewitness in my own case,” rebutted John.

John referred to the judgment in S K Sundaram which says a person must make an inquiry before making any imputation on a person. In this case, a lawyer had alleged fudging of age against the sitting Chief Justice of India. “It is important to understand the context of the judgment,” said John while arguing that this ruling does not apply to Ramani’s case.

The Question of Reputation

John took note of the complainant’s argument that M J Akbar had a reputation as a journalist. She said that at no point had Ramani challenged Akbar’s journalistic competence.

“The contestation of Akbar’s reputation is on basis of the allegations against him. There is no contradiction between the two,” said John.

John also referred to evidence by Ghazala Wahab, a 23-year-old journalist with whom M J Akbar- then in his 40’s and a senior editor- had admitted to developing a “consensual relationship”.

John observed that 10 women had made allegations against Akbar and Ramani had named them. She stated, “If this doesn’t show predatory behaviour, nothing does.”

“This is what harassment looks like. No human being accused of sexual harassment can be a person of high reputation,” said John.

John observed that 10 women had made allegations against Akbar and Ramani had named them. She stated, “If this doesn’t show predatory behaviour, nothing does.” 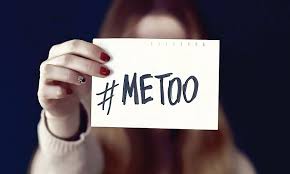 Is it Corroborating Evidence or is it Hearsay?

Luthra submitted to the court that the evidence by defense witnesses is not admissible since it is based on hearsay.

“Her own witness (Nilofer Venkatraman) is letting her down on Res Gestae” said Luthra referring to the legal principle on evidence which is an exception to hearsay evidence. This is the spontaneous declaration made by a person immediately after the incident before the person’s mind can make up a false story.

Luthra said that Venkatraman’s statement itself says that Priya Ramani called her up on her landline “well after dinner time” on the date of the incident. This is not immediate.

In 2018, Venkataraman messaged Ramani on WhatsApp in response to her tweet. Luthra argued that the WhatsApp chats are not admissible as evidence and that this was pre-planned.

Noting Section 9 of the Indian Evidence Act, John submitted that there can be many facts in issue and these facts are intrinsically connected to the trial. These messages are admissible of the fact that the truth is not fictitious.

John argued that Ramani had confided in Venkataraman on the same day. Ramani’s phone has even been examined by the court. “They may call it fabricated and that it was pre-planned. The previous judge saw these messages. Res Gestae is complete,” said John.

Noting Section 9 of the Indian Evidence Act, John submitted that there can be many facts in issue and these facts are intrinsically connected to the trial. These messages are admissible of the fact that the truth is not fictitious.

Ramani’s 2018 tweet had averred to Akbar’s resignation based on media reports, albeit prematurely. Akbar resigned a few days later on October 17.

John broke the tweet into two parts. The first part, of resignation, was based on a media report.  The defense of truth was in relation to the 1993 incident and cannot be applied to the unfolding of events in 2018. Moreover, in her cross-examination, Ramani had admitted to making an honest mistake. She pointed out that Akbar too has made mistakes in his cross-examination on being found guilty of contempt of court.

The court was adjourned and Rebecca John will continue her arguments in the next hearing on February 1.

(Megha Katheria is a sub-editor with The Leaflet.)

@
Megha is a socio-legal researcher moonlighting as a legal journalist. She is a law graduate from NALSAR University of Law and is a post-graduate in Law, Politics and Society from SLGC at Ambedkar University Delhi. Her areas of research include constitutional morality, Ambedkarite philosophy, personhood, gender, governance and animal rights.