No Result
View All Result
in Analysis COVID-19 Federalism Governance

Message from Voters in Assembly elections: We want Development, not Hindu Rashtra

Assessing the recent state assembly election results in West Bengal, Kerala and Tamil Nadu in light of the BJP’s track record of governance at the head of the Union Government and of weakening India’s federal structure by de-stabilising non-BJP state governments, ABHAY VAIDYA writes about India’s potential for greatness being held ransom by the BJP’s greed for political power at the cost of genuine national development.

WAS the recent electoral mandate in West Bengal, Kerala and Tamil Nadu a vote against Hindu-first politics and a cry for genuine ‘Sabka Saath, Sabka Vikas’ (Inclusive growth through collective efforts)?

Was this vote in favour of incumbency in Bengal and Kerala, or was it a vote against the Bharatiya Janta Party (BJP) in light of the mishandling of the COVID-19 pandemic by the BJP-led Union Government?

Indeed, a bigger lesson is waiting to be drawn from the election results, and the unfolding havoc of the COVID-19 pandemic in the country.

Government’s inept response to the pandemic

There is anger in the country over the shameful lack of preparedness to deal with the second wave of the pandemic.

The picture all around is one of an acute shortage of vaccines, people dying for want of oxygen, the official daily number of newly infected persons and COVID mortalities breaching the four lakh and 3,500-mark respectively, and not enough ICU-ventilator beds for serious patients in the hardest-hit regions of the country.

Thousands of people have died needlessly in the last few weeks. 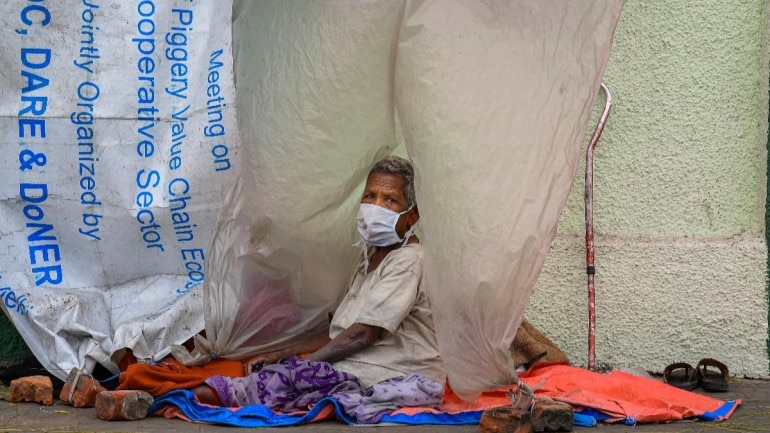 It is difficult to find a family which has not been scarred by some kind of irreparable loss; if not themselves, then certainly in their network of friends, neighbours, colleagues, and acquaintances.

Such has been the vicious ferocity of the pandemic that within a matter of weeks, hundreds of families have lost their sole breadwinners, turning their lives upside down.

Almost everyone who followed the pandemic closely was aware that the second wave was coming sooner or later. Medical experts are blaming the Union Government for failing to utilize the time between the first and second waves to aggressively vaccinate the vulnerable population in hotspot districts.

The second major failure was the absence of a sound strategy to ensure adequate availability of oxygen across cities. This was compounded by the ‘vaccine maitri’ diplomatic initiative of an overconfident government through which lakhs of doses were given away on a priority basis to friendly nations.

Allowing super-spreader events like the Kumbh Mela and full-throated political rallies in election-bound states across the country was another glaring blunder of the government, alongside the Election Commission.

Things truly became absurd when the Amethi police booked a man for spreading “rumours” when he appealed on social media for oxygen for his grandfather.

The Uttar Pradesh government claimed that there was no shortage of oxygen when, in fact, news media across platforms carried reports to the contrary after actually visiting hospitals.

While the public anger over the mismanagement of the response to the pandemic is clearly justified, there is a deeper question that must be asked: What exactly is at the heart of India’s deeply entrenched problems?

Before this devastating second wave of COVID hit us, the entire focus of much of mainstream media was on the long-drawn-out West Bengal legislative assembly elections. The run-up to the polls was amplified in the media due to the series of defections from the All India Trinamool Congress to the BJP, and the scramble for BJP tickets.

Amidst this surfaced the murky Ambani bomb scare case involving murder, high profile arrests of police officials, the removal of Mumbai police commissioner Param Bir Singh, and the resignation of the Maharashtra Home Minister Anil Deshmukh amidst allegations of hafta (protection money) collection extortion racket to the tune of a whopping Rs. 100 crore a month ordered of the state police by Deshmukh.

Meanwhile, the central farm laws remain stillborn, with protests by farmers around Delhi, and anti-Muslim rhetoric by politicians keeps surfacing from time to time.

‘Sabka Saath, Sabka Vikas’ has been the signature slogan of the Narendra Modi-led Union government, which keeps surfacing whenever Modi addresses the nation. But between those speeches, his party is busy with topple-gate politics.

In March 2020, the Indian National Congress’s (INC) government in Madhya Pradesh saw sizeable defections, paving the way for the return of the previous BJP government. This was similar to how non-BJP governments had been replaced in power by the BJP in Karnataka, Goa and Arunachal Pradesh in the last few years.

The extremely strained equation between the Union Government and the Aam Aadmi Party government in Delhi, which has unravelled during the COVID-19 crisis in the national capital, is also easy to understand in this context.

Maharashtra saw a high pitched political drama soon after the state assembly elections in 2019 when the Shiv Sena pulled the plug on its 30-year-old alliance with the BJP and aligned with the INC and the Nationalist Congress Party (NCP) to form the incumbent Maha Vikas Aghadi (MVA) coalition government. In November 2019, the BJP tried its best to scuttle the formation of this government, and even formed a government for barely three days, before its CM Devendra Fadnavis was forced to resign ahead of a floor test due to lack of a majority in the legislative assembly. Since then, the MVA government has been facing sustained attempts at destabilization by the BJP.

For a long time now, the BJP has been dreaming of pan-India saffronisation to realize the Sangh Parivar’s (RSS Family) goal of a Hindu Rashtra (Hindu nation).  The desperation to secure power in non-BJP states, most recently in West Bengal, stems from the crusade to achieve that goal.

In the process, the Union-state relationship under the federal structure of India has become strained, with the attitude of the BJP being one of ‘With Us? Or Against Us?’

Also read: The hollowness of the Hindutva Governance Model

Non-BJP governments which neither share power nor ideology with the BJP have had to constantly be on guard against BJP’s Topple-gate politics. What kind of ‘Development for All’ should the country expect from the BJP whose actions and mind-set speak otherwise?

Almost all regimes since independence have suffered from gross administrative inefficiency and corruption, and all regimes, right down to the present one, have played caste and communal politics to secure power.

If the INC showed favouritism towards Muslims, best symbolised by the 1985 Shah Bano case in which the Rajiv Gandhi-led Union Government passed a law reversing a Supreme Court judgment awarding maintenance to a divorced Muslim woman, at the other end of the spectrum, the BJP has been pursuing the dream of a ‘Hindu first’ India. It is the other side of the same coin of communal politics.

In such an environment of political one-upmanship, what has been left by the wayside are critical, statesman-like reforms such as the long-pending police reforms to bring in genuine rule of law; judicial reforms to speed up disposal of cases, and administrative reforms to overhaul the highly over-rated Indian Administrative Service (IAS) which lacks efficiency and accountability. A large number of senior bureaucrats in most states and at the centre are spineless because of a high degree of corruption and nexus with politicians.

India’s potential for greatness has been held ransom by the greed for political power at the cost of genuine national development. This is the reason why our governments make grand announcements but are unable to show results or meet targets.

Also read: India must break the politician-bureaucrat-business nexus of corruption

We admirably send space missions to the Moon and Mars, but are our IAS officers and the administrative machinery able to give us clean public toilets, clean drinking water and safer roads with fewer accidents?

India has been blessed with civilizational wisdom of 5,000 years, and some of the sharpest Indian brains run such global giants as Google, Microsoft, and other multinationals. Our talent and capabilities shine in all sectors in the developed nations of the world, but at home, our own place in the sun has been eclipsed by the polity of the day. 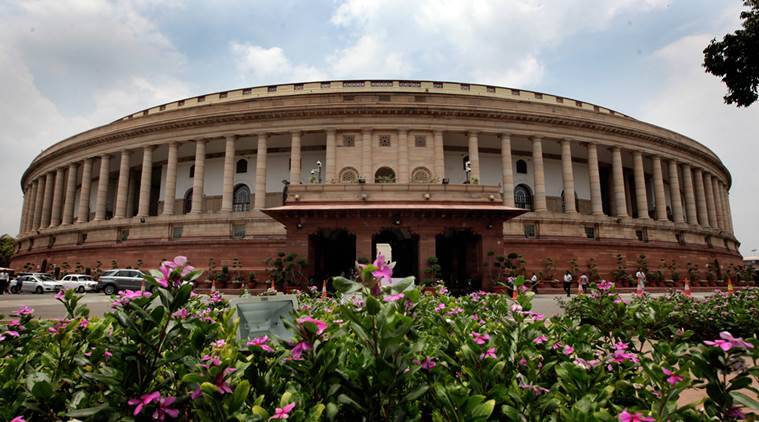 India, with its rich diversity of religions, cultures, and ethnicities has come a long way on the road to secularism. We continue to be secular even after 75 years of the horrific experience of Partition. In 2014, Prime Minister Modi-led BJP was elected to power on the one-point agenda of inclusive national development, and not to deliver a Hindu Rashtra.

All-inclusive development would mean a more forceful thrust on healthcare and education; bringing in genuine rule of law, and working fairly and constructively with state governments to achieve real, inclusive progress.

The results of the Bengal, Kerala and Tamil Nadu elections, and the message of the COVID-19 pandemic, is a call for inclusive national development. There is no room for a Hindu Rashtra agenda.

(Abhay Vaidya was a former resident editor of Hindustan Times in Pune. He is now an independent journalist and author. His last book was, “Who Killed Osho?”. The views expressed are personal.)

@abhay_vaidya
Abhay Vaidya was a former resident editor of Hindustan Times in Pune. He is now an independent journalist and author. His last book was, “Who Killed Osho?”.