No Result
View All Result
in Analysis Women's rights

The Rajya Sabha will soon debate The Medical Termination of Pregnancy (Amendment) Bill, 2020. The Bill highlights a few changes, including the setting up of a Medical Board to decide on the abortion of pregnancies beyond 24 weeks due to foetal abnormalities. The Medical Board isn’t feasible in India’s current situation and may push accessibility to abortions further away reports PARVATHI SAJIV.

THE Medical Termination of Pregnancy (Amendment) Bill, 2020 (‘MTP Amendment Bill’) was introduced and passed in the Lok Sabha by the Ministry of Health and Family Welfare in March 2020. The Bill is likely to be brought in the Rajya Sabha in the ongoing budget session, and it still has a few framework issues.

The Bill proposes several amendments including the extension of the 20-week limit to 24 weeks for certain categories of women and the constitution of a Medical Board in every State and UT, to decide the termination of pregnancy after 24 weeks in cases of foetal abnormalities. Each Board will have a gynecologist, one radiologist or sonologist, one pediatrician, and other members prescribed by the state or union territory.

A study conducted by The Centre for Justice, Law and Society (CJLS), Jindal Global Law School, an educational research centre, highlighted healthcare availability’s inadequacy, both in infrastructure and specialists for reproductive services.

The stigma associated with abortion and the inaccessibility of safe abortion services has led to a large number of unsafe abortions, which have resulted in serious complications – including death –for pregnant persons.

The report revealed a shortfall of over 80 percent of obstetricians and gynecologists in most states and UTs.  Many states such as Tamil Nadu, Arunachal Pradesh, and Gujarat have recorded the near-complete absence of the availability of certain specialists, especially in rural areas. Research in states like Arunachal Pradesh, Meghalaya, Mizoram and Sikkim revealed a 100 percent shortfall of pediatricians. 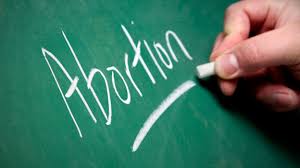 The stigma associated with abortion and the inaccessibility of safe abortion services has led to a large number of unsafe abortions, which have resulted in serious complications – including death –for pregnant persons.

These Boards are unconstitutional and violate the fundamental rights of pregnant persons by subjecting them to multiple invasive examinations and causing unnecessary delays in the termination process.

Given the present scenario as far as data is concerned, it will be nearly impossible to constitute Boards with a panel of specialists in most regions of the country. Additionally, the bureaucratic process will delay the abortion, and costs incurred by the pregnant person to travel to the Board can create financial setbacks. India already undergoes “Distress Financing” which occurs due to high out-of-pocket expenditure among the poor and marginalised, resulting in medical poverty.

These Boards are unconstitutional and violate the fundamental rights of pregnant persons by subjecting them to multiple invasive examinations and causing unnecessary delays in the termination process.

Also Read: A Progressive Ruling on Right to Abort, Yet Fear of Stigma Lurks

Prof. Dipika Jain, the lead author of the study, said: “The MTP Bill is not set in a rights-based framework and Medical Boards are draconian and invasive as they strip away autonomy from the pregnant person. This legal reform will make access to abortion more challenging for many people, especially those from marginalised groups.”

The study concluded that given the shortage of professionals and specialists across India and poor public health infrastructure, funding, and data gaps, instituting a Medical Board to decide on abortions will be catastrophic.

The Government needs to send the current bill to the Standing Committee for further deliberation because passing the law will impact India’s access to abortion.

(Parvathi Sajiv is a student of the Symbiosis Centre for Media and Communication, Pune, and is an intern with The Leaflet.)

Is there hope in this pandemic?

Election Commission of India: The Making and Unmaking of Its ‘Reputation’