Jadev Payeng, an environmental activist from Assam, has been planting trees to save his native island of Majuli from soil erosion. His efforts, which began in 1970, have transformed what was once a barren wasteland into a lush oasis. After getting worldwide attention, Payeng now embarks on a new mission– to make Mexico greener, writes ANAND SINGHA.

INDIA’S Forest Man, Jadev Payeng, is going places. After transforming Majuli, a river island in Assam, into a verdant place, he has signed an agreement with Fundacion Azteca, an NGO in Mexico, to take forward his environmental activism. The organisation’s main goal is to promote social responsibility, especially towards the environment of Mexico, and will involve a massive plantation project of eight lakh hectares.

Payeng told The Leaflet: “The Mexican government has granted me a ten-year visa to complete my work. I will start working after I travel to Mexico in September this year. According to the agreement, I will visit Mexico every year in September, October and November. This is the best time to plant trees. The plantation drive will also involve one lakh students per day who will help me achieve my target.”

So who is Jadev “Molai” Payeng? He is a 60-year-old farmer from the largest inhabited island in India, Majuli. He lives in a modest home with five members.

Over four decades ago, he planted a large number of trees on the banks of the Brahmaputra river, turning it into a forest with an intricate ecosystem. The forest is now called Molai Kathoni and is close to 550 hectares.

Payeng, who is now actively engaged in environmental issues, loves spending his day farming inside his forest. He said: “I am glad that my gradual shot to fame brought international attention, which is so important for the issue of climate change. But more than anything else, I’m just a farmer who loves and respects Mother Nature.” 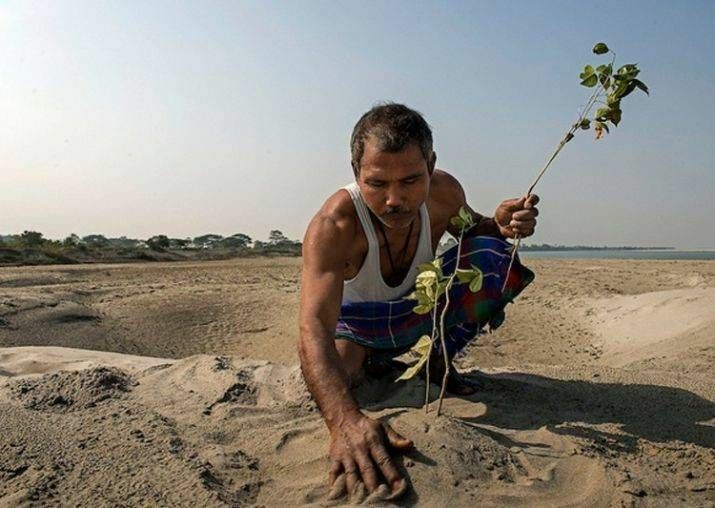 When Payeng was just 16, a catastrophic flood-hit Assam, and was especially devastating to the island of Majuli, which was losing landmass because of soil erosion. He observed that the number of migratory birds was declining in the forests near his home. Many species of snakes and insects, which could be typically sighted on a normal walk, had now become rare.

“When I was a teenager in 1979, I saw that the island was starting to look like a desert. On one of my walks on the river banks, I encountered many dead snakes. I asked the elders the reason behind it. They said it was because of the flood which had washed the snakes into the barren desert-like banks, where they died of heat. I wanted to do something about it and took the matter to the forest department. But to my disappointment, they didn’t bother at all. That is when I started planting trees,” he said.

The farmer cut branches from trees, walked for two hours to the river bank, took a boat and crossed to an empty piece of barren land.  Here he planted trees and continued doing so daily for the next 40 years. His trees eventually grew and turned the empty desert into a lush green forest. 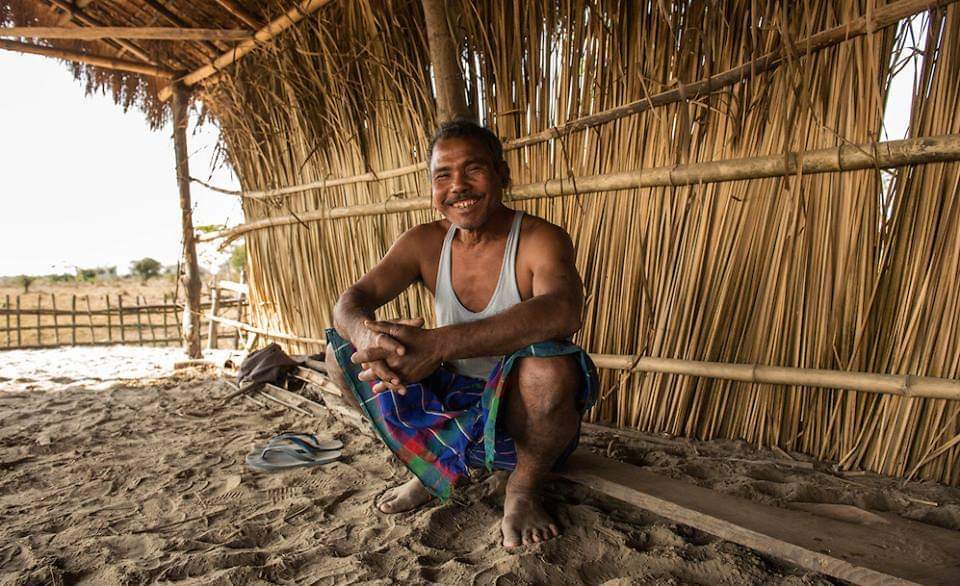 Once the canopy spread, life started returning to the forest. It is now heavily populated with many animal and bird species. Payeng said: “There are close to 115 elephants which live in this dense forest. There are also rhinos, deers, tigers and many other wild animals. One of the most delightful experiences for me was when the vultures returned after 40 years in 2012. It was a sight to behold.”

Although Payeng was felicitated with many awards, including the Padma Shri, it was a long, arduous work. Many tried to claim the land for profit. He recalled: “When the trees grew big, it became difficult for me to protect them. The biggest threat was from men, who only think about profits. They would’ve destroyed the forest for economic gains. And the animals and organisms which depended on this forest would have become vulnerable again.” 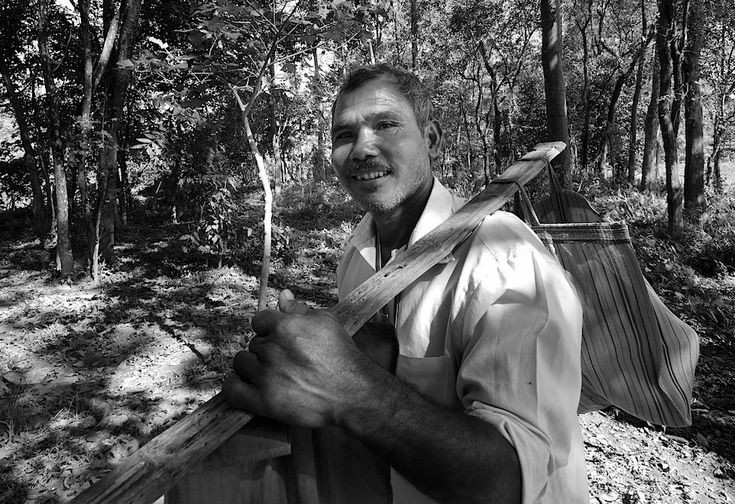 After oceans, the forests are the largest storehouses of carbon. But because of deforestation, they are being depleted at an alarming rate.

Many clusters of deforestation around the world have destroyed complex ecosystems necessary to sustain life on earth.

Payeng, who tackled the threats from industrialists and others who wanted to exploit the forests, said: “There are no monsters in nature, except us humans. They consume everything until there is nothing left. They have a big belly and are always ready to devour everything. Even grand animals like elephants are not respected.”

According to a July report by the United Nations Food and Agriculture Organisation, more than one million acres of forests have been lost since 1990, leaving the global stock at around 10 million acres.

Integration of environmental studies in the National Education Policy

Payeng now wants guidelines to make sure that people, especially children and youth, constantly engage with nature and understand the issue of climate change. He said that children are the most important worriers in the fight against climate change. The education system, he said, should introduce them to environmental studies and thereby teach them the benefits of planting trees and tending to them.

Payeng told The Leaflet: “The current educational framework needs to lay greater emphasis on respecting biodiversity. I’m currently writing a book with a journalist friend to teach people the correct ways to plant trees. I want to pass on the knowledge to the future generation. Hopefully, this small effort will inspire youth.”

He said that indigenous communities should also be educated on these issues as they play a pivotal role in shaping forests and preventing biodiversity loss. These communities depend on the forests for their food and living. Hence, we need to try and achieve sustainable development that benefits both people and the planet. 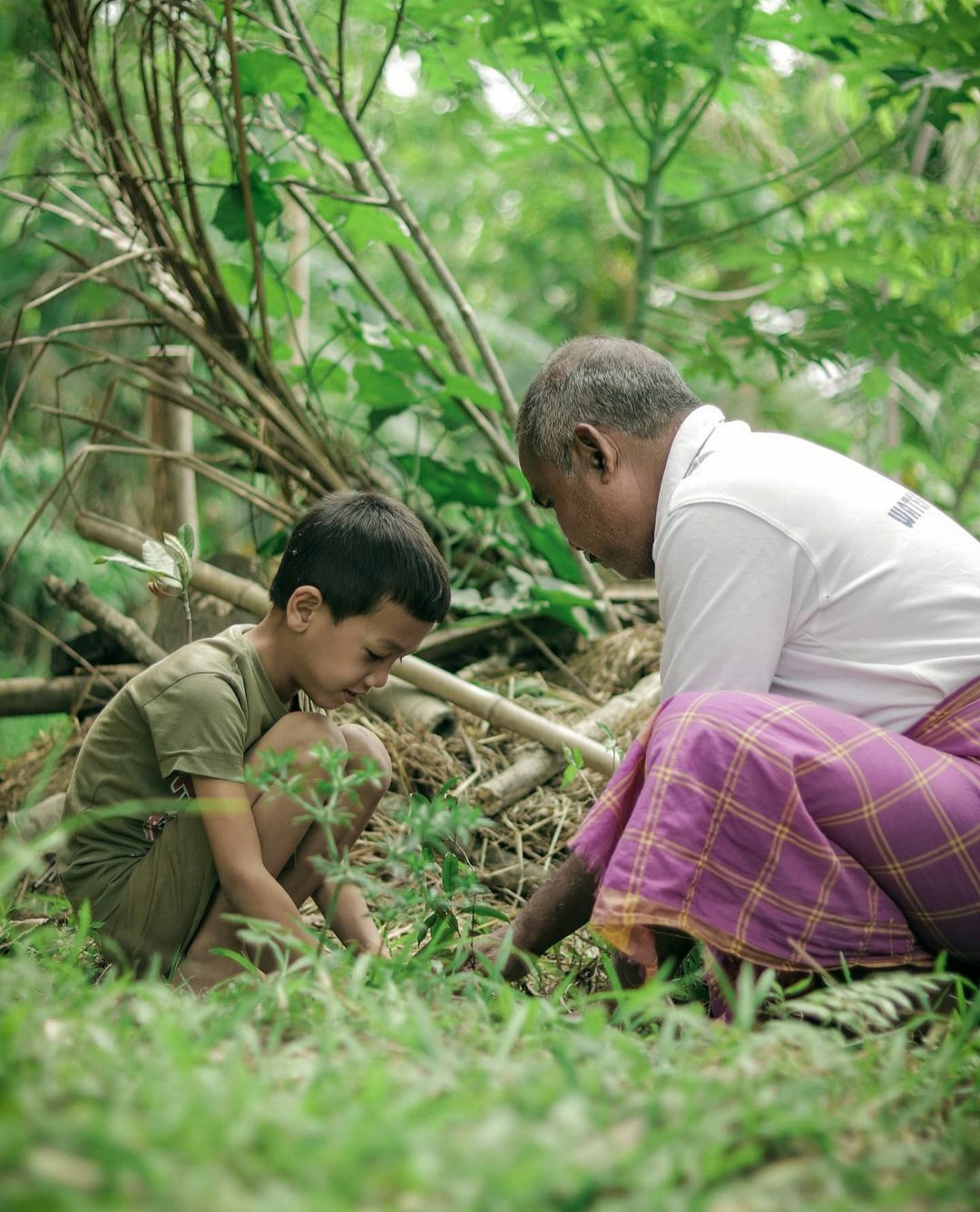 Payeng suggested: “If we develop the coconut industry in Majuli, it will benefit the islanders. I have requested the ministry of agriculture to do that. These trees will help prevent erosion if they are planted densely enough. It will also boost the economy.”

Climate change poses an existential threat that requires urgent and radical action. The good news is that many young adults and children have taken on leadership roles to tackle this problem and some have excelled in them. Payeng is one of them.

(Anand Singha is a student of the Symbiosis Institute of Media and Communication, Pune, and an intern with The Leaflet. The views expressed are personal.)