No Result
View All Result
in Labour Rights Miscellaneous

The helpline has been launched in view of the plight of migrant workers during the pandemic. Photo: Gaon Connection

A collective of the Working People’s Charter (WPC) and the Aajeevika Bureau launched a national helpline for workers, at Mumbai’s Press Club, reports SABAH GURMAT.

MUMBAI: On Saturday, September 18, 2021, the Working People’s Charter (WPC) — a nationwide network of unions, people’s organisations, activists and others affiliated with the informal labour sector — along with the Aajeevika Bureau, a non-profit organisation working with migrant communities, launched a national helpline for workers at the Press Club in Mumbai.

Known as the India Labourline, the helpline has been operational since July 16, 2021, with its headquarters in Mumbai.

The organizers noted that in the past two months alone, they had received 2,497 calls and intervened to help 507 workers in distress. Mediation was provided to workers from regions including Delhi, Rajasthan, Uttar Pradesh, Haryana, Punjab, Madhya Pradesh, Jammu & Kashmir, Odisha, Maharashtra, Karnataka, Kerala, Tamil Nadu and Telangana.

In a presentation hosted by Divya Varma and Santosh Poonia of the Aajeevika Bureau, the difficulties faced by India’s largely informal sector of workers were highlighted. Varma spoke of how justice delivery in India has mainly been modeled on the formal sector. A lack of access to resources, legal aid and the information asymmetry for workers in relation to their employers and contractors, are some of the key issues that the helpline seeks to address.

Noting that the Labourline had been primarily operational from five states (Delhi, Uttar Pradesh, Maharashtra, Karnataka and Telangana), they also expressed hope to expand to six more states by the next year, and further increase the scope of outreach. 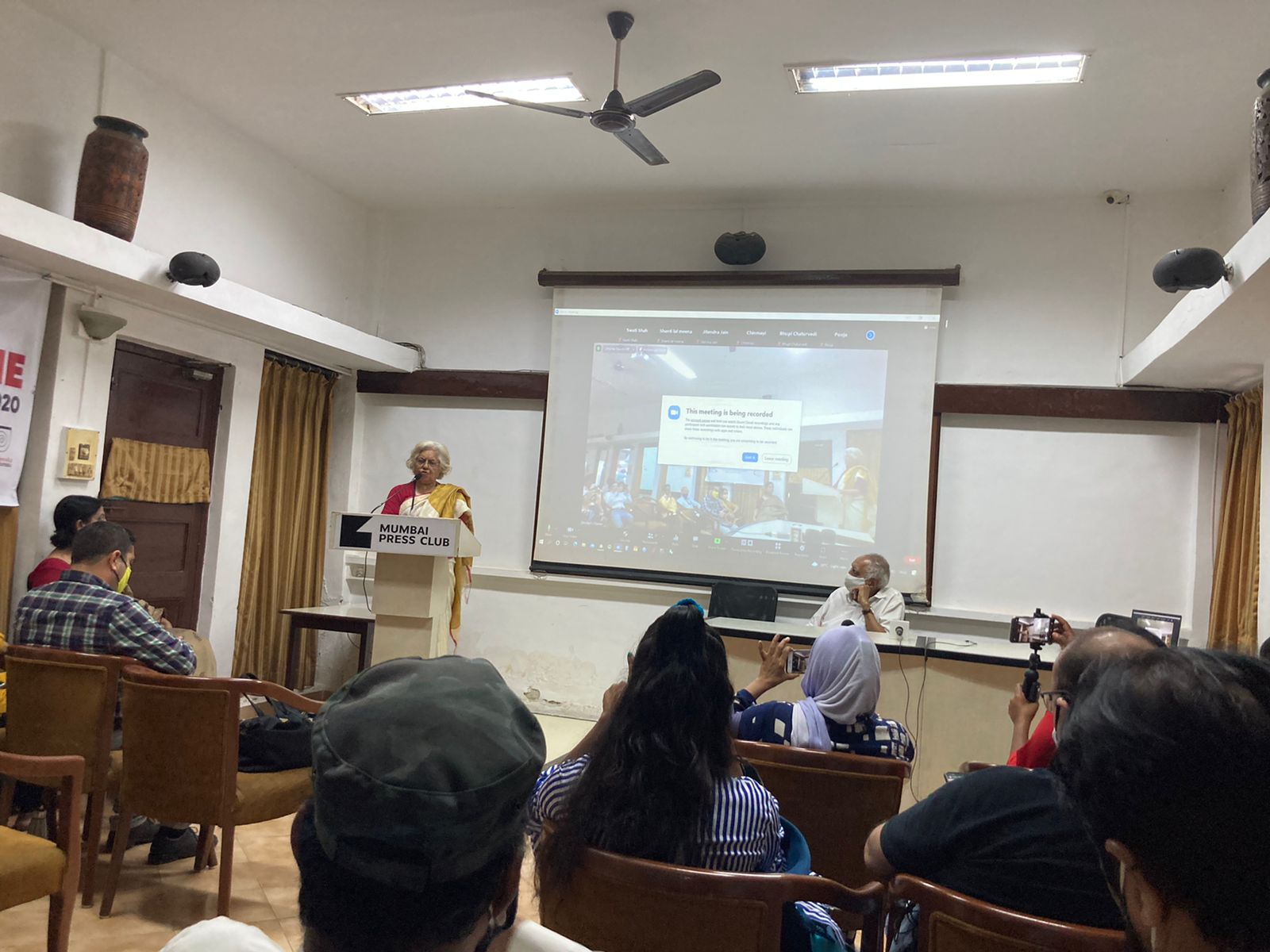 Hailing the India Labourline as “a much needed initiative”, Justice Shah lamented that there is no clear data on migrant workers in India and that the COVID-19 induced lockdown abruptly terminated any discussion on wages and compensation settlements. Justice Shah noted that “India Labourline puts power in the hands of the people”.

Jaising also pointed out how “there is no legal architecture for informal workers”, mentioning the absence of courts across the country where informal workers can resolve their problems.

Meena Menon of the WPC added that although the helpline closes in the evening as they don’t have a night shift at present (from 10 p.m. – 6 a.m.), they would always call back the next morning. “It is like a union using a phone system to address worker’s issues”, she said.

According to the data from over 2,497 calls received by the helpline since July, 507 workers reached out to them, of which at least 184 cases have now been resolved. Only two of these workers were women workers, however, who sought information about labour cards.

The largest number of cases they received were pertaining to wages and wage theft. At least Rs. 1,16,36,630 was lost due to wage-theft, of which  Rs. 11,09,197 was recovered with the helpline’s assistance.

Among all states, the highest number of calls from where the worker is currently employed was Maharashtra, with a total of 124 cases. With 131 calls, Uttar Pradesh topped the list for the most calls among states that the worker is originally from.

Click here for the official press note of the launch event.

Are Betting Games Based on Cricket and Fantasy League Games Nothing but a Source of Revenues for the Central Government?

Politics of welfare, or lack thereof, of labour: Part II

@
Sabah Gurmat is a staff-reporter at The Leaflet