byPrastut DalviandVidhi Thaker
in Freedom of the Press, Historical Series

To mark the 158th anniversary of the Bombay High Court, we introduce a month long ‘Historical Series’ over the weekends. The series will delve into some of the interesting historic cases that the Hon’ble High Court has heard over the years. The first part looks into the famous Maharaj libel case from 1862 when the court was called the Supreme Court of Bombay. What happened here? Read ahead to find out.

THIS August marks the 158th anniversary of the establishment of His Majesty’s High Court of Judicature at Bombay as it was then known. Like a Phoenix, the Bombay High Court rose from the ashes of two old institutions-the Supreme Court of Bombay and the Sudder Dewani and Sudder Foujdari Adawluts of the Presidency. Till 1862, the former exercised civil and criminal jurisdiction in matters arising in the town and island of Bombay, while the latter were the highest Courts of appeal for litigants in the Mofussil.

From Justice Mahadeo Govind Ranade, whose statue stands tall across the majestic building of the Bombay High Court even today, to the first Chief Justice of India, Justice Harilal Kania, whose portrait lights up the Chief Justice’s Court at the Supreme Court of India, the contribution of this institution in the administration of justice has been remarkable.

Apart from contributing to the Bench, the Bombay Bar is known for its distinguished legal luminaries, such as Sir Jamshedji Kanga, Sir Dinshaw F. Mulla, Sir Chimanlal Setalvad, Sir Pherozeshah M. Mehta, Dr. Bhimrao Ramji Ambedkar, and many more, who will be remembered for their inimitable and unparalleled intellects.

Through this series of articles, the authors, hailing from Bombay, lead the reader on a time-travel of historical and intriguing cases before the Bombay High Court in the pre-independence era.

It was in the Apollo Street Building that the Supreme Court of Bombay heard the famous “Maharaj Libel Case” …. also called the “greatest trial of modern times since the trial of Warren Hastings.”

We begin our series of articles with a rewind to 1862, when the Supreme Court of Bombay, as it was then known, operated from a building in Apollo Street, known as “Hornby House” or “Admiralty House”. P. P. Vachha in his book “Famous Judges, Lawyers and Cases of Bombay” notes that the Court continued to function from this building till 1879, when it shifted to the present Victorian Gothic styled structure opposite the Oval Maidan. It was in the Apollo Street Building that the Supreme Court of Bombay heard the famous “Maharaj Libel Case” [Jadunathjee Brizruttonjee Maharaj v. Karsandass Mooljee & Anr.] which was also called the “greatest trial of modern times since the trial of Warren Hastings.” 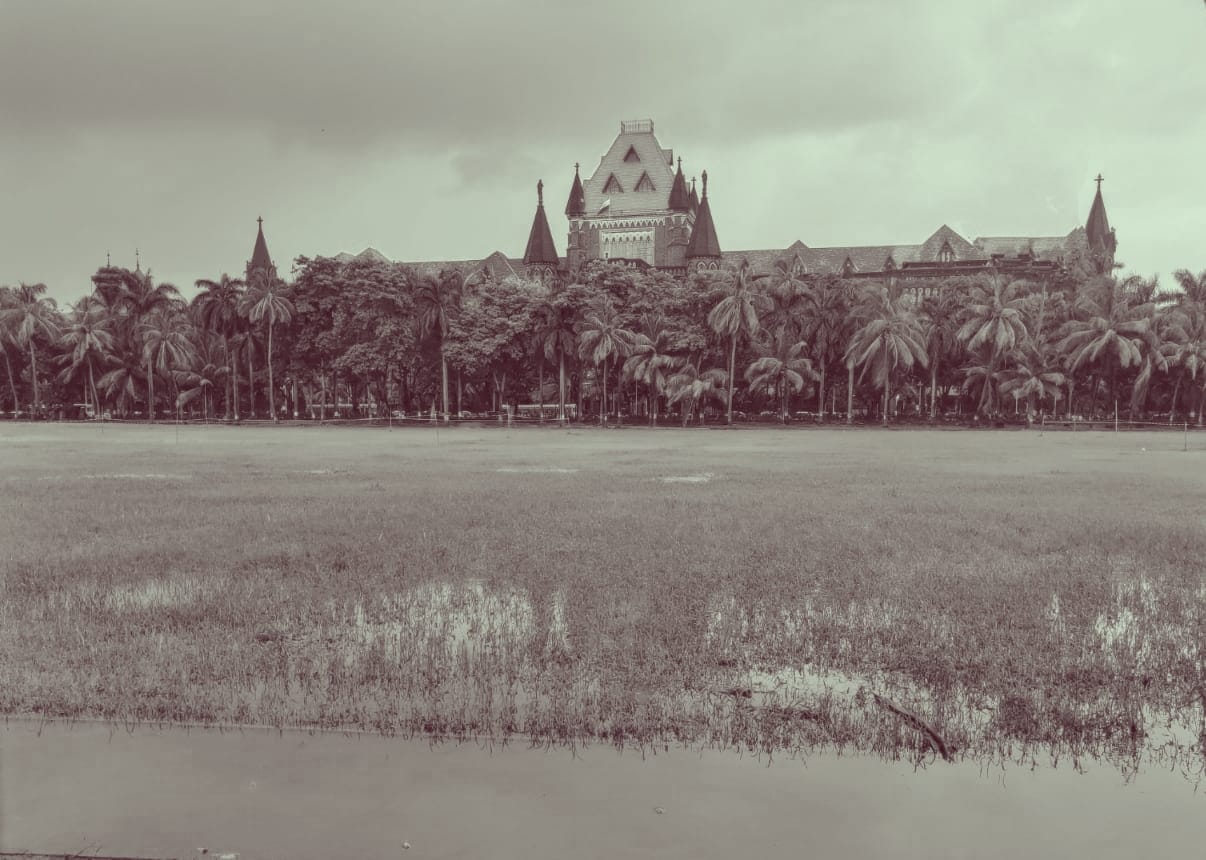 On 21st October 1860, Karsandass Mooljee, the editor of Satya Prakash, a Gujarati newspaper having its circulation in Bombay, published an article titled, “The Primitive Religion of the Hindus and the Present Heterodox Opinions”, exposing the adulterous and immoral acts of Maharajas (Vaishnav priests), which according to him, prevailed in the Vallabhacharya sect.  The article called the sect delusive to simple people, and alleged the Maharajas of causing disorder in the society. It highlighted that the sect preached men to “make over one’s wife and one’s daughter” to the Maharaj before he enjoyed her. It expressed disgust of the practices of the sect, and accused the sect of perpetrating shamelessness, subtlety, immodesty, rascality and deceit. The article further went on to name Jadunathjee Brizruttonjee Maharaj multiple times, and questioned him if he wished to delude simple people even more, and rub dust in the eyes of the public. It accused the Maharaj of leading a licentious and immoral life, defiling the wives and daughters of his devotees.

This article led to Jadunathjee Maharaj filing a libel suit against Karsandass Mooljee, the editor, and Nanabhoy Rustomjee, the printer of Satya Prakash before the Supreme Court of Bombay, as it was known then, on 14th May 1861. The suit stated that the libel greatly injured the character of the Maharaj as a Brahmin, as a Hindu High Priest, and as a member of the Vallabhacharya sect. It brought public scandal, infamy and disgrace to the Maharaj amongst Hindu inhabitants of Bombay, and caused people to suspect the Maharaj of being guilty of holding heterodox opinions in religious matters. The suit sought damages of Rs. 50,000 from Karsandass and Nanabhoy.

This judgment emancipated the thoughts of the masses and freed them from orthodox beliefs and debauch practices.

The trial began on 26th January 1862, and went on for twenty-four days before the Supreme Court of Bombay, with Sir Lyttleton Holyoake Bayley representing the Maharaj, and Mr. Thomas Anstey appearing for Karsandass and Nanabhoy. Sir Bayley had a large practice, and was appointed as the Advocate General, before he was elevated to the Bench in 1869. Mr. Bayley was apparently not in the good books of the Government. One of his juniors at the Bench superseded him as Chief Justice, on which Mr. Bayley immediately resigned.

Mr. Anstey was known for his scathing and relentless cross-examination, which very few could withstand. It is said that on the first date of the trial, Mr. Anstey entered the court-room, and brushed past the Maharaj, who immediately shouted, “Do not contaminate me with your touch,” to which Mr. Anstey fiercely replied, “Tell the foul beast that I won’t touch him with a pair of tongs.”

In order to prevent witnesses from deposing against the Maharaj in Court, the managers of the Maharaj passed a resolution in the meeting of the Bhattia caste, stating that any member of the caste, who deposed against the Maharaj would be ex-communicated. Interestingly, the Resolution was challenged by Karsandass by way of a suit of conspiracy. The nine accused were found guilty by the Court, and were subjected to payment of fine.

The trial attracted much public attention, since it was seen as a conflict between the orthodox section of the Hindu society on the one side, and the newly educated elite class of Bombay on the other. The Maharaj examined thirty-one witnesses, whereas Karsandass and Nanabhoy were supported by thirty-three witnesses. 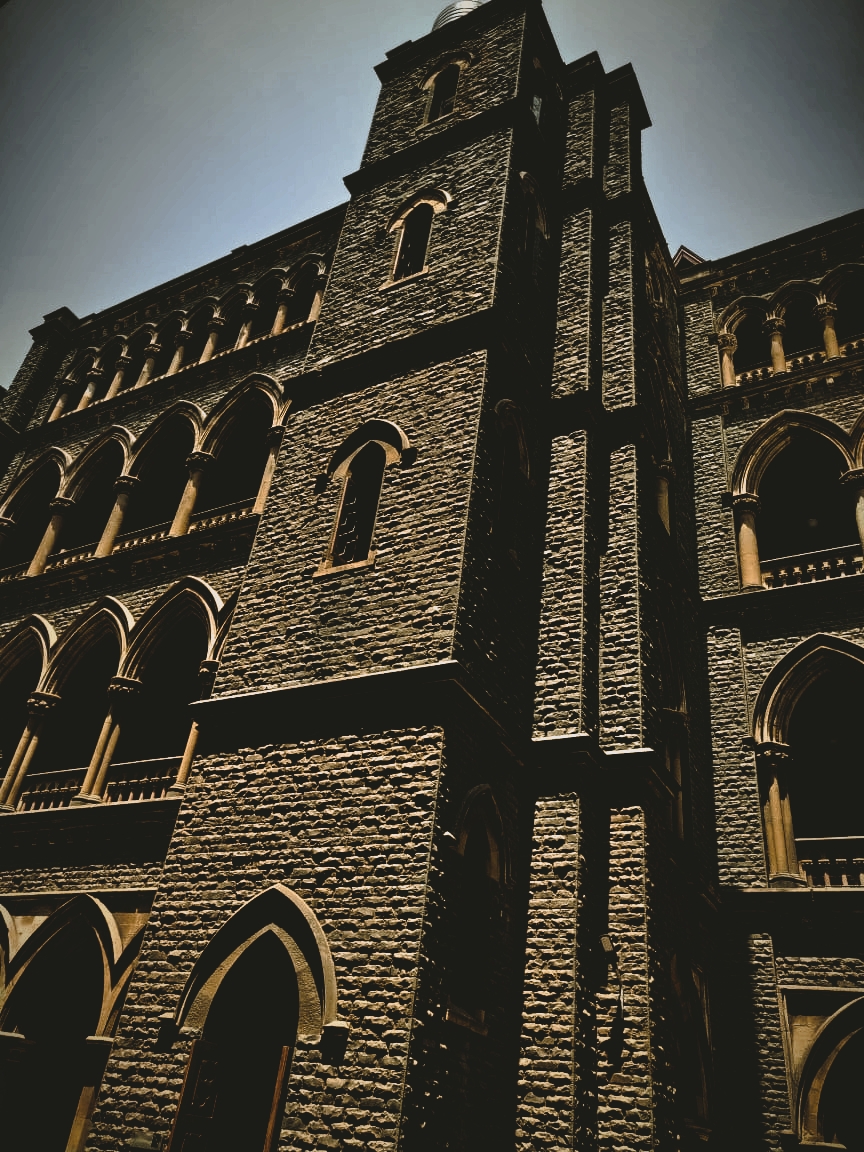 On 22nd April 1862, Sir Matthew Richard Sausse, popularly known as “Sausse the Silent”, who was the then Chief Justice of the Supreme Court of Bombay passed a detailed Judgment holding that the libel was covered by the plea of justification raised by the defendant. It was held that the defendant entered into this controversy with the honest intent of exposing the acts, which he conscientiously believed to be disruptive of social morality.

The Court noted that the defendants examined several credible witnesses, who deposed to the existence of an opinion in the sect that the Maharajas were engaged in immoral practices. Reliance was also placed on a resolution passed by members of the Bhattia caste prohibiting females from worshipping at the temples of the sect, except when the Maharajas were occupied in their practices.

The trial attracted much public attention, since it was seen as a conflict between the orthodox section of the Hindu society on the one side, and the newly educated elite class of Bombay on the other.

The Court held that this resolution was introduced as a consequence of the belief that immoral practices were taking place, under the colour of female devotees going at night to perform worship at the Vallabhacharya temples. The Court observed that the credibility of the defendants’ witnesses could not be impeached, and mere denial of the plaintiff could not outweigh the strong, clear and direct evidence adduced by the defendant.

Justice Arnould in a separate concurring and elaborate opinion, while holding that the article complained of, is of no libel, made some interesting observations:

“This trial has been spoken of as having involved a great waste of the public time. I cannot quite agree with that opinion. No doubt much time have been spent in hearing this cause, but I would fain hope it has not been all time wasted. It seems impossible that this matter should have been discussed thus openly before population so intelligent as that of the native of Western India, without producing its result. It has probably taught some to think; it must have led many to enquire. It is not a question of theology that has been before us! it is a question of morality. The principle for which the defendant and his witnesses have been contending is simply this – that what is morally wrong cannot be theologically right—that when practices which sap the very foundation of morality, which involve a violation of the eternal and immutable laws of Rights, are established in the name and under the sanction of Religion, they ought, for the common welfare of Society, and in the interest of Humanity itself, to be publicly denounced and exposed. They have denounced-they have exposed them. At a risk and to a cost which we cannot adequately measure, these men have done determined battle against a foul and powerful delusion. They have dared to look Custom and Error boldly in the face, and proclaim before the world at their votaries, that their Evil is not Good, that their Lie is not the Truth. In thus doing they have done bravely and well. It may be allowable to express a hope that what they have done will not have been in vain-that the seed they have sown will bear its fruit-that their courage and consistency will be rewarded by steady increase in the number of those, whom their words and their examples have quickened into thought and animated to resistance, whose homes they have helped to cleanse from loathsome lewdness, and whose souls they have set free from debasing bondage.”

This judgment emancipated the thoughts of the masses and freed them from orthodox beliefs and debauch practices. The Maharaj Libel Case was perhaps one of the last famous cases heard by the Supreme Court of Bombay, before it amalgamated into the present day Bombay High Court on 14th August 1862, established by the Royal Letters Patent under the Indian High Courts Act, 1861.