To mark the 158th anniversary of the Bombay High Court, we introduce a month-long ‘Historical Series’ over the weekends. The series delves into some interesting historic cases that the Hon’ble High Court has heard over the years. PRASTUT DALVI and VIDHI THAKER in Part IV, the finale, talk discuss Justice Kania’s verdict on criminal contempt and its overturning by the Privy Council. Apt in light of the recent criminal contempt case against Prashant Bhushan, this article gives pertinent insights into how courts should construe criminal contempt.

“I do not keep anything back at all. My fault is that I disclose everything, unlike members of the Bar, who are in the habit of not doing so and misleading the court,” those were the words which impelled Justice Harilal Kania to initiate criminal contempt proceedings against Parashuram Detaram Shamdasani, who appeared before the Bombay High Court in 1942.

Shamdasani was a chronic litigant, who appeared in-person and often dragged the Central Bank of India to the doors of the Bombay High Court. He uttered these words while appearing before a bench headed by Justice Kania, on a summons to review taxation of costs.

While arguing in his customary intimidating manner, Shamdasani made two remarks which brought upon him the trouble that ensued. M.V. Desai, who appeared for the respondents, immediately protested against the comments. Immediately, Shamdasani tendered an apology and expressed his regret for making remarks in the heat of the moment. At that time, the Bench did not respond to the opposition raised by  Desai.

The Privy Council held the Court’s decision to punish him for contempt as making a mountain out of a molehill. A statement unworthy of answer, or even notice, received undeserved advertisement

On the next day, Sir N. P. Engineer, the then Advocate General for Bombay, and Desai moved the Court to initiate contempt proceedings against Shamdasani, for employing language that maligned the Bar. Expressing his remorse, Shamdasani apologised again. The Bar, however, pressed that action be initiated against him. The Bench headed by Justice Kania heard the matter and delivered a lengthy judgment the next day.

While dealing with the nature of remarks made by Shamdasani, Sir Kania concluded that the statements were contemptuous. Agreeing with the motion raised by the Advocate General and Mr. Desai, Justice Kania convicted Shamdasani for contempt and sentenced him to imprisonment for three months and a fine of Rs.1,000. On an application by Shamdasani, the sentence awarded was reduced to eight days of imprisonment while the fine amount remained unaltered. 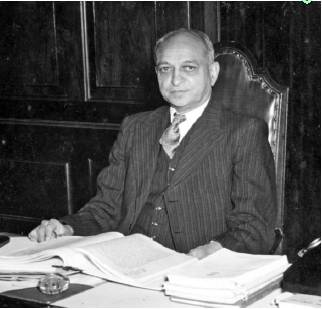 Privy Council on Contempt of Court

After undergoing his sentence, Shamdasani filed a petition for leave to appeal to the Privy Council. The matter was heard by a Bench presided over by Justice Beaumont, the then Chief Justice of the Bombay High Court, with Justice Sen as the puisne Judge.

A great degree of unwarranted importance was awarded to the statements of Shamdasani and his words in no way interfered with the administration of justice. The Court, therefore, observed :

“…The charges by laymen that the Bar is in the habit of misrepresenting facts, that they assert that a client has a just cause when they know it to be unjust, or that he is innocent of the offence charged when they know him to be guilty, are as old as the profession itself.

While dealing with the nature of remarks made by Shamdasani, Sir Kania concluded that the statements were contemptuous.

Swift described the Bar as ‘a society of men bred up from their youth in the art of proving by words multiplied for the purpose, that white is black and black is white, according as they are paid.’ That sort of charge is entirely untrue. The Bar does not state facts; it is contrary to the ethics of the profession to do so. They do not allege that black is white; the most they do is to submit that there is no evidence to show that the black is not white.”

In the court’s view, the tendency of modern decisions was to restrict rather than enlarge the class of cases where contempt could be initiated. Shamdasani was granted leave to appeal before the Privy Council and the deposit, usually required for such an appeal, was dispensed with.

The Privy Council, comprising a Bench of Lord Macmillan, Lord Goddard and Sir Madhavan Nair allowed the appeal and awarded costs of the appeal to Shamdasani. They held that the power of punishing for contempt should be used sparingly and in serious cases only. The usefulness of this power depended on the wisdom and the restraint with which it is exercised. The powers to punish for contempt cannot be used to suppress methods of advocacy, which are merely offensive. The Privy Council held:

“It would have been more consonant with the dignity of the Bar to have ignored a foolish remark which has been made over and over again, not only by the ignorant, but by people who ought to know better, and no doubt will continue to be made so long as there is a profession of advocacy.”

The Privy Council held the Court’s decision to punish him for contempt as making a mountain out of a molehill. A statement unworthy of answer, or even notice, received undeserved advertisement. The Bar could maintain its dignity and prestige, without having to invoke contempt jurisdiction. 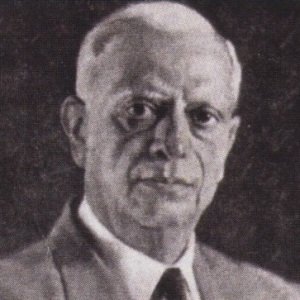 One such legend was the Judge who heard the contempt case of 1942 – Sir Harilal Jekisundas Kania. Justice Kania started his practice before the original side of the Bombay High Court in 1915. Within 18 years, he was elevated to the Bench and went on to serve as the Chief Justice of the Bombay High Court in 1945. His journey then ventured into the Federal Court, where he served as a Judge till 1946. After independence, he became the first Chief Justice of India.

It is indeed within the walls of this great institution, that there is no equal or superior, but the Constitution of India.

We conclude our series of time-travel of historical cases heard before the Bombay High Court with the words of Sir John Peter Grant, a Judge of the “Supreme Court of Bombay, who in 1828, remarked: “Within the walls of this Court, there is no equal or superior, but the God and the King.”

With slight adaptation, these words would ring true even to today’s day. It is indeed within the walls of this great institution, that there is no equal or superior, but the Constitution of India.