“In the course of my recent tour, during which I visited some of the most famous sites and beautiful or historic buildings in India, I more than once remarked, in reply to Municipal addresses, that I regarded the conservation of ancient monuments as one of the primary obligations of Government.”

-Lord Curzon, Viceroy of India, addressing the Asiatic Society of Bengal in 1900, at its annual meeting

Driven no doubt by imperial considerations, Curzon gave a big impetus to the preservation of monuments, infused new energy into the Archaeological Survey of India, and a created policy framework for heritage preservation.

The Ancient Monuments Preservation Act of 1904 forms the foundation for post-independence legislations. It defined a monument as “any structure, erection or monument, or any tumulus or place of interest, or any cave, rock sculpture, inscription or monolith, which is of historical, archaeological or artistic interest”, as also “such portion of land adjoining the site of an ancient monument as may be required for fencing or covering in or otherwise preserving such monument”.

Heritage tag, rather than being a matter of pride, is a sour point with property owners as they don’t have a free hand to renovate structures.

The Act provided for the compulsory purchase of a building by the government if it felt the monument was threatened, put restrictions on any alteration in such monuments, and fixed boundaries around monuments within which mining, quarrying or construction activity was strictly controlled by the government.

The Ancient and Historical Monuments and Archaeological Sites and Remains (Declaration of National Importance) Act, 1951 was the first legislation for heritage preservation in independent India. It bestowed “national importance” status upon all the monuments and archaeological sites and remains that had been originally included in the 1904 Act. 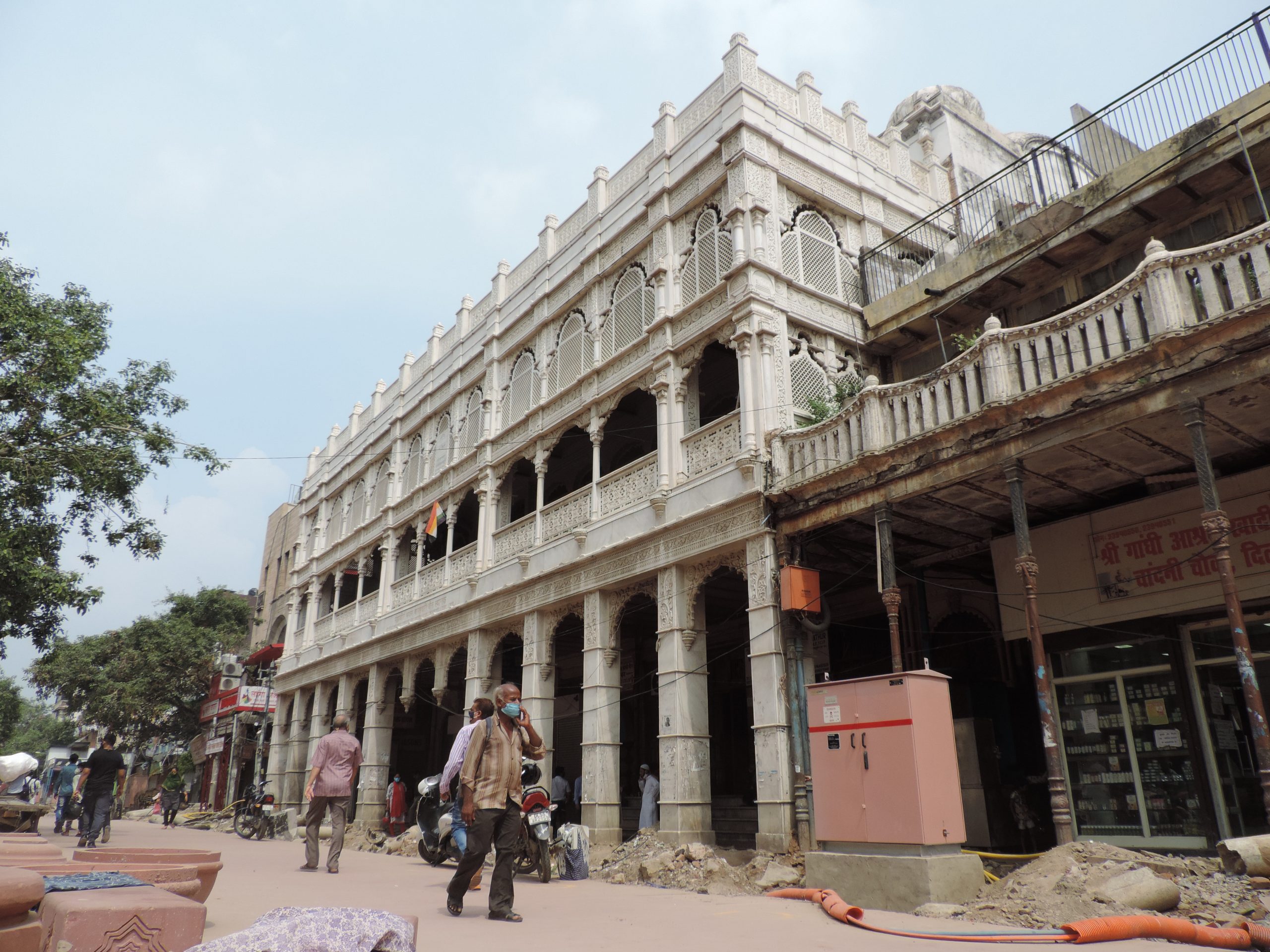 More monuments have been added to this list, adding up to a total of 3,700 monuments-all of national importance.

In 1958, the Ancient Monuments and Archaeological Sites and Remains (AMASR) Act was enacted, which, taking on from the 1904 Act, introduced the notion of “prohibited” area around a monument, in which no construction work was allowed except under the supervision of an archaeological officer; and a further regulated area, in which too restrictions would apply.

This was followed up with the Ancient Monuments and Archaeological Sites and Remains Rules, 1959, empowering the Central Government to specify the exact prohibited and regulated area around national monuments. Under these rules, it was in May 1991 that the Central Government specified 100m area around the monument as a prohibited area, and further 200m, as regulated area.

Navin Piplani, Principal Director, INTACH Heritage Academy, told The Leaflet: “Most of the provisions of the Act resonate with what was happening during the British colonial period. Many of the monuments that have been declared monuments of ‘national importance’ are not isolated structures. These are surrounded by people. In our cultural context, these were not ‘monuments’; these were part of the settlement. But when you bring in an Act, you bring in bureaucracy and control.”

Piplani questions the treatment of a monument as an ‘island’ that creates a disconnect with the people living around these monuments.

As an alternative, he cites examples of several international practices.  In Rome, there are monuments you can pass by in a car or live in a hotel next to it. It does not have strict boundaries.

In Paris, heritage is integrated within the fabric of the city and you can’t distinguish between old and new. In the archaeological city of York, you have an archaeological excavation and right next to the site you can develop a whole new housing complex.

Piplani questions the treatment of a monument as an ‘island’ that creates a disconnect with the people living around these monuments.

Piplani also questions the rigidity regarding the 100m prohibited area. “You can do the grading. For a structure like the Taj Mahal, even 100 or 200m will not work. Maybe you need 500m or more is needed. On the other hand, a structure like Kos Minar which are milestones set up on the Grand Trunk Road by Sher Shah Suri does not need 100m protected area. Maybe 50m or 30m would suffice.”

This could perhaps address the issue of flexibility that Piplani has raised, but it will only work if bye-laws are framed and approved speedily.

The AMASR Act ensures protection to the monuments of national importance, though courts have on several occasions expressed anguish about the apathy towards heritage preservation, noticeably in the case of a deterioration of marble of the Taj Mahal due to industrial emissions. Also in the case of construction of high-rises in close proximity of Jantar Mantar, New Delhi, and in undermining the heritage value of heritage buildings of Mumbai, due to billboards and neon signs. 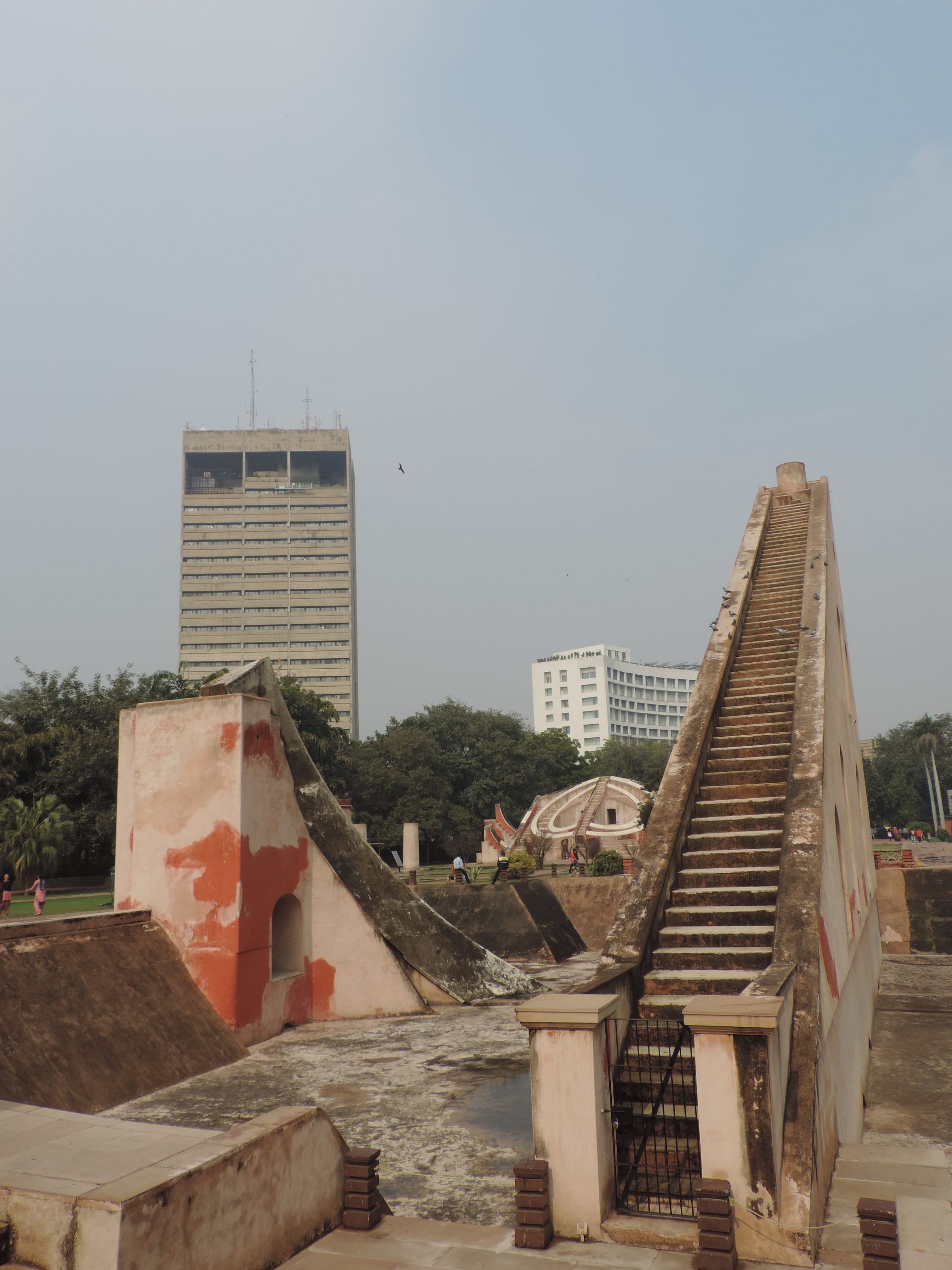 But there are a large number of non-monument heritage buildings, which come under the protection of municipal bodies. These buildings, a majority of them residential, would have unique architectural features, historical significance or a cultural connect with the city or neighbourhood.

Maharashtra was a pioneer in framing the rules for these buildings —the Heritage Regulations for Greater Bombay in 1995, under the Maharashtra Regional and Town Planning Act, 1966. Buildings and precincts, depending upon their importance, were divided into Grade I to III; while in Grade I no alteration was allowed except for strengthening of structure, in Grade III, some changes were allowed, subject to the approval of the Heritage Conservation Committee.

A new dimension that has been added to the preservation discourse is the trend of preserving entire cityscapes, streets, or neighborhoods as they reflect the historical or cultural ethos of that place.

The conservation-development debate comes into play in full force at this level, with the scarcity of housing, pressures from real estate, and political forces being at loggerheads with conservation needs.

There is real estate greed at work no doubt, but there is also the plight of owners. Heritage tag, rather than being a matter of pride, is a sour point with property owners as they don’t have a free hand to renovate structures.

Piplani echoes a common feeling when he says: “A building cannot be frozen in time. And the owner of that property should be able to enjoy modern comforts just as others do, like a car, air conditioning, etc. Give them those enabling laws that they don’t feel that heritage is a burden, but a boon.”

And Mumbai is the most glaring example of these contrary pulls at play. In fact, the Development Control and Promotion Regulations (DCPR) 2034 has diluted the Heritage Regulations of 1995, primarily by undermining the role of the Heritage Conservation Committee.

For Grade III buildings and precincts, the Plan states that for minor repairs and maintenance like plumbing and repair to the roof, the Commissioner can grant approval without the No-Objection Certificate of the Heritage Conservation Committee, on the condition that there will not be any change in the façade.

In case of reconstruction or redevelopment of Grade – III buildings, the Commissioner can grant approval for a height of up to 32 m. Even if the height exceeds 32 m, there is provision for special permission from the Commissioner.

Vikas Dilawari, eminent conservation architect and UNESCO award winner, who has renovated or restored numerous structures of historic significance in Mumbai, like the Flora Fountain, Army & Navy Building, Esplanade House, J N Petit Library, says that the impact of DCPR-2034 on Grade III buildings and precincts will be grave. “Grade III constitutes bulk of the heritage listing. And no one is going to touch Grade I buildings.” 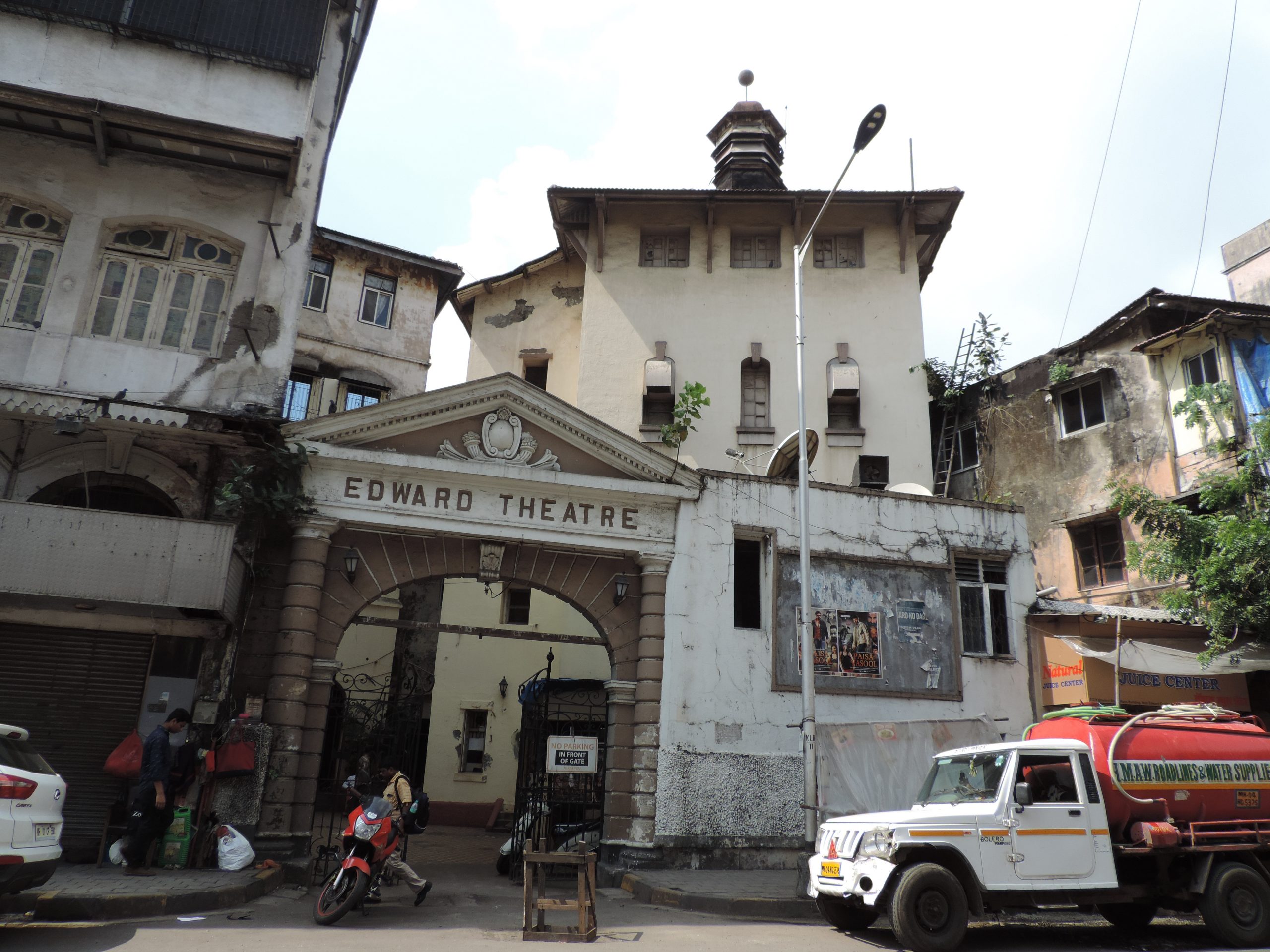 He further expresses concern: “Once the balance between development and heritage is tilted towards the former, landmarks will start losing context. A good urban design will go for a toss.”

Similar concerns are being voiced in other cities as laws are tweaked to the detriment of heritage structures. In Kolkata, a builder consortium managed to have the Old Kenilworth Hotel downgraded to Grade III, which facilitated its demolition.

In Hyderabad, when the state of Telangana was formed, a 19th Century mansion called Irrum Manzil lost the legal protection it had enjoyed due to a new law. So, the state government planned its demolition to make way for a new legislative assembly on the spot.

It was the judicial intervention that saved the structure from getting demolished.

In Bengaluru, a citizen group called Heritage Beku has been formed to fight the threat to built heritage and green cover. The stark reminder of what the citizens are pitted against is the demolition plan of the old Election Commissioner’s Office, a colonial-era bungalow in the Cubbon Park, to make way for a seven-storey annex of the Karnataka High Court.

It was the judicial intervention that saved the structure from getting demolished.

Prabha Dev, a member of Heritage Beku, says, “Citizens have stepped in as the Opposition is silent. When it comes to loot both the ruling party and opposition are on the same side.  And the team has campaigned relentlessly, besides engaging with the administration and government to protect the heritage. We made good use of social media to spread awareness. This mobilised the citizens and put pressure on the establishment.”

The concerns raised by the pressure group have yielded results, with the Karnataka Government bringing in Zonal Regulations (Amendment) 2020. This regulation provides for the composition of heritage conservation committee, creation of heritage listing, and puts restrictions on redevelopment in heritage properties and natural features.

A new dimension that has been added to the preservation discourse is the trend of preserving entire cityscapes, streets, or neighborhoods as they reflect the historical or cultural ethos of that place.

While Lutyen’s Delhi and Shahjahanabad’s candidature for the status of UNESCO World Heritage City was put on hold by the Indian government in 2015, two other cities, the walled city of Ahmedabad and Jaipur have bagged the coveted tag in 2017 and 2019 respectively.

This comes with strict international norms regarding the façade, repair, renovation, and reconstruction of any structure in an entire area.

The heritage city tag needs to be accompanied by enabling laws, adequate civic infrastructure, and economic incentives for an entire populace. Otherwise, the heritage status will suck the vitality out of these cities.

(Meha Mathur is a senior Delhi based independent journalist. All images courtesy the author. Views are personal.)

IP vs. the right to repair: deciphering the legal conundrum