No Result
View All Result
in Analysis Miscellaneous Opinion

India has traditionally been at the receiving end of some heavy defeats in Australia. Hence, the achievement of the Class of 2021 at Brisbane is every bit as remarkable as the Class of 2001 at Eden Gardens in Kolkata. This was India’s best-ever win in one of the most difficult places on earth, with a team ravaged by injuries, pandemic-induced lockdowns, bio-bubbles and suffocating restrictions. The way India snatched a memorable victory from the jaws of certain defeat will remain etched in our memories forever, writes SUNIL FERNANDES.

The Indian cricket team’s remarkable win at the recent Brisbane test has opened up a veritable debate among cricket romantics–is this the greatest test match win ever for India. Till now, the Kolkata test match of 2001 against the Aussies was considered India’s finest cricketing hour. Twenty years later, Brisbane rises as a credible challenger to Kolkata.

The Aussies came calling for a three-test series in March 2001. Unlike their 2020-2021 counterparts, the 2001 Aussie team were the world champions. Its captain, Steve Waugh, is still considered to be the gold standard in cricketing courage. He was resilient, dogged and extremely proud of the “Baggy Green” Aussie test cap. Under him, the Aussies had embarked on an era of global domination, which commenced with a bang during their home series against Pakistan in 1999. Two years and 15 straight test wins on a trot later, Waugh declared that India was their “Final Frontier”.

As with most of the teams touring India, the Aussies too found the conditions notoriously difficult to win test matches. They hadn’t won a Test series in India for more than three decades. Waugh wanted to set this record straight and also challenge the West Indies team of the 1980s and Don Bradman’s 1948 “Invincibles”. The astute captain was aware that recognition would not come his way unless he was able to conquer India in India. Hence, it was the “Final Frontier”.

The Class of 2001 had some all-time Aussie greats who could have waltzed into any country’s team. Shane Warne, Glen McGrath, Ricky Ponting, Adam Gilchrist, Jason Gillespie, Matthew Hayden and the Waugh twins–Steve and Mark–whose nickname in his early days was “Afghanistan” aka the “Forgotten War” or the “Forgotten Waugh” as the Aussies would pronounce it. Unlike his older twin Steve, Mark Waugh had to endure lengthy spells on the fringes before he became a permanent and legendary fixture in the team, hence the nickname.

Man-to-man, India, except for Sachin Tendulkar, was hardly a match for the rampaging Aussies. An illustration of this–while Adam Gilchrist, who redefined the cricketing lexicon for a wicketkeeper-batsman, wielded the gloves for the Aussies, the corresponding slot for India was held by Sameer Dighe. Sameer who, you may ask. Exactly my point.

The first test in Mumbai got over in three days despite Tendulkar top-scoring for India in both innings. The brash, aggressive and at times, profane, Aussies became, well, more brash aggressive and profane.

For more than half of the second test at Kolkata, India was staring at a bigger humiliation than the one they suffered in the previous test at Mumbai. After being made to “follow-on”, India in their second innings ended Day 3 20 runs behind the Aussie first innings total. The Aussies were licking their fingers at completing the formalities on Day 4, knocking India out in double quick time to retain the Border-Gavaskar trophy and with it conquered the “Final Frontier”.

Then the unprecedented and unthinkable happened.

VVS Laxman and Rahul Dravid batted the whole of Day 4, with a delectable mix of controlled aggression and watchful defence, hitting legendary bowlers like Warne and McGrath to all corners of the park, as if they were a pair of amiable, amateur Sunday League bowlers, to turn the match, series and history on its head. Laxman’s 281 (I still consider this as the best test innings I have ever watched) and Dravid’s 180 propelled India and set a target of 372 for the Aussies to win the test match on Day 5. 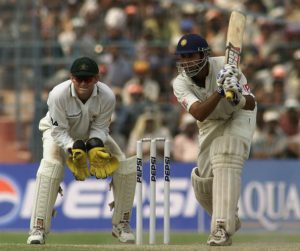 A very young Harbhajan Singh (leading the spin attack in the absence of his more accomplished senior partner Anil Kumble who was injured) took over where Laxman/Dravid left. He had already become the first Indian ever to take a hat trick in tests. India won the Kolkata test in the last hour of the last day and went on to win the last test in Chennai in similar nail-biting circumstances. So from the brink of the ignominy of being blanked out 0-3 by the Aussies, India won 2-1 against not only the world champions but also one of the best teams in history.

Comparatively, the present Aussie team under Tim Paine is not a patch on Waugh’s team of 2001. But the reason why this series and the Brisbane test can justifiably challenge the 2001 series and the Kolkata test as India’s best ever is that never before has the team won a test series and that too in one of the most difficult places on earth, with a team ravaged by injuries, pandemic-induced lockdowns, bio-bubbles and suffocating restrictions. Only two players played all four tests–Captain Ajinkya Rahane and Cheteshwar Pujara. India ended up using a never before figure of 20 players for the four tests. On top of it, Virat Kohli was absent in the final matches.

In the early hours of December 19, 2006, 54-year-old Prem Kohli unexpectedly passed away due to cardiac arrest. His untimely death would have never found its way in this article but for the fact that his 18-year-old son was playing a Ranji Trophy match for Delhi and was on 40 not out overnight, battling to save his team against Karnataka, the second greatest team in the history of the Ranji Trophy after Bombay.

Kohli’s son, Virat, keeping aside his immense personal grief, took the field for his team a few hours later and went to score a fighting 90. Fifteen years later, he had accomplished almost everything and more that a batsman can hope to achieve in international cricket. He is now the world’s best batsman and the captain of the Indian Men’s cricket team. Under his watch, India are shot out for their lowest-ever score in its nearly 80-year-test history (36, Adelaide, first Test).

But unlike his earlier 18-year version, the superstar-captain decides to go on “paternity leave” despite the drubbing in the first test. In India’s super-star fawning culture, no one tells him that as the captain, he is the “Pater-Familias” of the entire team. As Kohli boarded the plane back to India and was not to return for the rest of the remaining three matches, the Aussies made dire doomsday predictions–if with Virat India scores a measly 36, then without him,  the team does not have a prayer.

The first choice of 11 was almost obliterated by injuries. The players who took the field in the last two tests at Sydney and Brisbane weren’t in the reckoning to play a single match when the tour had commenced. Yet, with this group of debutantes and the walking wounded, Captain Rahane wins the second test at Melbourne, snatches a precious draw from certain defeat in Sydney, did one better in the last test at Brisbane, and snatches a memorable victory from the jaws of certain defeat.

India had never ever won at the Gabba and Aussies had last lost there in 1988 when most of our Facebook-Instagram generation wasn’t even born!

India has traditionally been at the receiving end of some heavy defeats in Australia. Prior to the 2018 series, India won a measly six tests while losing 28 tests to the Aussies in Australia since their first tour in 1947-48. Hence, the achievement of the Class of 2021 is every bit as remarkable and significant as the Class of 2001. Personally, the Eden Gardens test of Kolkata 2001 still remains my sentimental favourite. But Brisbane 2021 is a close second and I am every bit grateful for cathartic life-long fond memories.

(Sunil Fernandes is an Advocate-on-Record, practicing in the Supreme Court of India. Views are personal.)