No Result
View All Result
in Analysis Law and Technology

The $ 5.7 billion Facebook-Jio deal has raised several concerns about whether the two giants will create a digital monopoly. It is for the Telecom Regulatory Authority of India (TRAI) to ensure that the Internet remains an equal opportunity network that provides a level playing field,  argues RAFI AHMED.

WHEN, in June, the Competition Commission of India (CCI) cleared Facebook’s acquisition of a 9.99 percent stake in Jio Platforms, the digital arm of Reliance Industries, it raised several eyebrows. Why had Mark Zuckerberg shelled out $ 5.7 billion (Rs 43,574 crore) — the largest single foreign investment in India’s telecom sector — for less than 10 percent holding in a company that was only four years old and had a total investment of only Rs 1.8 crore?

Many wondered if the deal had been brokered to create a giant monopoly and whether it would in future compromise the principles of net neutrality and enable the backdoor imposition of zero-rating in India. Opinions are divided on both counts.

Net neutrality is based on the principle that the Internet must be an equal opportunity global network that offers all players a level playing field.

As a corollary to this, Internet service providers (ISPs) should treat all net content equally and must neither hinder or quicken access to certain services or content. The primary argument for net neutrality is that if the ISPs give preferential treatment to certain content, then newer players will have a much more difficult time competing for customers, which in turn will stifle innovation.

A civil liberty concern for protecting net neutrality is that if access to the Internet is dominated by a few private companies, then these companies will have enormous power of selecting content and speech accessed by the public. This in turn could have a huge political and social impact, besides affecting internet tariffs and data pricing.

A civil liberty concern for protecting net neutrality is that if access to the Internet is dominated by a few private companies, then these companies will have enormous power of selecting content and speech accessed by the public.

As for zero-rating, it is an insidious commercial practice used to throttle net neutrality in which Internet service providers (ISPs) and their social media cousins try to contain/control access of internet users.

To put it simply, an ISP promises not to count the use of a particular App or service against your monthly data usage cap. But if a service provider offers its customers the use of an App under a zero-rating formula, it is discriminating against other Apps. And only larger corporations (like Facebook or Netflix) can sustain zero-rating deals with ISPs. Zero-rating thus virtually forces net consumers to confine their Internet and data usage to specific platforms or Apps (like Facebook or WhatsApp), which is free and not accounted for in their data usage. 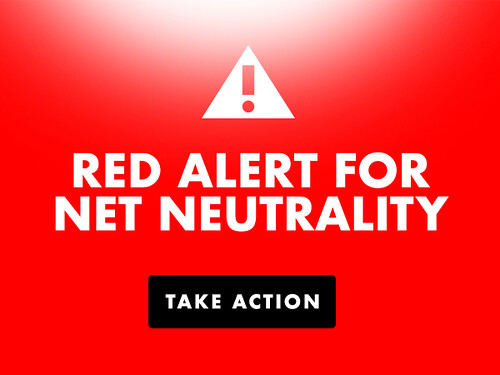 This limited choice situation has happened in many countries. In Brazil, for instance, most citizens had unlimited social media access thanks to zero-rating plans but got little access to the rest of the Internet because a broadband connection was still expensive. As a result, when fake news went viral on free messaging services like WhatsApp, most Brazilians could not even fact-check from the wider net.

Interestingly, in 2015, Facebook Inc. had attempted to launch the so-called “Free Basics” a zero-rating program in partnership with Reliance Communications.

The ostensibly altruistic program was decried by activists and critics for violating the principles of net neutrality, by giving preferential treatment to certain websites, including Facebook. It was scrapped after the Telecom Regulatory Authority of India (TRAI) advised against it.

o put it simply, an ISP promises not to count the use of a particular App or service against your monthly data usage cap. But if a service provider offers its customers the use of an App under a zero-rating formula, it is discriminating against other Apps.

There have been other attempts by ISPs to distort net neutrality. For example, Airtel wanted to charge its customers over and above its data packs for Voice over Internet Protocol (‘VoIP’) calls. Consequently, customers would have to pay more as data charges for making calls over services such as Skype. This discriminatory pricing was not implemented partly because of the backlash on social media and because Airtel was waiting for TRAI to clarify its position on net neutrality.

It was in 2016 that the Reliance Jio telecom platform or the “Jio Ecosystem” was launched in India. It proved to be a disruptor in the Indian telecom space and very soon several smaller players were either bought out by Jio or quit the industry.

The impact of Jio on data consumption and data accessibility in India was almost instantaneous. Mobile data consumption shot up to 370 crores Gb a month from 20 crores GB/month. Jio also managed to reduce the number of ISPs in India to just four — Jio, Airtel, Vodafone Idea and BSNL. The latter three are now struggling to survive. India, thanks to Jio, became home to the world’s second-largest Internet user base. It is precisely this that Facebook now wants to piggy-back on and create a monopoly of sorts.

In 2015, the Reliance Facebook deal in its earlier avatar had announced the launch of two services which could have had potential net neutrality issues. The first was the launch of its short format video sharing App ‘Lasso’, which was supposed to compete with TikTok. India had about 120 million TikTok users at that time, which was the highest that the App had outside China.

The pernicious idea was simple: if you can’t pay for Internet access, you’ll rely solely on Facebook’s free services and you’ll end up believing that Facebook is the Internet and the Internet is Facebook.

Camouflaged as a philanthropic endeavour under the domain ‘Internet.org’, zero-rating Facebook was part of Zuckerberg’s master plan to get millions of new users online. The pernicious idea was simple: if you can’t pay for Internet access, you’ll rely solely on Facebook’s free services and you’ll end up believing that Facebook is the Internet and the Internet is Facebook.

It was then argued by many critics that as soon as Facebook launches Lasso, it will instantly become bigger than TikTok. Then again there was a huge controversy over the introduction of WhatsApp payment App which could be bundled with the Reliance network. Security and anti-trust (read monopolisation) concerns were raised and the fear was that other rival payment apps like Paytm and MobiKwik may get wiped out in the process. Due to civil society protests and consequent regulatory initiatives, the Facebook-Reliance deal fell through. 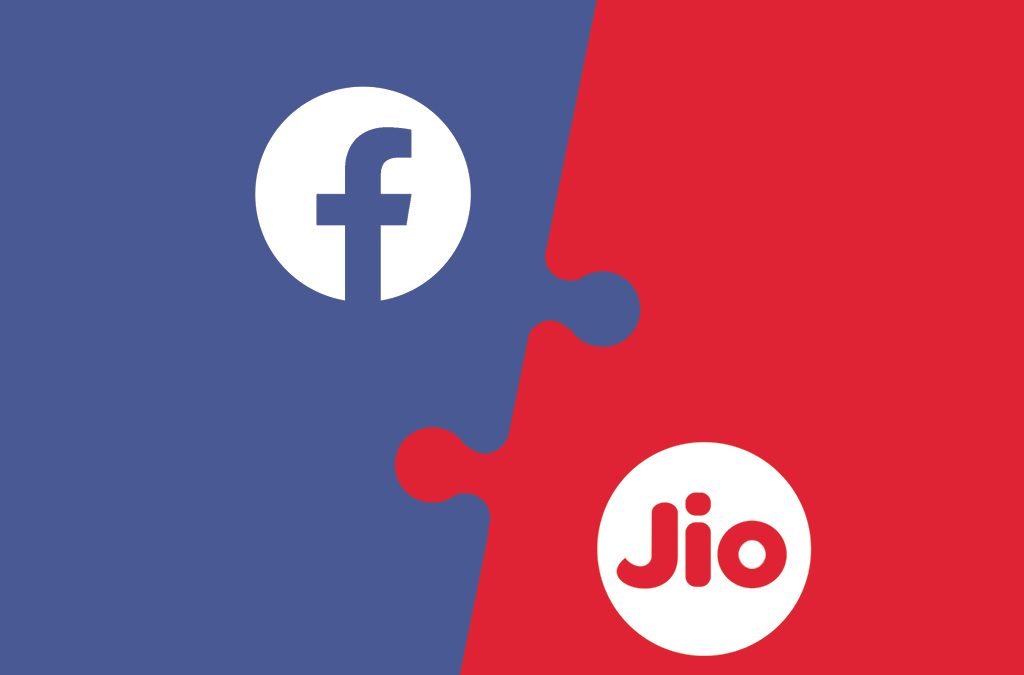 Incidentally, India is so far one of the few countries in the world to take a proactive stance on the issue of net neutrality. Fair play is implemented through the licence agreements executed between the Department of Telecom (‘DoT’) and the ISPs. This means that though there is no express legislation that protects net neutrality, it is embedded in the licence agreements which can be easily modified, unlike legislation.

Criticism about the Present Deal

The Facebook-Jio deal has come in for criticism from civil society as well as trade and industry bodies, which have been very vocal about the economic and political fallout of the deal both in the short and long term. Critics argue that the deal poses a bigger threat to local interests than even e-commerce giants like Amazon and Flipkart. They point out that both Facebook and Jio are market leaders in their respective fields with access to massive amounts of data, which could set the stage for “digital colonisation”.

They point out that both Facebook and Jio are market leaders in their respective fields with access to massive amounts of data, which could set the stage for “digital colonisation”.

Fears have also been expressed about how Jio could leverage Facebook’s enormous data to jumpstart its JioMart initiative to kill competition in the nascent e-commerce space. It could eliminate other players by initial predatory pricing and other tactics to gain an unfair advantage in the market. And once it becomes the monopoly player, it can dictate the market terms both for the consumers and retailers in its net.

It will be easy to give the latest Jio-Facebook deal the benefit of doubt given that net neutrality principles are embedded in the licensing agreement. Also, TRAI has a good record when it comes to shutting down erring enterprises. However, historically it has been difficult for regulators to detect net neutrality violations. The larger question is -– if there is violation of any net neutrality principles, what action will the DoT take against Jio, the largest data provider in the country?

Lastly, TRAI has released a new consultation paper on issues relating to traffic management practices (‘TMP’) and on the possibility of setting up a multi-stakeholder body (‘MSB’) on net neutrality. While technology firms and content platforms have supported the idea, both Bharti-Airtel and Jio–two of the largest players in the Indian telecom market — believe that given the inclusion of net neutrality principles in the licensing agreement, there is no need for such a body. Regardless of whether an MSB is created, the Jio-Facebook deal is going to keep TRAI on its toes.

Reliance Jio has undoubtedly given India access to data. It is now for the regulator to ensure that the company leverages this deal to give maximum value to its vast consumer base. It should not become an agent of throttling consumer preferences and skewing the giant online space with monopolistic and predatory tendencies. This will kill healthy competition — the lifeblood of an open economy.

Coronavirus and the Law

Women, Children and Migrants Battle Odds to Survive in COVID-19

Media Policy 2020: Mocking Freedom of Speech and Expression in Jammu and Kashmir

Delhi Riots: Why sloganeering is not part of the official duties of a public servant

Citizenship Amendment Act: Who is an Indian Citizen?

Why are we persecuting Rhea Chakraborty when Demands for Legalisation of Cannabis are Growing?