Justice NV Ramana recently released a book, “The Law of Emergency Powers: Comparative Common Law Perspectives” by Member of Parliament and Advocate Dr. Abhishek Manu Singhvi and Prof. Khagesh Gautam. It presents a comprehensive legal and constitutional study of emergency from a comparative common law perspective across three jurisdictions. This is one of the very few studies that explore in detail various emergency powers, statutory and common law, constitutional and martial law and military acting-in-aid of civil authority, wartime and peacetime invocations, and several related and vital themes like the judicial review of emergency, says PARVATHI SAJIV.

The O.P.Jindal Global University along with several esteemed Advocates and Justices came together to launch the book in an online mode. The Vice-Chancellor of OP Jindal University, Prof C Rajkumar said, “The book will have an impact on the way we evolve from the current crisis.”

Singhvi took a trip down memory lane with the book as it took him 30 years back to his doctoral days. Over the years he spent writing his PhD thesis crossing over 1 lakh words, Singhvi never thought that he would be publishing the book version years later.

He highlighted the need to push for a better academic legal education in India. The negative impact of stratification of law colleges needs to be addressed, he said.

The problem the legal education system faces today lies in the dearth of quality and adequate faculty and classes compared with the thousand institutions in India. While there are over 107, 40, and 67 law colleges in Meerut, Agra and Kanpur respectively, many of these offer multiple law courses but lacks the quality required for the graduate level. He remarked, “to protect legal sanctity, a certain number of colleges need to be shut which engages in profit generation alone.”

Justice Surya Kant said that the book holistically analyses emergency powers under three jurisdictions in the USA, UK and India. The book had come at an opportune time as we come close to 75 years of independence and the 44th anniversary of the 44th amendment. Interestingly, there were hardly few countries and no matured democracies that have invoked the emergency since the turn of the 21st century. Countries understand the political consequences and international ramifications are much larger than the benefits of declaring an emergency. The two challenges faced by countries today are domestic unrest and terrorism, he said.

Justice Sanjay Kishan Kaul of the Supreme Court said the scholarly insights of the book provided an in-depth analysis and understanding of the laws of our country.

Justice Kaul said that the need for academic legal writing was an important aspect to consider. Judges today need to receive inputs not only from a political point of view but also from a jurisprudential viewpoint. He further pondered upon the question as to “when does it become necessary to impose martial law and who decides the same?” Speaking about the chapters in the book, he mentioned the Constituent Assembly’s debates and how the Assembly felt the need to install several safeguards to minimise instances of abuse.

Justice DY Chandrachud joked about Dr. Abhishek’s attachment before the judgement by bringing two of his batchmates to the inauguration and further spoke about the impact of the emergency. Just like Dr. Singhvi, Justice Chandrachud began his formative years which were impacted by the 21-month long emergency. While much has been written about the dark hour, and how it cast a shadow upon the jurisdiction, Justice Chandrachud remarked that Dr. Singhvi could weave a fine thread across legal principles and political reality providing a nuanced perspective to the readers.

Justice NV Ramana agreed with the need to introduce a system where the education system in law was reformed. He said that law colleges were being set up in apartments. 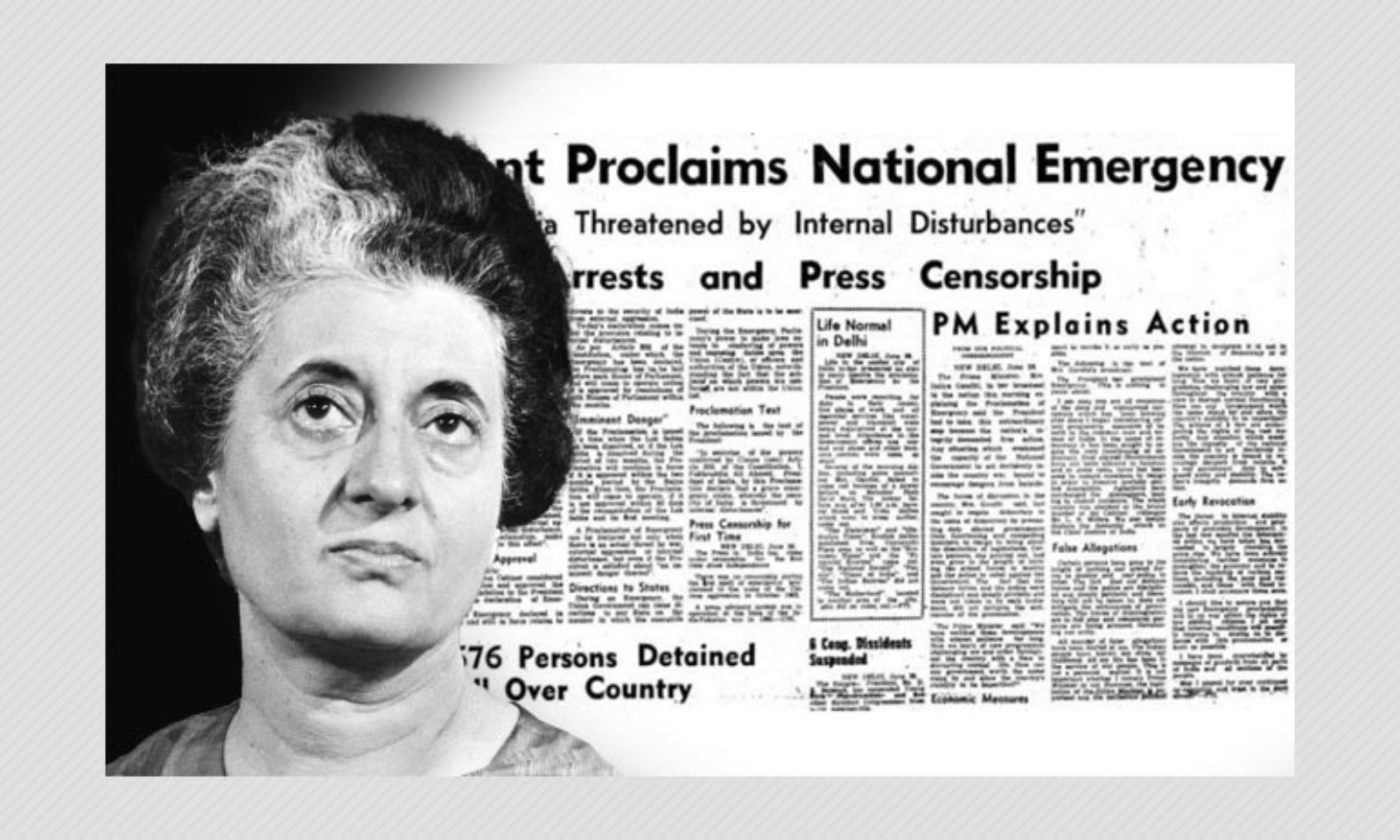 The long-lasting impact of the emergency along with the mental suffering was brutal. But each day, several people were willing to sacrifice themselves for human rights and this was indeed a learning point to understand human tragedy, hunger and pain, he said.

Justice N V Ramana said that Dr. Singhvi’s book was informative, clear, engaging and easily readable and deserves all the praise and appreciation.

Justice Ramana took note of how the decision to undertake the study of suspension of due process could have been inspired from the Emergency era and reiterated the important role Anita Singhvi, the wife of Dr. Abhishek Singhvi played to help the book be completed. Breaking down the chapter content succinctly, the justice spoke of how each chapter discussed a particular section of Emergency Powers. For example, Chapter four discussed the economic emergency which is a novel idea and this discussion brought a new dimension of thought for legal writers to ponder. While the Emergency provision is a necessary evil, safeguarding the law too needs to be considered.

More than 150 researchers have already downloaded the book within less than two months.

Prof Khagesh Gautam, the co-author of the book spoke of the coincidence of being born the year the thesis was submitted and felt that fate had intervened to help him work with the esteemed lawyer. He remarked that any systematic study of emergency powers requires three things-the approach of a naturalist, the discipline of a positivist, and the disposition of a realist.

(Parvathi Sajiv is a student of the Symbiosis Centre for Media and Communication, Pune, and is an intern with The Leaflet.)