The last two years have shown what was once the Gujarat model of government is now the India model. The battle of life against death is the battle of memory against forgetting. ‘Undercover: My Journey Into the darkness of Hindutva’ by ASHISH KHETAN is an eye-witness account distilled from his experience of over 15 years of investigative journalism. The book tells the story, among other things, of Narendra Modi’s politics, how he wielded state power and marshalled the state machinery as Gujarat CM. We carry an excerpt from the book published by Westland.

INDIA‘S body politic is now poisoned. An institutional bias, a repulsion towards Muslims, appears to permeate all branches of government. In many cases, judicial processes have been weaponised to deny Muslims equal rights, freedom and dignity.

In October 2020, while delivering a lecture on ‘Preserving and Protecting Our Fundamental Rights’, former judge of the Supreme Court of India, Justice Madan B. Lokur, said that ‘freedom of speech is being eroded and mauled through twisting and turning the law’ and ‘almost every state seems to have weaponised sedition as a means of silencing critics’. Justice Lokur cited the case of Dr Kafeel Khan, who was kept in preventive detention under the National Security Act, without trial, for more than six months, as ‘a classic instance of cooking up a case against a person with the intention of putting him behind bars for several months’. Numerous villages and towns, where once Hindus and Muslims lived in harmony, are now shrouded in communal suspicion, even hate. Death and prejudice loom over the fields of western UP, just as they do over residential neighbourhoods in northeast Delhi, and certain pockets of Jharkhand, Rajasthan, Madhya Pradesh, Maharashtra, Gujarat, Karnataka and Haryana.

How did we come to this?

My three undercover investigations into the 2002 riots and extra-judicial killings in Gujarat gave me an intimate insight into Hindu ethno-nationalism and Hindutva from the point of view of grassroots workers. Each riot-accused I met told me that he believed the Narendra Modi government had given him the freedom to kill. They said that the police looked the other way even as they went on a murderous rampage. After the violence was over, the state selected public prosecutors who were card-carrying members of the VHP or the Rashtriya Swayamsevak Sangh (RSS) to argue for the conviction of alleged rioters. Little wonder then that they failed to secure any for two years, until the Supreme Court stepped in, describing the Gujarat government as ‘modern-day Neros’ who looked elsewhere as men, women and children burnt. The police systematically weakened the evidence, did not charge many key accused, threatened victims and tried to prevent them from recording their true testimonies or naming the accused. Despite repeated petitions in the higher courts and intermittent interventions by the Supreme Court, the law enforcement machinery resolutely protected the rioters.

Arvind Pandya, the Gujarat government’s special counsel before the Nanavati–Shah Inquiry Commission, who was handpicked by Modi to defend his government, told me (unbeknownst to him, I was filming him) that, because there was a Hindutva government in Gujarat, large-scale killings of Muslims could be achieved. ‘The people were ready and the state was also ready,’ he said. He added, ‘The ruler was also strong in nature because he gave [the order] ‘just take the revenge and I am ready”.’ These tapes established that the killings of Muslims in 2002 was not a sudden outburst of communal violence. Only Modi, a lifelong RSS pracharak, had sufficient courage and the ideological conviction to follow through on such a policy. It was remarkable how deeply the VHP and Bajrang Dal, and their mindset, had penetrated cities and urban settlements across Gujarat. These organisations were represented throughout Gujarati society, and either directly controlled or influenced the levers of power at every level.

After 2002, Narendra Modi emerged as an icon of hard-line Hindutva. For RSS and VHP cadres across Gujarat, there was only Modi, the embodiment of a muscular, assertive Hindu pride that was unafraid to show Muslims their place. He had catapulted past the likes of M.S. Golwalkar, V.D. Savarkar and L.K. Advani in the Hindutva pantheon, able to mobilise Hindu sentiment and able perhaps, like no leader before him, to establish India as the ‘Hindu Rashtra’ of which they dreamt.

In one of the charge sheets filed by the Delhi police over the 2020 Delhi riots, there is a revealing thread of WhatsApp conversations among a group of Hindu rioters called ‘Kattar Hindu Ekta’. At 9 p.m. on 25 February, when Muslims in northeast Delhi were under siege, one of the accused posted an inspirational message for the other accused in the WhatsApp group. Its English translation: ‘A Muslim man challenged Modi to withdraw the police for fifteen minutes and then after that not one Hindu would be left alive. To that Modi replied, “I did withdraw the police in Gujarat for some time, after which your community was reduced to 10 per cent in my state.”’ The message ends with the exhortation: ‘Build the Ram Mandir, kill at least twenty-two Muslims, else you are not a true son of the Hindu faith.’

Between 25 and 26 February, at least eighteen members of the Kattar Hindu Ekta WhatsApp group—all from poor economic backgrounds and between eighteen and thirty-five years old—killed at least nine Muslim men, who too were poor. They were bludgeoned, stabbed and shot, their corpses dumped in a ganda nala (dirty drain) flowing between the Bhagirathi Vihar and Ganga Vihar neighbourhoods in the Gokalpuri area of northeast Delhi. Ironically, the locations for these profane, murderous actions committed by supposedly devout Hindus are named after Hinduism’s most holy river, the Ganges. The group chanted ‘Jai Shri Ram’ and ‘Har Har Mahadev’ as they lynched their victims, eyewitnesses told the police. The men’s WhatsApp messages, though, were indiscreet, revealing their murderous plans and their discussions about logistics. The police were able to extract the chats and produce them before the courts as effective confessions, and set about arresting some of the killers.

There are frightening echoes between these messages and the almost boastful confessions of rioters in Gujarat that I captured on hidden camera. Just like these men, they too saw Modi as a hero, a Hindu leader who was not afraid to permit Hindus to unleash their pent-up fury on Muslim enemies. Modi has projected himself in a number of distinct ways before various audiences. Between 2002 and 2006, he was the ‘lion of Gujarat’ who would single-handedly save the Hindus from Islamic terrorism; he was the self-proclaimed dharmarakhshak mahodaya, or protector of the Hindu faith. 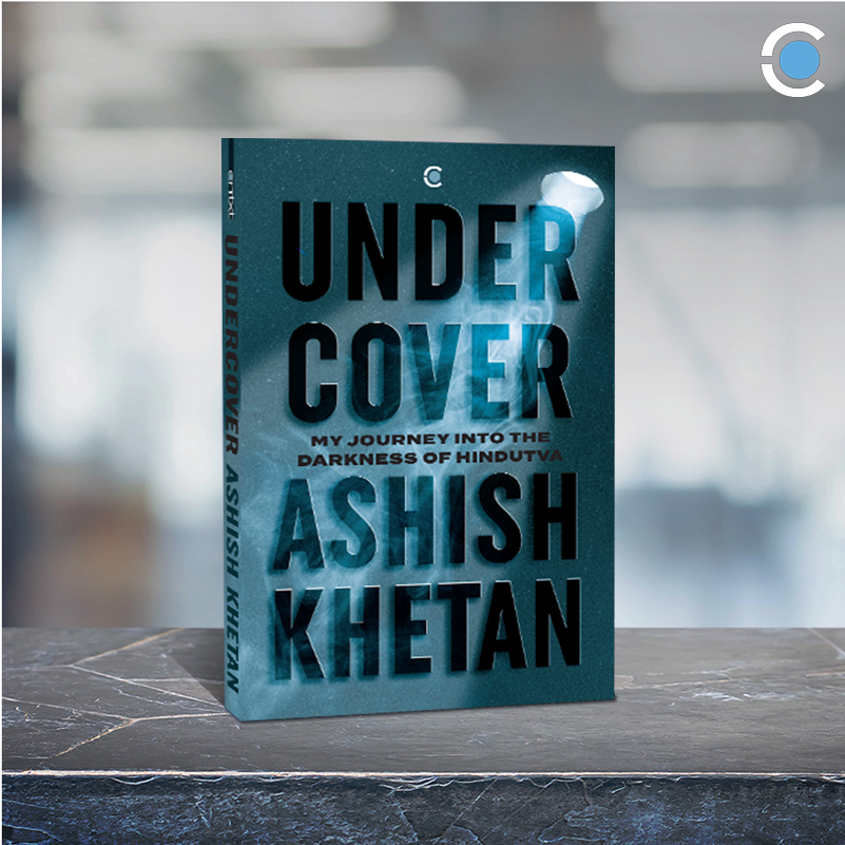 After 2006, he began to focus on his (again, self-proclaimed) prowess as an administrator—he was Modi, the vikasmuni, or saint of development. ‘Vibrant Gujarat’ summits replaced the rath yatras.

He wooed and charmed industry captains who were happy to traffic adulation for subsidised parcels of lands and tax breaks. Muslim-baiting was still high on the agenda, but the unsavoury details were left to leaders a few rungs below Modi. Instead, his silence spoke eloquently on such matters.

(Ashish Khetan is an author and lawyer. Views expressed are personal.)

@AashishKhetan
Ashish Khetan is an author, lawyer, and columnist. His book, Undercover, has recently been released.