Custody Battle for Child between Bollywood Director and Biological Mother

The custody battle for the child of a mentally ill woman has shown that immense political clout can deprive a mother of her most precious item. Even as a Bollywood director using his clout to retain his foster child, the biological mother pines for the baby. Only proactive intervention from society can solve this distressing matter, writes Ramon Magsaysay Award winner DR BHARAT VATWANI.

A rather piquant situation has arisen over a baby. On September 17, 2019, the Borivali Railway Police referred a mentally ill woman, Madhavi (name changed to protect identity), to us. The woman, around 30, had a baby boy with her who seemed to have been physically beaten by her and had some wounds on his body.

Despite the law stipulating that a breastfeeding child should not be separated from the mother, this is what happened. The child was taken by the Railway Police and handed over to the Child Welfare Committee (CWC), Mumbai. Madhavi was placed in the Karjat Centre of Shraddha Rehabilitation Foundation, which has, since its inception, reunited 7,349 mentally ill people with their families.

CWC, through the Family Service Centre (FSC), placed the child in foster care. He was, apparently, first placed with one family and later, with a rich family.

On November 4, 2019, FSC asked us for a medical status report of Madhavi. During this period, she had improved rapidly. We gave a medical and psychiatric fitness certificate and informed FSC that Madhavi was pining for her child and were she to be separated from him, it could exacerbate her depression. It was advisable on psychiatric grounds that she be reunited with him at the earliest. We also informed FSC that Madhavi’s relatives from her village in Bihar were on a daily video call with her and were ready to come and take her and the child back home.

The foster family of a well-known director, got quite attached to the baby and did not wish to part with him. When the matter was due to come up for hearing before CWC members, the director got powerful politicians to ring them up incessantly, hoping that they would give a ruling in his favour for getting the child.

From December 3, 2019 till January 14, 2020, Madhavi was (as per standard protocol) sent from Shraddha to the psychiatry department of Nair Government Hospital and medically observed on multiple occasions before being given a fitness certificate.

Ultimately on November 4, 2020, FSC Mumbai wrote a letter to Madhavi’s father to come and take the child.  Finally, he came from Arrah to Mumbai on November 22.

Emotional Ties Not Easy to Break

The foster family, of a well-known and well-connected Bollywood director, meanwhile got quite attached to the baby and did not wish to part with him. When the matter was due to come up for hearing before CWC members, the director made some powerful politicians ring them up incessantly, hoping that they would give a ruling in his favour for getting the child.

On November 24, 2020, CWC asked us to get Madhavi and her child’s DNA test done at JJ Hospital. The needful was done. On December 1, 2020, during the CWC hearing, the director brought political representatives (including an MLA), along with a journalist and an advocate. But despite this, the CWC held its own and did not yield under the immense pressure. 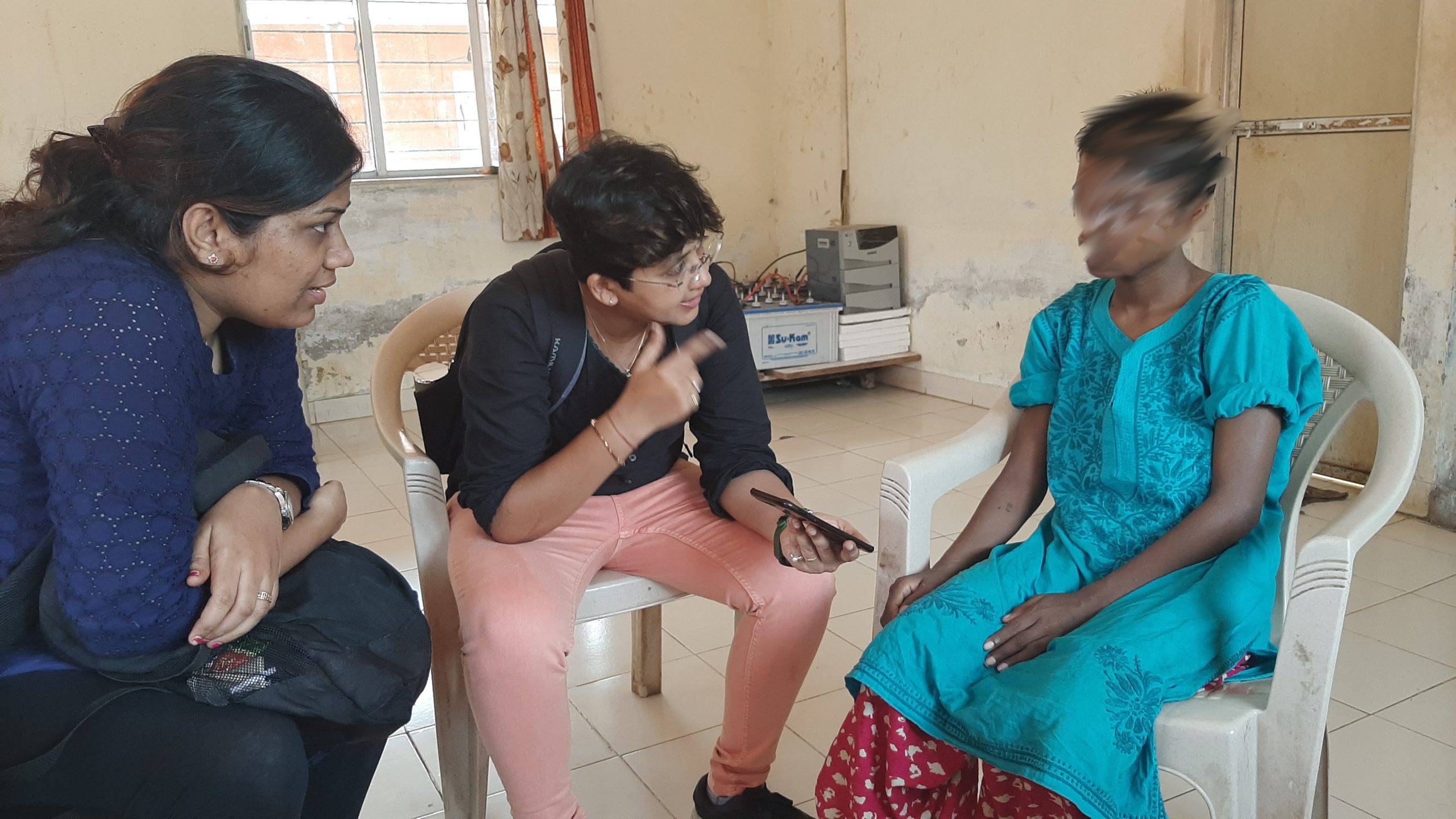 After the hearing, which lasted over three hours, the CWC gave its verdict, albeit verbally, that the rightful place for the child was with the biological mother and he should be handed back to Madhavi.

The CWC ordered the police present to physically separate the child from the foster family and place it in Asha Sadan, a government-run orphanage. They gave a memo to the FSC that the child was out of their hands and asked social worker, Farzana Ansari, who was present during the proceedings, to come a couple of days later along with Madhavi and the Railway Police to collect the child. However, the same night, police personnel went to Asha Sadan, took the child and handed him back to the director’s family. Since then, the child has been with them.

The turmoil doesn’t end there. On December 2, 2020, a CWC member rang up Farzana Ansari and mentioned that the process of handing over the child to the biological mother might get derailed and the decision could go either way. It appeared that their independent functioning was gradually getting compromised and over-ruled under immense political pressure. They were deeply distressed at the turn of events and conveyed genuine anguish over it.

The biological family of Madhavi is simple and innocent. Madhavi has been in our Karjat Centre for more than a year. All her relatives keep inquiring about her and the child and await her return. She herself has improved tremendously and has an innocent vulnerability and simplicity, the hallmark of mothers in rural India and a quality which makes one believe that the meek shall inherit the earth. One has to bow one’s head to such innocence and naivety.

We have all legal documents in place, including one from her village pradhan and police station stating that she had left the village with her child.

Madhavi has improved tremendously and has an innocent vulnerability and simplicity, the hallmark of mothers in rural India and a quality which makes one believe that the meek shall inherit the earth. One has to bow one’s head to such innocence and naivety.

There are fears that the entire proceedings may get hijacked by political and financial clout. Only proactive intervention from society can solve the matter in favour of Madhavi and her family.

On November 30, 2020, I wrote an appeal to the CWC. I quote from the final paragraph: “…the greatest possession for any mother is the offspring born to her. Whether the person is rich or poor, educated or illiterate, this creation of Life in the mother’s life is verily and uniquely their own Joy. Many amongst you must be women and mothers. You will understand and empathise with my sentiments. And for us at Shraddha (and for all of you at CWC)‎ to give this creation of Life, this Joy back to the mother who has been separated from her child for over a year could well be the most joyous moment of our lives.”

“…the greatest possession for any mother is the offspring born to her. Whether the person is rich or poor, educated or illiterate, this creation of Life in the mother’s life is verily and uniquely their own Joy.”

I reminded them of the teachings of Krishna in the Bhagwat-Gita, Lord Ram in the Ramayana, in Buddha’s teachings, in Mahavir Jain’s Jainism, in the preachings ‎of Jesus in the Bible, and in Prophet Mohammad’s Quran. To bring about the reunion of a mother with her child would be a form of passage to Heaven for all of us, I believe.

I also added: “While I write this letter, today is Guru Nanak’s birthday. This philosophy of doing good for the mother-child bonding is imbibed in His teachings too. So in the ancient sages and their teachings, I, for one, place my all. And I have immense and implicit faith in all of you at the CWC. You will stand by Madhavi and her natural-born child.”

I hope my prayers will be answered for the sake of this innocent mother and child.

(Dr. Bharat Vatwani is the Founder Trustee of Shraddha Rehabilitation Foundation, an NGO for the mentally ill. He was conferred the Ramon Magsaysay Award in 2018. The views expressed here are personal.)

Arrest on mere allegations has potential to destroy reputation of an individual: Delhi High Court