No Result
View All Result
in COVID-19 Labour Rights Policy

Once a booming place for silk fabric making, Bhagalpur is now losing its market to new centres such as Ahmedabad and Bangalore. Lack of support from the government and increasing competition have put the craftsmen in jeopardy.

Nearly 100-year-old silk weaving tradition in Bhagalpur that gave the district a distinction to be called as ‘Silk City of Bihar’ is rapidly losing its sheen. Once a thriving industry, situated on the Southern bank of the river Ganges, is now on the verge of “collapse” — leaving the existence of its craftsmen in obscurity.

A trade of approximately Rs 500 crore per annum until April 2019, the traditional source of livelihood of over 2 lakh people — who are engaged in spinning the yarn to weave the cloth — is now said to have fallen to worth around Rs 100 crore, courtesy two unplanned lockdowns imposed to control the spread of COVID-19, political apathy, mismanagement and optics in the name of government’s schemes.

Weaving in Bhagalpur has traditionally been confined to the Scheduled Castes like Tantis in Hindus and Other Backward Classes (OBCs) in Muslims such as Ansaris. 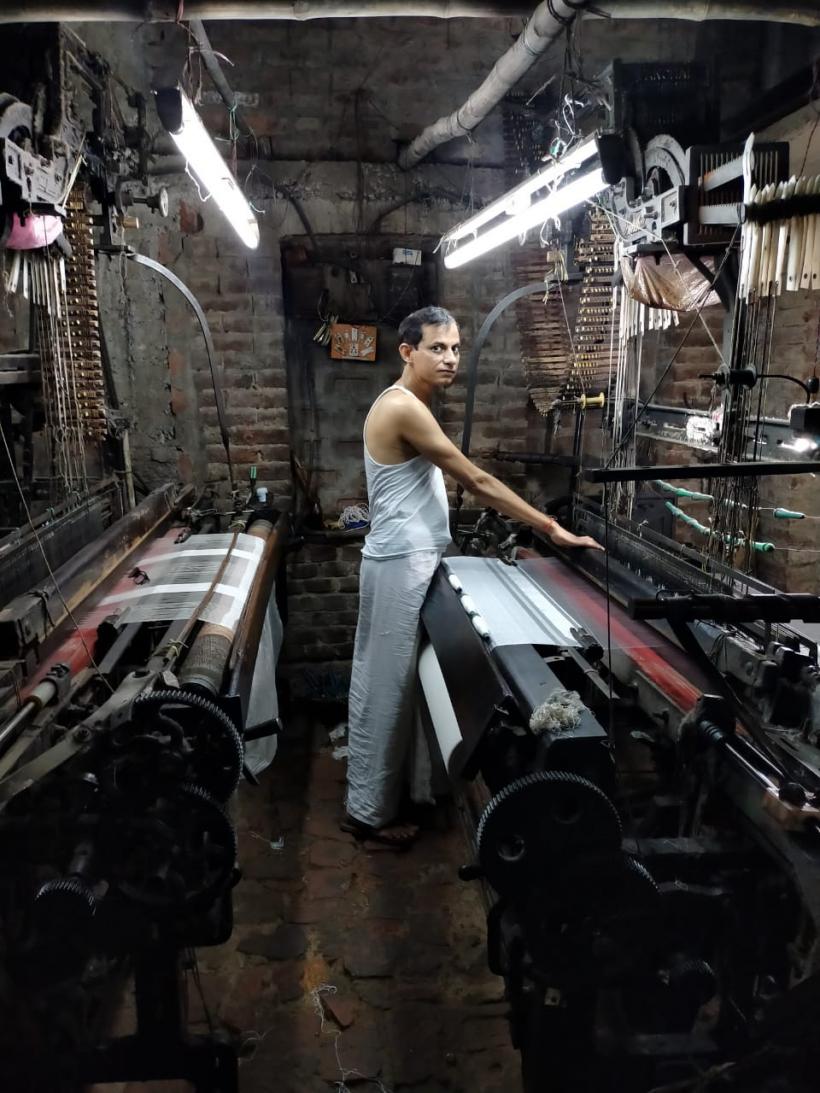 Bhagalpuri silk has made its presence felt on fashion ramps with designers such as Samant Chauhan making it the fabric of choice, showcasing it at Delhi’s Wills India Fashion Week and also the Singapore Fashion Week. It is in great demand globally as well. It is not that the demand is shrinking, but due to the issues of logistics, traders are not being able to export the final products. The products made for overseas orders remain stacked in boxes. The old orders from America and Europe now stand canceled.

“We were already facing problems such as the high price of yarn and insufficient supply of dyes in the local market. But the informal sector was somehow functioning. When the lockdown was announced last year, over 25,000 power looms and 4,000 handlooms in Bhagalpur turned idle, hitting hard the fortunes of about thousands of households. As the industry started crawling back, with some of us getting a few work orders in bits and pieces, the second lockdown was put in place. With over 90% of loom owners having no work, the business is on the verge of collapse,” Nejahat Ansari, a resident of Hasnabad and chief of the Bunkar Sangharsh Samiti, told NewsClick.

Silk weaving has traditionally been a family enterprise carried out at the household level, involving all family members. “Weavers are not only facing a financial crunch, the younger generations are moving away from what they see as a labour intensive and unremunerative work,” said Ansari who, along with his four sons, own 10 looms.

In the absence of a textile park in the region, he said, middlemen rule the roost. Only a bunch of weavers (a maximum of 3-5%), according to him, get work orders directly from the traders. The rest, who are in majority, depend on brokers for work. 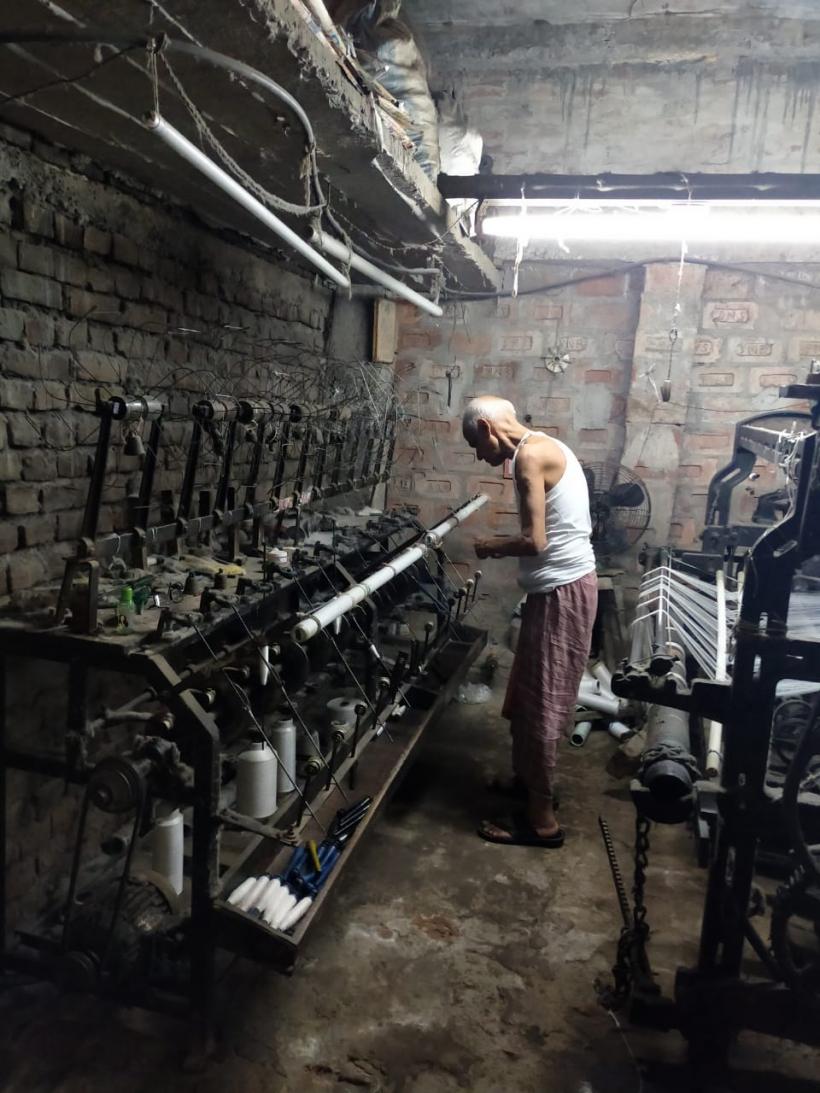 We would earlier get paid Rs 120 for weaving a saree, measuring six metres, at the rate of Rs 20 per metre. As a result of the work order crisis, the exploitation now has reached to an extent that one gets Rs 30-35 per saree,” he said, adding that the average monthly income from each loom has dipped Rs 2,500-3,000 from Rs 5,500-6,000. “A loom does not work for more than 20 days in a month even on normal days. A person who owns two looms on an average used to earn Rs 10,000-12,000 a month. So, average individual earnings depend on the number looms a weaver owns,” he added.

Twenty looms owned by Alok Kumar in Champanagar have been silent for over two months. “The last order I got was in April when I produced dupattas on demand. I got the rate of Rs 18 per dupatta. We are given raw materials such as yarn, dye, etc. by the middlemen who place the orders and we are only paid wages for the production. If any weaving defect is detected, we suffer losses as market price of each ‘defective’ dupatta is deducted from our wages,” he said.

Once a booming place for silk fabric making, Bhagalpur is now losing its market to new centres such as Ahmedabad and Bangalore. Lack of support from the government and increasing competition have put the craftsmen in jeopardy.

Alok said the industry was so profitable earlier that his father left his well-paid job at the Tata Engineering and Locomotive Company to take forward the family work of weaving. His uncle, a teacher in a government high school, too resigned to join the business. But the same industry, he said, is facing an acute crisis of capital that is forcing them to live a miserable life and also preventing them from educating their offspring.

Weavers claimed they, along with their entire families, work for 18 hours on each product, but earn a nominal sum, which is not enough to feed their families — forget about the good education of their children. They have urged the government to support the art which, they claimed, is on the verge of dying.

“The subsidies offered by the government to silk-making units in Bhagalpur are drained off by the middlemen and a few influential people. The government announces several credit schemes for the upliftment of the community, but a common weaver hardly gets the loan because of bureaucratic hurdles and strict conditions put forward by banks. Only influential people, who are not weavers, get the benefits. Those who manage to get the loan approved have to pay hefty amounts to officials as bribes,” alleged Alok. 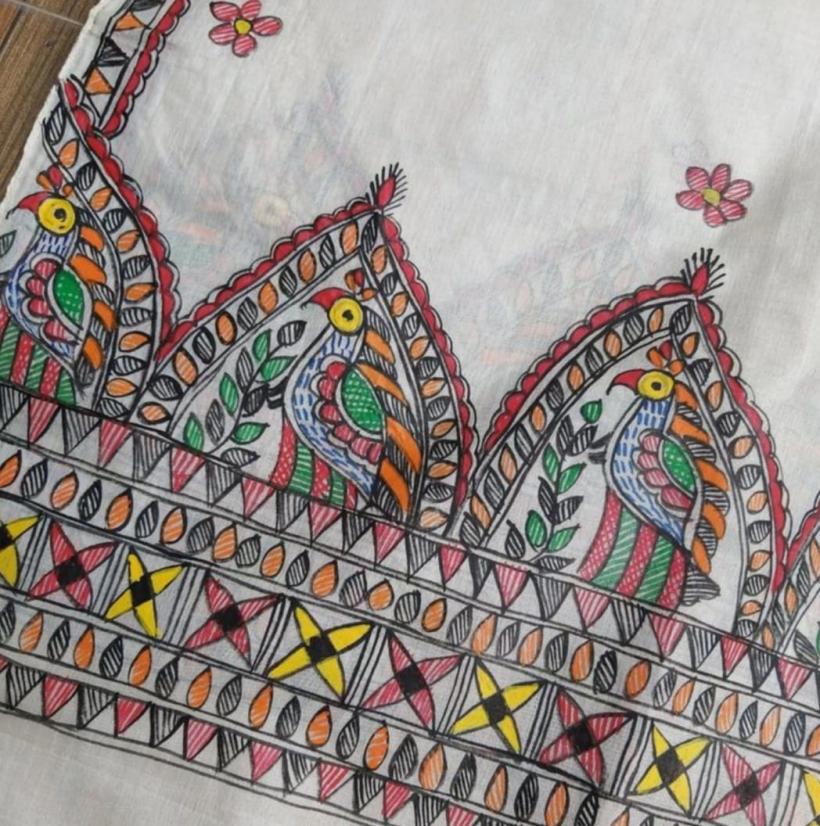 His view was echoed by another weaver, Sajjan Kumar, who said the craftsmen are poor people, with many of  them living below poverty line. “While we make glorious fabrics for the elite of society, our lives always continue to remain in darkness. Most of the time, we are not able to get loans sanctioned from banks, which forces us to go for borrowing from local money lenders who charge an interest rate as high as 5% per month. With no work in hand and stacked payments in the market, we are facing problems in repayment. Many of us are looking for an alternate source of earning to leave the age-old weaving tradition,” he said.

Many weavers and artisans are also finding it difficult to migrate to the new GST system. Apart from lack of working capital, skyrocketing prices of yarns are posing another major challenge for the weavers here. “Yarns and other raw materials have become so expensive that the small weavers cannot afford these and, therefore, they depend on traders and middlemen who provide them with all the raw materials,” he said.

Alok said with many corporates taking a plunge into the sector, the exploitation has increased. By taking advantage of the poor weavers, he alleged, they are offering low wages. Left with no option, the poor weavers agree to work for dismal sums.

For holistic and sustainable development of the powerloom sector, the government, they suggested, should launch various schemes and programmes for marketing of handloom products. Other suggestions included infrastructure development, brand building, training and skill upgradation, infusion of new and contemporary designs through design intervention as well as product diversification, technology upgradation, easy access to raw materials at subsidised prices, easy credit flow at low interest rates and provision of better healthcare facilities and life insurance under welfare schemes.

“The looms, which we have, are upgraded versions of handlooms. They are outdated. If the government wants us to stay in competition, we must be given new machines based on the latest technologies. To give the dying sector a new life, there must be an easy flow of credit at lower interest rates. The bank processes must be eased so that the benefit can reach a large number of weavers. At present, the government gives us a loan of Rs 10 lakh with a subsidy of 50% through an online application. The shortlisted applicant is called for an interview, but only those who bribe officials are able to get the financial help. Majority of us are illiterate and not able to apply online. If these processes are eased, it would be of great help,” said Ansari.

The second major issue is power tariff. The weavers presently are paying electricity bills at the rate of Rs 3.21 per unit against the commercial rate of Rs 7.21 per unit. This always remains as the bone of contention between the weavers and the electricity department. The Bihar government had decided to come out with a one-time-settlement (OTS) scheme to facilitate regularisation of outstanding power dues of weavers, but that too did not work.

If the government starts purchasing clothes it requires for its offices, bungalows, hospitals, etc, directly from the weavers, the community will get its market. “In addition, if our long-time demand of setting up a textile market in Bhagalpur is met, we will be able to free ourselves from the clutches of middlemen. We will be able to buy raw materials from there and sell the final products. It will reduce our dependence on traders as well,” said Alok.

“One efficient platform/association/organisation or market is needed for the weavers to sustain on their own in the marketplace. Current associations and organizations are not efficient enough to support the weavers,” he added.