Citizenship Amendment Act: Who is an Indian Citizen?

The Citizenship Amendment Act of 2019 created an uproar across India for its discriminatory approach in granting citizenship. ACHIN VANAIK writes on the development of the legal idea of Indian Citizenship since Independence.

THE Citizenship Amendment Act (CAA) was passed in both houses of Parliament on December 10 and 11, 2019, and came into force from January 10, 2020, when it was formally notified. This Act spurred a prolonged public controversy and protest because of the many questions, implicit and explicit, that were raised by critics saying that it violated the substance of the Indian Constitution. Till now the Supreme Court has not ruled on the matter.

The CAA provides for fast-track naturalisation for non-Muslim religious minorities from the three neighbouring Muslim majority countries of Afghanistan, Pakistan, and Bangladesh if they arrived in India before 31.12.2014 and have been here for five years. For them, as of 31.12. 2019, they would have become eligible for immediate naturalised citizenship Moreover, as already announced by the government, there is to be an all-India National Population Register (NPR) to identify “doubtful citizens” and thereafter a process of carrying out a National Register of Citizens (NRC) which will pronounce final judgment on the status of such “doubtful citizens” who have insufficient documentation of their status.

For the first time, religious discrimination has been embodied in a law pertaining to Citizenship. To be a Citizen is to have the right to have various rights—hence its vital importance.

Those deemed illegals can be subjected to prosecution, detention, expulsion or other forms of punishment.

The issues raised are the following:

What is given below refers only to this last issue and provides an actual timeline of the changes that have taken place in law with respect to the issue of citizenship status and associated rights in India. It starts from the end of colonial rule and the first laying down by the Constitution of how Indian citizenship is acquired and continues up to the current period of the inauguration of the CAA in the backdrop of the plans for carrying out NPR and NRC (currently held in abeyance because of the Covid-19 pandemic).

Here is a factsheet. Readers are left to arrive at their own judgments and conclusions regarding the CAA and its effects and implications. 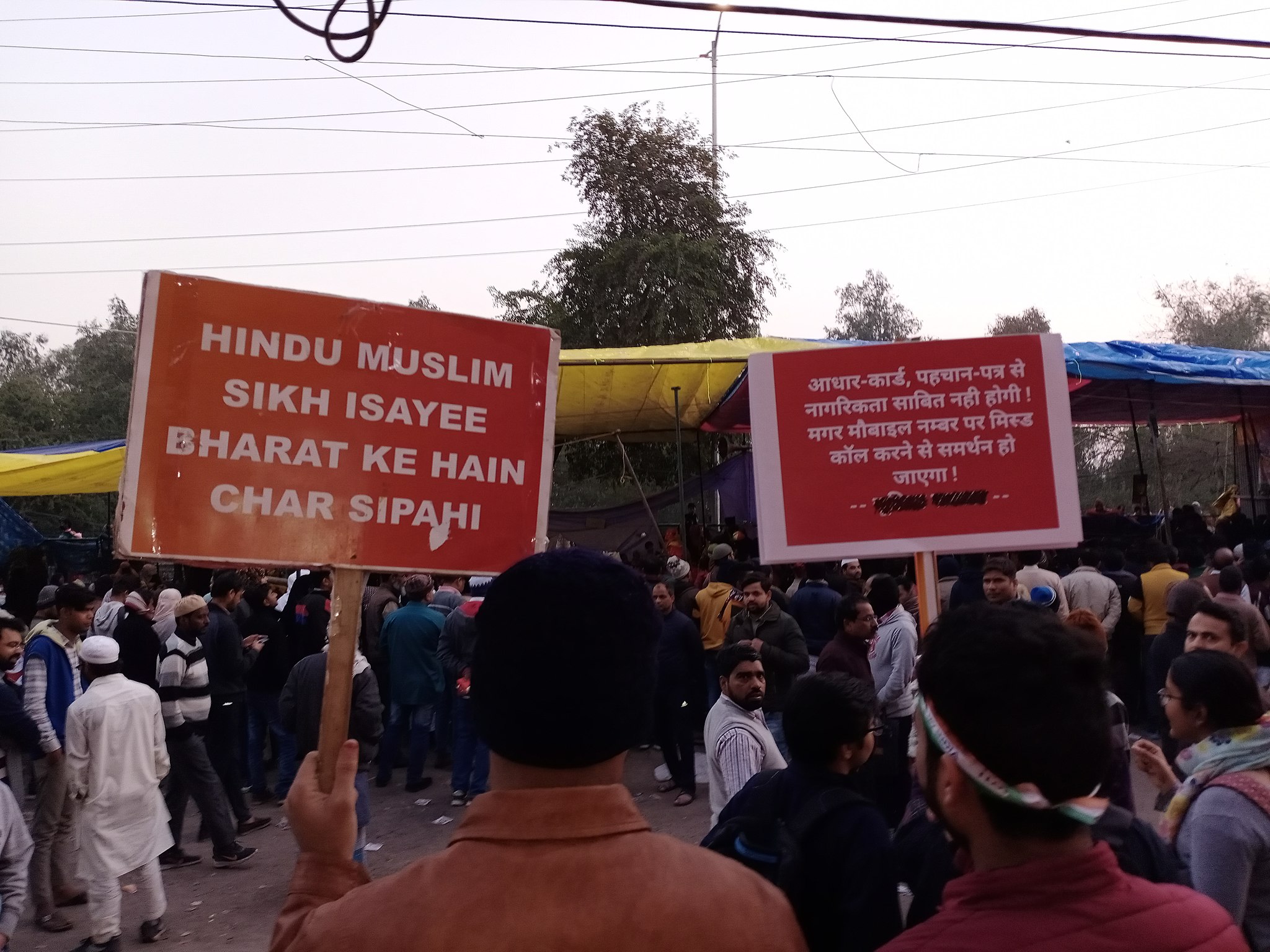 Who Is An Indian Citizen?

The Indian Constitution clearly states that a citizen of India is someone who is born before Republic Day in the territory of Post-Partition India, is born before 26.01.1950, and was ordinarily resident for five or more years in this new India.

Someone who migrated from Pakistan to India before 19.07.1948 and straightaway registered as Indian, also qualifies as an Indian.

Any migrant after 19.07.1948 could register as Indian if one parent or grandparent was born in

There should be no religious discrimination with respect to migrants or non-migrants.

Such illegal persons no matter how long they have been in India can never become Indian citizens, nor can their children no matter that they were born in India or may have lived and been raised in this country for many years.

Let us look at the Citizenship Act of 1955: Six Ways of Attaining Citizenship

[Specific to Assam only—according to new Section 6A incorporated into to Citizenship Act, those coming from Bangladesh to Assam between January 1, 1966, and March 25, 1971, when Bangladesh declared itself an independent country) could get Indian citizenship after 10 years residence from when they arrived in Assam. No citizenship for Bangladesh migrants in Assam if coming after March 25, 1971.]

In 2003-2004 the government makes an amendment to Citizenship Act stating that for those born after December 30, 2004, it is not enough if one parent is an Indian citizen. The other parent must prove that he or she is not an illegal person or a migrant. Such illegal persons no matter how long they have been in India can never become Indian citizens, nor can their children no matter that they were born in India or may have lived and been raised in this country for many years. Such illegals are subject to prosecution and or expulsion.

You were considered illegal if:

However, another rule was introduced in this period— namely that Hindus with Pakistani citizenship were not to be considered or be designated as ‘illegals’ no matter what, and therefore not liable to being prosecuted or expelled under the Foreigners Act.

For the first time, a principle of religious discrimination was introduced.

The Congress-led UPA government introduced the Aadhar Card in 2009 and sought to update the NPR to collect data and to promote public adoption of the Aadhar Card which had to be applied for and not mandatory.

This came in the first term of the BJP government. According to this, for the first time, it was stated that six minorities from three neighbouring countries, namely Hindus, Sikhs, Parsis, Christians, Buddhists, Jains from Pakistan, Bangladesh, Afghanistan having long term visas, could now purchase one residential immovable property and also open non-resident bank accounts for the purposes of earning income derived from any activity in India. This would not apply to Muslims from these three countries.

Changes Made to Passport Fines for Visa Overstay on January 7, 2019

The CAB was introduced in 2016 but only after achieving a majority in both houses was it passed and became law and is applicable unless it is struck down subsequently by the Supreme Court. The same six non-Muslim minorities from the same three neighbouring countries as mentioned above, because they are deemed to be religiously persecuted, can if they came before December 31, 2014, get fast-track naturalisation to become Indian citizens. This would now be immediate since, by December 31, 2019, five years would have passed.

For the first time, religious discrimination has been embodied in a law pertaining to Citizenship. To be a Citizen is to have the right to have various rights—hence its vital importance.

(Achin Vanaik is a writer and social activist, a former professor at the University of Delhi and Delhi-based Fellow of the Transnational Institute, Amsterdam. His latest book is Nationalist Dangers, Secular Failings (Aakar Publishers). Views are personal.)