Sunderlal Bahuguna, 94, will always be remembered for the iconic Chipko movement where he mobilised village women to hug trees and stop them from being felled in the early seventies. It set off a new understanding of the importance of forests. He also advocated organic farming underlining the danger of pesticides and chemical farming. BHARAT DOGRA, his biographer, pays him a tribute.

Sunderlal Bahuguna is no more.

The veteran environmentalist and Chipko movement leader passed away on May 21 around noon at a hospital in Rishikesh, where he had been admitted about two weeks ago following Covid-type symptoms.

He was born in a village along the bank of the Ganges river in Tehri Garhwal which is presently a district of Uttarakhand.

As a schoolboy, he met Sridev Suman, the famous freedom fighter who later sacrificed his life during a jail sentence, and decided to follow his example of a deeply committed social life. He secretly started sending out news relating to Suman and faced police action. He escaped to Lahore but returned when the freedom movement in the Tehri kingdom was beginning to peak. He was initially stopped from entering Tehri, but he managed to somehow join the freedom struggle and ended up contributing a lot to the movement.

After independence, he devoted himself to various social commitments.

With his unquestioned honesty and deep commitment, he was then the rising star in the social-political life of Garhwal.

A marriage proposal from the father of Vimla was made to Bahuguna. However, she had become a  disciple of social activist Sarla Behn and was devoted to serving villagers outside the limelight of mainstream politics. She laid down this condition for marriage to Bahuguna that they would together serve people in a rural area in difficult terrain. Bahuguna agreed.

Marriage followed and the couple settled down to serve villagers in Silyara, near Ghanshali, close to the Balganga river. Both firmly accepted Mahatma Gandhi as their main teacher and inspiration.

Following the Chinese invasion, leading Gandhian  Vinoba Bhave called upon  Gandhian social workers in the Himalayan region to play a wider social role. So, with the consent of Vimla,  Bahuguna started travelling more widely in many parts of Uttarakhand, particularly, Garhwal.

Over a period of time, this led to increasing involvement with social and environmental concerns.

Both Sunderlal and Vimla were involved in anti-liquor movements and Dalit assertion movements which challenged various forms of untouchability. 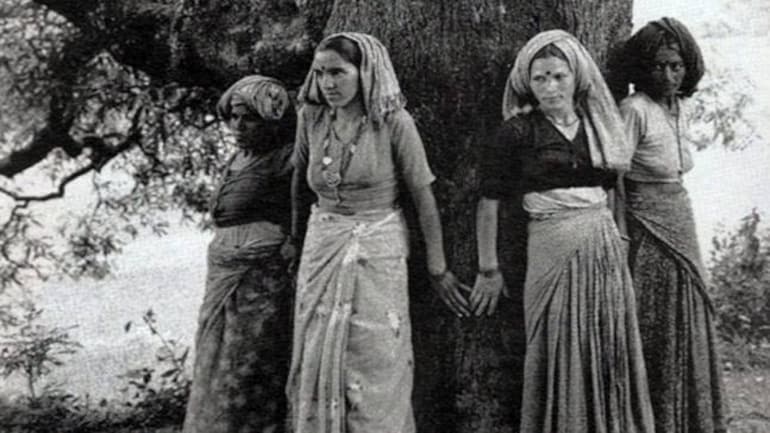 The action shifted then to even more remote forests like those of Kaangar and Badiyargad, where Sunderlal Bahuguna went on a long fast in a dense forest area in very difficult conditions. Side by side he maintained a dialogue with senior persons in the government. The prime minister, Indira Gandhi, in particular, had tremendous respect for him.

It was hailed as a huge success when the government agreed to stop the green felling of trees in a vast Himalayan area.

Following this success Bahuguna went on a very long and difficult march from Kashmir to Kohima, including Bhutan and Nepal, covering a vast part of the Himalayan region to spread the message of saving forests and the environment with the involvement of people.

During this march, taken up in several stages,  several times he faced a threat to life, but did not stop and completed the march.

He emphasised the protection of sustainable livelihoods along with the protection of the environment. He was involved closely in resisting displacement and organising forest workers. He was also involved in several constructive activities relating to the regeneration of degraded forests and promoting organic, natural, and traditional farming.

Soon he was in the thick of the movement for avoiding the harmful social and environmental aspects of dam projects in the Himalayan region particularly the gigantic and highly controversial Tehri dam project which was being promoted despite being extremely hazardous, as confirmed even by high-level official reports.

This proved to be a very long and difficult struggle. 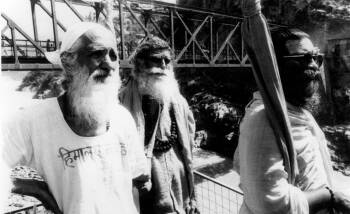 Bahuguna left his ashram and camped on the bank of the Ganges river for several months, accompanied by Vimla.

Although this long struggle did not succeed in stopping the high-risk dam, it certainly spread awareness of these important issues far and wide.

Bahuguna also emerged as an inspirational source for forest protection and environmental struggles in many parts of India and even abroad.

Bahuguna was invited to important international conferences and his opinion on environmental issues was widely sought. He was honoured with several prestigious awards, including the Padma Vibhushan.

All his life he worked as a part-time journalist and writer in Hindi and English languages to earn livelihood support. His articles and reports, not to mention interviews with him, have been published in many leading newspapers and journals. Vimlaji told me that she is very keen that at least two collections of his writings published over the years should be brought out. 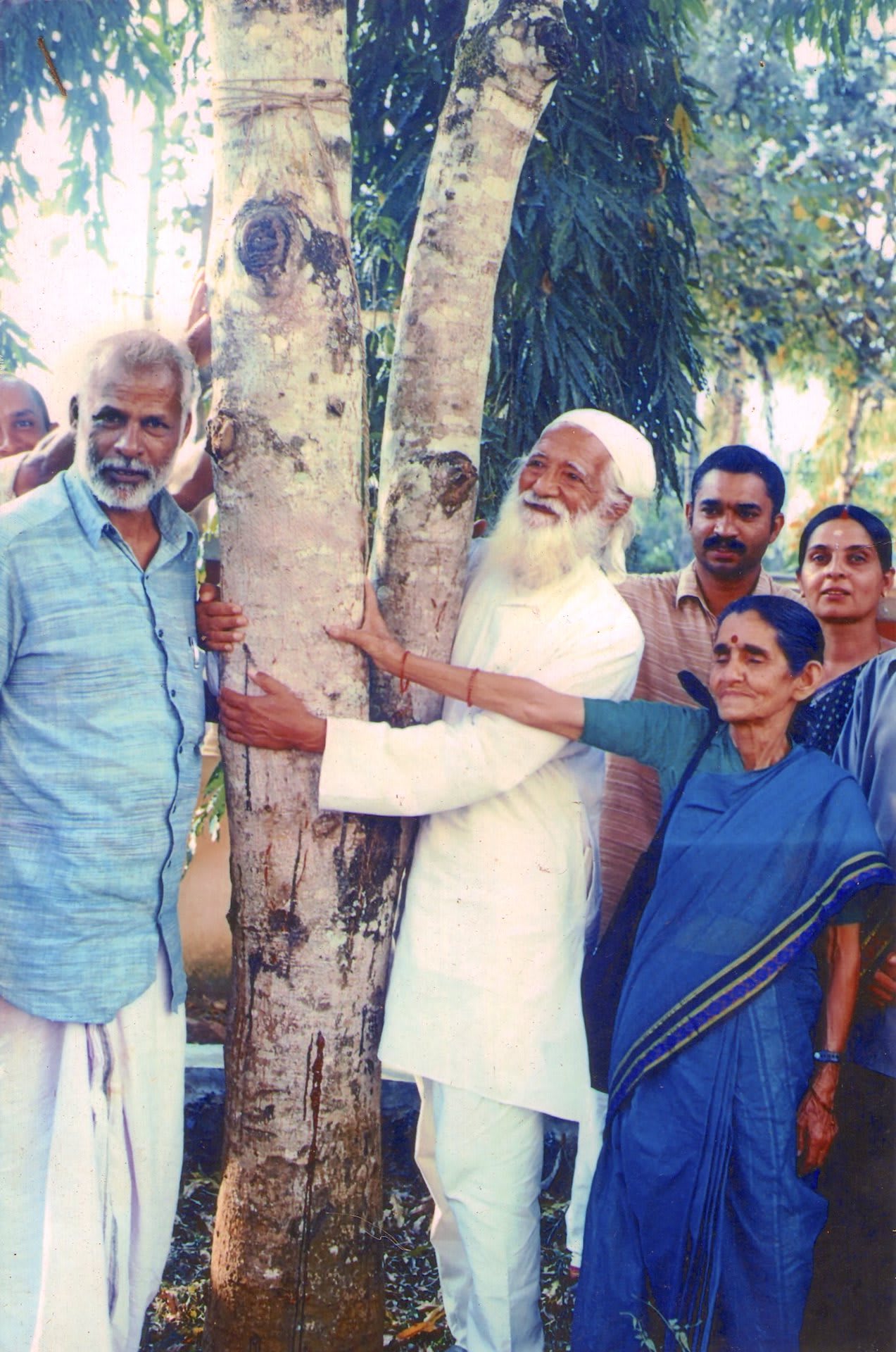 He contributed to many constructive causes such as the Bhoodan ( gift of land) movement and evolving an alternative development strategy for the Himalayan region rooted in a combination of combining environmental protection with sustainable livelihoods.

He spent his last days in  Dehradun at his daughter’s home. Last year when I wrote the biography of Sunderlal and Vimla Bahuguna and went to Dehradun with my wife Madhu to present the book to them, he was eager and happy to converse, despite being weak.  He was being looked after with great care by Vimla, helped by their daughter Madhuri.

He leaves behind Vimla and three children, Madhuri, and two sons Rajiv and Pradeep.

Our best homage to him will be to work for combining environmental protection and sustainable livelihoods.

(Bharat Dogra was close to Sunderlal Bahuguna for more than four decades. His recent books include Vimla and Sunderlal Bahuguna—Chipko Movement and the Struggle Against Tehri Dam Project. The views expressed are personal.)

NGT comes to the rescue of Kashmir’s Doodh Ganga