Qurban Haidri, whose student visa expired on August 31, recently completed his master’s degree in computer applications from Jawaharlal Nehru University. His online petition to seek an extension of visas for all Afghan students in India has garnered around 40,000 signatures, writes SAMRIDDHI SAKUNIA

WITH the takeover of Afghanistan by the Taliban, several Afghans who were staying in peace in the cities since 2011 are desperate to leave the country. Though there has been a global outpouring of grief and sympathy for Afghans, not much has been talked about the fears and worries of Afghan students in India whose visas are about to expire in the next few days.

Qurban Haidri, who recently completed his master’s degree in computer applications from Jawaharlal Nehru University (JNU), fears for his life if deported back. Haidri, whose student visa expired on August 31, has started an online petition to seek an extension of visas for all Afghan students in India. The situation for these has become more difficult with the Taliban not officially recognised by the world community.

A person who overstays in India after the expiry of his/her visa or violates the conditions of the visa or contravenes the provisions of the Foreigners Act, 1946, “shall be punished with imprisonment for a term which may extend to five years and shall also be liable to fine”, according to Section 14 of the Act.

According to Section 4 of the Passport (Entry into India) Act, 1920, any person who has “contravened or against whom a reasonable suspicion exists that he has contravened any rule or order made under Section 3” may be arrested without a warrant.

Also read: Why the Afghanistan crisis underscores the need for a refugee law

Fear of death on return to Afghanistan

Haidri, whose two elder brothers have been part of the security establishment under both the Ashraf Ghani and Hamid Karzai regimes,  fears that if India sends him back to Afghanistan, he will be executed by the Taliban. 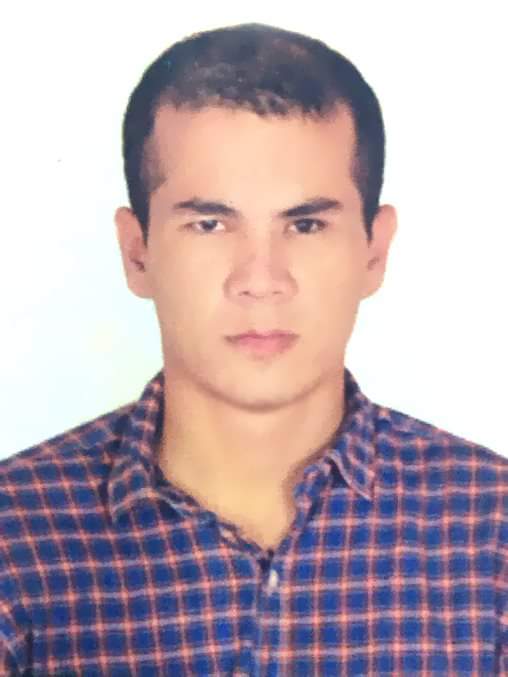 “I don’t know what the Taliban will think of me if I go back—it can assume that I was an Afghan soldier and shoot me in the head or capture me. I don’t trust them. Why do you think Afghans are fleeing? They don’t trust the Taliban. I will return maybe when the Afghans start fighting for their rights against the Taliban,” he adds.

Around 40,000 signatures in online petition

Haidri’s online petition has close to 40,000 signatures. After his visa expired on July 12, he got it extended till August 31. “Despite a circular issued by my university, I haven’t received my bonafide letter. It is compulsory for my visa application; I have visited the department many times but couldn’t get it. Without an application, I can’t apply for a visa extension.”

Haidri breaks down the process of visa extension and how Afghan students can get admission in India. Since he was granted a scholarship through the Indian Council for Cultural Relations (ICCR), he got admission to JNU. Another way to get admission in India is to apply to ICCR or enroll in any private college. A student can get his/her visa extended by uploading the bonafide letter on the ICCR website.

Haidri, whose family stays in Mazar-e-Sharif, the fourth largest city of Afghanistan which was captured by the Taliban on August 14, shares the grim situation in the city. “People aren’t free to work and do things according to their wish,” says Haidri, who belongs to the Hazara community, the third-largest ethnic group in Afghanistan, often attacked by the Taliban.

“I somehow manage to talk to my family only once a week after the Taliban cut all communication and jammed the Internet. My sisters and niece aren’t allowed to step out without a hijab and have to follow the Sharia,” says Haidri, whose mother warned him last time “to not return to Afghanistan”.

Describing his family’s dire financial condition, Haidri, whose mother is a housewife, says that their “savings would exhaust in a month and hunger would be a bigger problem than the Taliban as there are no jobs”. His two brothers are jobless after the construction company that employed them shut down following the Taliban’s takeover. “My brother-in-law, who was with the erstwhile Afghan National Army, and his family stare at a bleak future with only his savings to suffice for their needs,” adds Haidri.

“To study and earn money in India to support my family is only possible with a visa extension. I am seeking another ICCR scholarship. As soon as I get it, I will start looking for a job,” he says, adding that everybody he knows in Afghanistan is in a precarious financial situation because there are no jobs in both public and private sectors”.

ICCR has offered 1,000 scholarships to Afghan students in the current academic year of 2021/2022. “ICCR offers full scholarship plus a stipend to students and they don’t have to depend on their families for tuition fees and other expenses.”

Also read: Afghanistan: Behind the Smoke and Mirrors

“When I was 12 years, I lost my left arm in a bomb blast in Mazar-e-Sharif. It is terrible and painful for a 12-year-old to undergo 18 surgeries. The Taliban killed one of my elder brothers in 2015,” says Haidri recounting the horrible experience he and his family went through under the previous Taliban regime.

Denying the Taliban’s claims of being a moderate version of their earlier regime, Haidri says, “Unless you are in Afghanistan, you cannot realise what is happening to our families. Women aren’t allowed to go out without hijab and they cannot pursue higher studies. The Taliban is fooling the world by claiming to have changed their approach. Taliban is anti-women; it is against their rights to work or study.”

There are approximately 14,000 Afghan students in India with more than 4,000 concentrated in Delhi and about 3,000 in Maharashtra. They can either start a new life here with the government’s permission or return to live under the Taliban rule. “I will seek appropriate assistance from the government,” Kerala governor Arif Mohammad Khan recently assured a delegation of stranded Afghan students during a meeting organised by NGO called Sarhad.

The same assurance has been given by Maharashtra’s minister of higher and technical education Uday Samant, who also promised to form a committee to help the stranded students.

Though Union minister for education Dharmendra Pradhan hosted a virtual meeting with the vice-chancellors of 45 Central Universities on September 3, the plight of Afghan students was not on the agenda. Haidri and 13 other students of JNU are awaiting a reply to their request for a visa extension from the ministry of external affairs.

(Samriddhi Sakunia is an Odisha-based freelance journalist. She writes on education, health and politics. The views expressed are personal.)

@Samriddhi0809
Samriddhi Sakunia is a freelance journalist in Odisha.