ADM Jabalpur: The Case that was but should never have been!

“When histories of nations are written and critiqued, there are judicial decisions at the forefront of liberty. Yet others have to be consigned to the archives, reflective of what was, but should never have been.”

Declaration of Emergency and suspension of fundamental rights

On 25 June, 1975 the President of India in exercise of his powers conferred by Clause (1) of Article 352 of the Constitution declared Emergency, stating that “a grave emergency exists whereby the security of India is threatened by internal disturbances.”  With this proclamation, Part XVIII of the Constitution of India, which provides for ‘Emergency Provision’ was activated. Under this chapter, Art. 359 of Constitution provides that on proclamation of Emergency, the President may declare that the right to move any court for the enforcement of fundamental rights remains suspended.

Read Also: How to declare a National Emergency

So, two days later, on 27 June, 1975 the President, by Clause (1) of Article 359, declared that the right of any person including a foreigner to move any Court for the enforcement of the rights conferred by Article 14, Article 21 and Article 22 of the Constitution will remain suspended for the period during which the Proclamations of emergency is in force.

“In the name of ‘state of exception’, the normal functioning of the Constitution was abrogated.”

Also Read: The Judge who unseated a Prime Minister 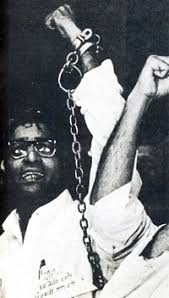 Emergency led to wide-scale abuse of human rights. In the name of ‘state of exception’, the normal functioning of the Constitution was abrogated. Politicians, activists, dissenters all across the board were detained. In ADM Jabalpur too, detenues were detained under Maintenance of Internal Security Act, 1971. They challenged their detention before various High Courts through writs of Habeas Corpus. Notably. the majority of High Courts held the writ of habeas corpus as maintainable.

The Question Before The Court

The matter reached to 5-judge Constitution Bench of the Supreme Court. The prime question before the court was whether the order issued by the President under Article 359(1) of the Constitution suspends the right of every person to move any Court for the enforcement of the right to personal liberty under Article 21, upon being detained under a law providing for preventive detention? Meaning thereby can a writ of habeas corpus by a detainee under MISA before a High be denied on the basis of the Presidential Orders dated 27 June, 1975, under Clause (1) of Article 359 of the Constitution?

The majority of 4 judges (Chief Justice A.N. Ray, Justice M. Hameedullah Beg, Justice P.N. Bhagwati and Justice Y.V. Chandrachud) held that with the proclamation of emergency, and the subsequent suspension of enforcement of Art. 21, no writ lies in court against detention of a person.

The majority held that no person has any locus standi to move any writ petition under Article 226 before a High Court for Habeas Corpus, or any other writ or order or direction, to challenge the legality of an order of detention in view of Presidential Order dated 27th June 1975.

” Any pre constitution rights, which are now included in Article 21, do not remain in existence and cannot be enforced if Article 21 is suspended.”

Ray C.J. held that fundamental rights including the right to personal liberty are conferred by the Constitution. Any pre constitution rights, which are now included in Article 21, do not remain in existence and cannot be enforced if Article 21 is suspended. The court further held that Article 21 is the sole repository of rights to life and personal liberty against the State. Any claim to a writ of Habeas Corpus for enforcement of Article 21 becomes barred by the Presidential Order under Art. 359.  He further observed that where any right which existed before the commencement of the Constitution has been incorporated in Part III, the common law right would not exist under the Constitution.

The Dissent for Rule of Law 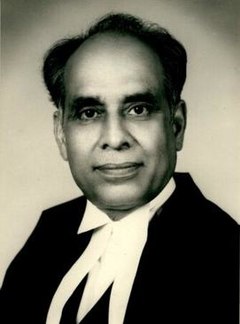 He held that if the right to enforce Art. 21 is suspended then there would be no remedy against deprivation of a person’s life or liberty by the State even though such deprivation might be without the authority of law or even in flagrant violation of the provisions of law. Observing that such a position would be against rule of law, J. Khanna noted that, “without such sanctity of life and liberty, the distinction between a lawless society and one governed by laws would cease to have any meaning.”

Further, he also held that the right to not be deprived of one’s life or liberty, without the authority of law, was not the creation of the Constitution. Such rights existed before the Constitution came into force. And even in the absence of Article 21 in the Constitution, the State has got no power to deprive a person of his life or liberty without the authority of law.  Art. 21 is not the sole repository of the right to personal liberty. Such a right not only follows from common law, but it also flows from statutory laws like the penal law in force in India.

“Further, he also held that the right to not be deprived of one’s life or liberty, without the authority of law, was not the creation of the Constitution”

The overruling in K.S. Puttaswamy

“No civilized state can contemplate an encroachment upon life and personal liberty without the authority of law. Neither life nor liberty are bounties conferred by the state nor does the Constitution create these rights. The right to life has existed even before the advent of the Constitution. In recognising the right, the Constitution does not become the sole repository of the right.”

With this, the judiciary has attempted to bury the darkest chapter of its own history, but only time will tell whether it has been finally buried.

Also Read: Are We Condemned to Repeat History

Education, a casualty in the pandemic violating rights of students

Is Bihar a Police State in the Making?

With LG at Helm, Expect Policy Paralysis in Delhi