As space launches increase there is an urgent need to set up Space Traffic Managements to regulate the flow in the already congested outer space. The vexed issue of debris floating in space also needs to be addressed. For any regime to be successful, there needs to be an international consensus and a legal binding. Only then can we have a safe and sustainable environment to conduct space activities.  Syed Tamjeed Ahmad, a postgraduate in law from Leiden University, delves into the issue that cannot be ignored anymore.

SPACE launches have become a normal activity in recent times.

The space sector that gradually developed into a space industry, is now rapidly transforming into a space economy. More and more areas are now using data collected from outer space for augmentation of their businesses. From telecommunications to map services to broadband to remote sensing, outer space is being increasingly used for numerous purposes.

Activities in outer space have seen a tremendous change not only in their magnitude but also in terms of actors.

The development of CubeSat has changed the space market dramatically. They are more economical and offer more flexibility to their owners, thus helping them to expand their business. This has democratised access to outer space as even start-ups and small industries can now use satellite technology to augment their businesses. Indeed, these promising figures ensure that in the coming days, we would see a tremendous rise in space objects.

This situation will trigger, or instead has triggered, a problem of space congestion. This is further fuelled by the increasing problem of space debris. Perhaps, the most apparent evidence of this problem is the constant collision avoidance manoeuvres that are performed by the International Space Station (ISS). Moreover, apart from the predicted increase in space launches, we may also see suborbital flights in the coming future that would further burden the already congested outer space.

This is precisely why the concept of Space Traffic Management (STM) becomes extremely important.

Unfortunately, there are not many in-depth studies on this topic. The first most comprehensive study on the subject was conducted by the International Academy of Astronautics in 2006. The report defined space traffic management as “the set of technical and regulatory provisions for promoting safe access into outer space, operations in outer space and return from outer space to Earth free from physical or radio-frequency interference”.

Every policy or technological advancement has to overcome technical and regulatory barriers.

No country has suzerainty over outer space

Under international space law, no country has suzerainty over outer space, and it is accessible to every Nation for peaceful purposes. On the other hand, airspace is regulated, and management of air traffic within its airspace is an obligation upon the State. Still, there is no such obligatory push for States to develop STM regimes. 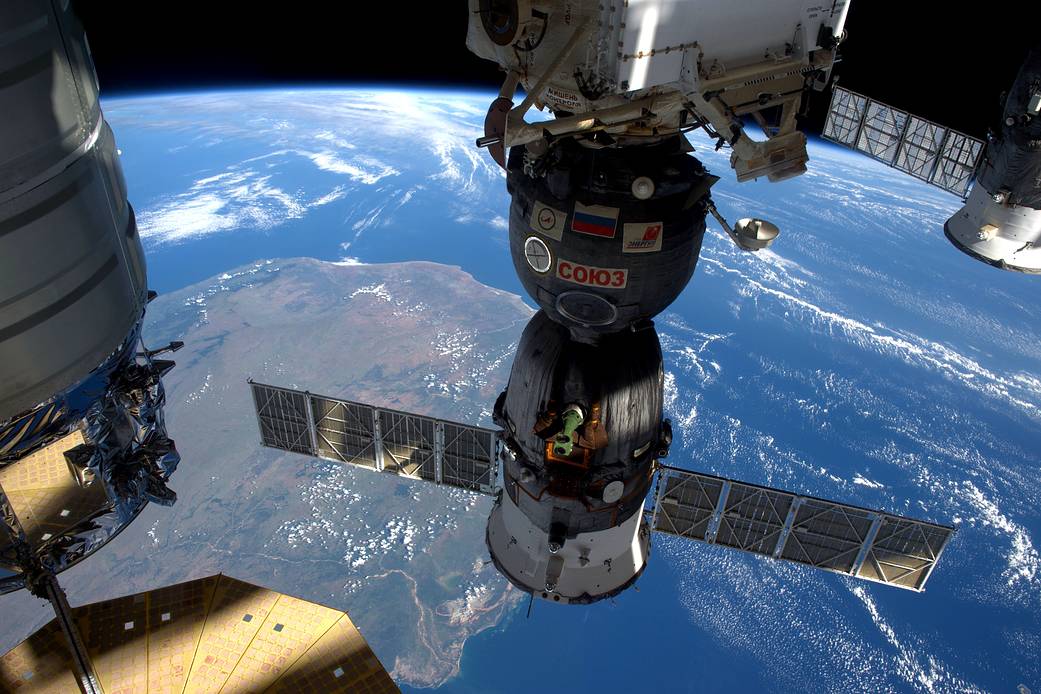 This lack of a legal warrant on STM has ostracized the entire concept. Most states don’t see an imminent need for an STM regime. However, STM is complicated by the fact that the paths used by space objects for entering or exiting outer space involve crossing the airspace of a particular state, managed by its air traffic controller. It is this interaction, between air traffic controller and space traffic, that calls for cooperation between aviation regulators and stakeholders of the space industry to develop a functional STM system.

The International community at large has made several efforts to decongest outer space. Various multilateral or bilateral agreements have been entered into for preventing collision in outer space.

One of the most crucial aspects in this regard is space debris mitigation. It was not until the mid-1980’s that the subject started generating interest. Various national space agencies enacted their protocols but soon realized that the question of space debris cannot be tackled individually. It requires a concerted effort by the International community at large.

Space Debris is a Problem

In 1993, the Inter-Agency Space Debris Coordination Committee (IADC) was formed and it came out with guidelines for mitigation of space debris. These guidelines cover the planning and design of the spacecraft to ensure the minimum creation of space debris during operations.  Apart from this, we also have the space debris mitigation guideline issued by the UN Committee on the Peaceful Uses of Outer Space (UNCOPOUS), and the same was endorsed by the UN General Assembly in 2007.

Regulating STM involves addressing contentious issues like delimitation of outer space, which has been debated for several decades, but till now no agreement has been reached.

Any STM regime will restrict the freedom in outer space, and so for any regime to be successful it has to have international consensus.

As of now, there are two schools of thought regarding the implementation of STM. The first is that re-interpretation of space treaties can be used to achieve substantial implementation of the STM regime along with soft law measures based on international consensus. The other is more radical, which suggests that there should be a new international binding agreement to achieve a successful STM regime.

The most visible proponents of the radical school are the authors of the IAA study. The study suggests that there should be a “rigid international intergovernmental agreement on STM” and, in the future, an “Outer Space Convention” can be enacted to govern the entirety of International space law by superseding all existing treaties. 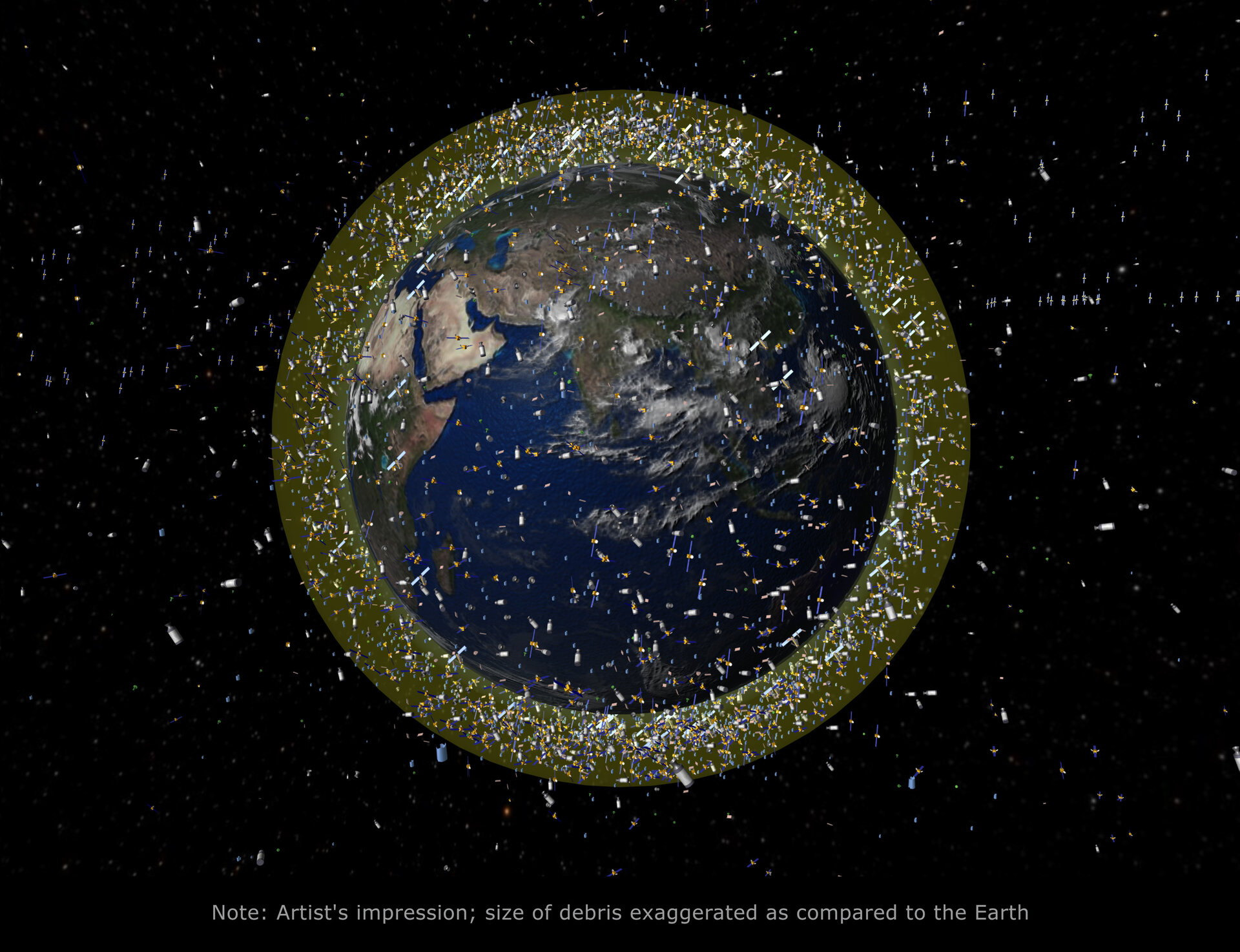 Regulating STM involves addressing contentious issues like delimitation of outer space, which has been debated for several decades, but till now no agreement has been reached. Similarly, STM would also require clarification on the term, “launching State” that has no clear definition till now and even the launching state resolution does not explicitly define this term.

Moreover, STM also requires data sharing between States and International organisations. It is highly unlikely that States would agree to a treaty that mandates data sharing in matters of outer space, that has substantial defence applications.

Lastly, every space object transits through the airspace and would require collaboration with Air Traffic Management, which is exclusively governed by the Chicago Convention. It appears very far-fetched that States in the near future would agree to a treaty that delimits their use of not only outer space but also revisits their suzerainty over their own airspace.

The first thing that can be done with regards to an STM regime is establishing “Rules of Space”, similar to the “Rules of Air” in air traffic.

Thus, given the present state of affairs in International space diplomacy, it is highly unlikely that a new space treaty on STM can be a reliable option.

Coming to the more liberal school of thought, which suggests reinterpreting space law and supplementing it with soft law measures for implementing the STM regime, appears to be a more realistic option. The first thing that can be done with regards to an STM regime is establishing “Rules of Space”, similar to the “Rules of Air” in air traffic. This can be achieved in the form of guidelines that can be issued by UNCOPOUS and which, like the guidelines on space debris mitigation, can also be endorsed by the UN General Assembly.

Secondly, international consensus can be reached to make an accessible platform for Space Situational Awareness where data sharing and a consensus for technology transfer can be worked out.

Finally, it has been suggested that the STM regime would have to follow either the International Civil Aviation Organisation model or the International Telecommunication Union model. However, what appears more practical and realistic is that a new body like the IADC can be created to approach the issue of STM by soft law measures and strive for consensus at the International level.

As more and more countries open up their space sector for private corporations, the regulation of space traffic will acquire substantial significance. In the present day, the most feasible and realistic option appears to be a liberal approach towards existing space law principles. This has to be supplemented with soft law measures and consensus-building at the international level. It is expected to trickle down the acceptance for a robust and dynamic STM regime amongst countries and ensure the safe and sustainable conduct of space activities.

(Syed Tamjeed Ahmad is an associate with Sarin & Co. He holds an advanced LLM degree in Air & Space Law from Leiden University. Views expressed are personal.)

@
Syed Tamjeed Ahmad is an advocate working as an associate with Sarin & Co. He holds an advanced LLM degree in Air & Space Law from Leiden University.